Covid US: Florida children may have to repeat a school year #Englishheadline

The Centers for Disease Control and Prevention (CDC) has admitted it did not perform contact tracing on flights...
Read more

By Ross Ibbetson For Mailonline

Florida is considering a bill to allow parents to have their children repeat a year of school to make up for lost learning during the pandemic.

Remote leaning introduced last spring and frequent quarantining restrictions at many schools across the state has caused kids to fall behind in class.

Democratic state Senator Lori Berman introduced her proposal ‘because online learning is self-directed school work that requires discipline, many elementary and middle school students may not be thriving.’

Parents of elementary and middle school students would have until June 30 to request their child repeat a grade next year. 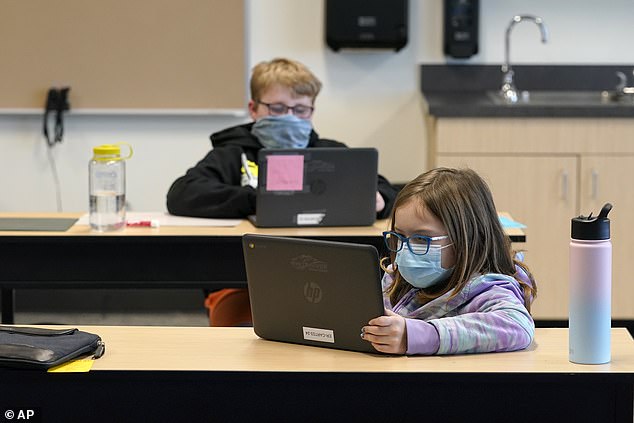 Students wear masks as they work in a fourth-grade classroom at Elk Ridge Elementary School in Buckley, Washington. Children across the states have faced academic setbacks over closures and quarantining measures

‘We know that the COVID slide is real and troubling,’ Berman told the Miami Herald.

‘This would give parents the opportunity to hold their child back for one year only.’

Any students who were held back could not be moved back up during the year, the bill states.

Republican Governor Ron DeSantis said last year he would back the idea, saying ‘parents may, at their discretion, choose to keep their child in the same grade for the 2020-2021 school year.’

However, he never legislated the promise in any emergency or executive orders, despite pushing for schools to reopen.

Berman’s bill has another two hearings in the Senate, while a companion bill is expected to pass before the House shortly.

She told Fox: ‘There are indications that more students are failing as a result of the COVID slide, and hopefully they can improve. But I believe there is a real need for this bill to help our struggling students.’

There have been concerns raised by Education Commissioner Richard Corcoran over how the bill might affect student athletes who could be limited by not being able to compete in the appropriate age group. 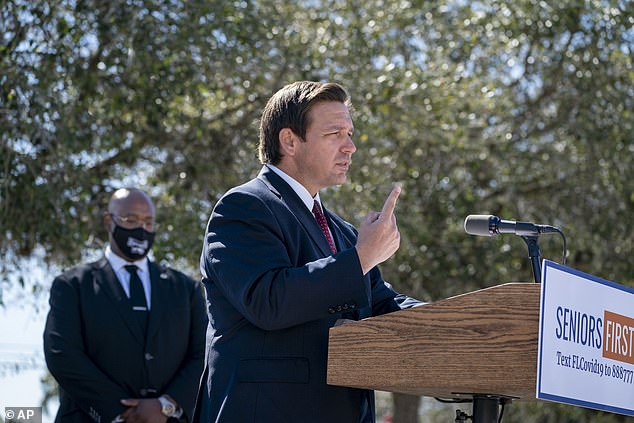 Republican Governor Ron DeSantis said last year he would back the idea, saying ‘parents may, at their discretion, choose to keep their child in the same grade for the 2020-2021 school year’ (pictured at a press conference in Pahokee on Wednesday)

Berman said she’d discussed those concerns with Corcoran and hoped an amended bill would be satisfactory to ease his concerns.

‘One of the reasons why we amended the bill overall down to K-8 was so that we would not run into a lot of the issues that happened in high school with eligibility and things like parents wanting their child to attend prom,’ Berman told the Herald.

Asked whether Corcoran would support the amended version she said wasn’t 100 percent sure, ‘but I am hopeful.’

Russian girl, nine, is pulled under a train and killed as...
Read more

President Biden has agreed to lower the income cap for stimulus checks as part of his $1.9 trillion COVID-19 relief bill, The Post...
Read more

The battle over redrawing the political map for Santa Barbara’s five supervisorial districts has heated up yet again and we’re still seven months...
Read more