‘I want to be the type of manager who is always there for my players,’ says Rangers’ Steven Gerrard #englishheadline

To Steven Gerrard, the role of Rangers manager is about much more than tactical innovation or smart recruitment, as important as those aspects might be.

It’s about remembering the person behind the player and leading with care. It’s about looking for any sign that something is wrong. And being there to listen when that problem is unburdened.

His own playing career had difficult moments amid the glory. Not least the infamous slip as Liverpool chased the title in 2014. Responding to adversity was always a strength, but world-class talent could not insulate Gerrard from all the issues that can affect a life away from the football pitch. 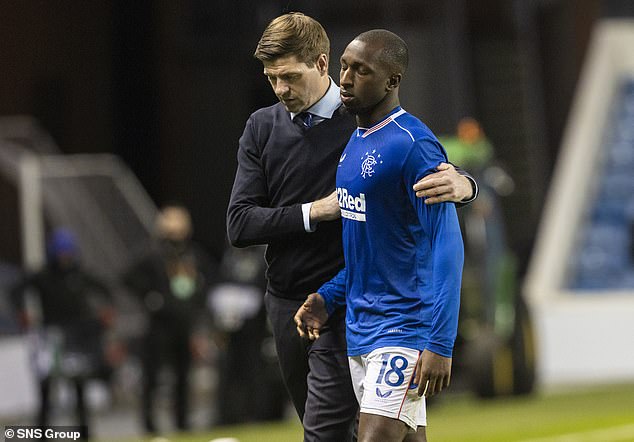 As Liverpool captain, he sought to help team-mates experiencing their own problems. That responsibility is felt even more keenly now he is the man in charge at Ibrox. Success on the pitch, achieved emphatically by this season’s Premiership title, is not the entire equation.

Throughout it all, Gerrard has learned and preached the importance of opening up to speak about what you are going through.

It was a point further emphasised when he took part in a Zoom meeting of Team Talk, an initiative run by the Rangers Charity Foundation and sponsors 32Red that encourages discussion between fans affected by mental health issues.

‘In life, there are certain things that are above football,’ said Gerrard. ‘None of us want to say that because we all love the club. 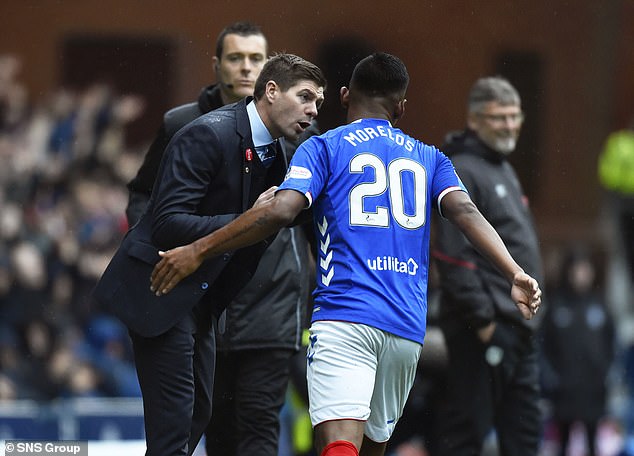 ‘Growing up at Liverpool and now being here at Rangers, football is a big part of my life.

‘But as a manager, you have to deal with certain things that are above football.

‘It could be a player loses a family member or a loved one could have a terminal illness, for example.

‘These are things which fans and people on the outside don’t see. It’s my job to make sure I’m as big a support as I can be. There are times when I have to put football secondary.

‘They might need to be away from the game and get some family time. They might need on-going support or someone to open up to in a one-v-one situation so they can get things off their chest.

‘I want to be the type of manager who is always there for my players and my staff. 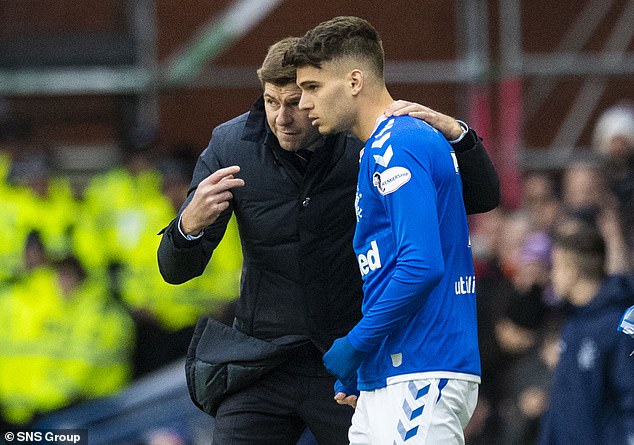 ‘It can’t always be football. I need to be that care and support for them from a lifestyle point of view as well.’

He regards observation as a starting point. Knowing the personalities of each and every member of his squad makes it easier to detect any problems.

‘I would like to think I’m a good judge,’ added Gerrard. ‘When you build relationships with people you know how they are feeling. You can try to read their behaviours.

‘Because I was a captain so early I always liked to ask people how they are. I like to take people away and have coffees with them and try to get a feel for how people are feeling away from the game. 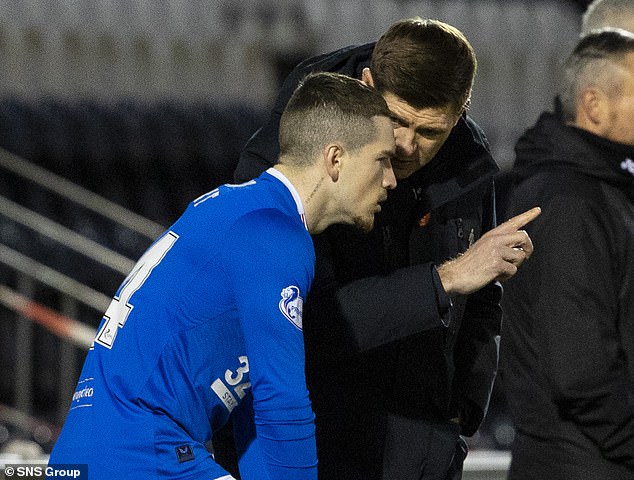 ‘Obviously I’ve got that on a bigger scale now, being a manager. You have to be there for the full group.

‘I want to be that manager where they are comfortable coming to share things with me if it is going to help them. My door is always open.

Lockdown presented its own challenges. Especially for overseas players who might have felt ever more detached from family and friends.

Zoom was used for discussion within the squad, quizzes and tactical presentations – as well as a means of connecting the men’s, women’s and youth set-ups.

Four-and-a-half years on from his retirement as a player, following a spell with LA Galaxy, Gerrard is still able to easily reconnect to the lives of those in his dressing room.

‘And on the back of those cruel lows you can have some real days when you don’t feel great and you are a little bit down and you need people around you to help you pick yourself up.

‘What I will say is I am quite mentally strong in terms of bouncing back. I’ve come to terms with accepting that during being a player or a manager it’s going to be a journey of highs and lows.

‘You have to deal with the bad days as well as the good days and have that bouncebackability to always come back stronger. But there is no doubt about it, I’ve had some down days and some low days during my career.

‘From a personal point of view I’ve also had some setbacks in life to do with family members and stuff.’ 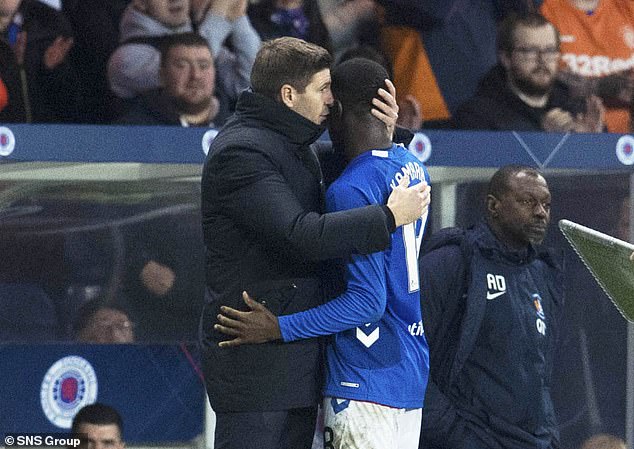 Gerrard is clear to point out in discussion with the 25 fans that his experiences pale beside the life-or-death issues some of them have faced. But that central message of communication remains paramount.

‘The thing for me is never, ever feel alone,’ he said. ‘No matter where you are, there’s always someone or a group of people, whether they’re friends, family or courses like this, that can help you with your own personal experiences and direct you to a better place.

‘I admire all of you for coming on. Sometimes as men you feel too proud to open up. But for me it’s certainly for the better.’

*Rangers have secured a five-year partnership extension with 32Red, who will continue to deliver Team Talk – a men’s mental health initiative that gives Rangers fans a support network to share their own mental health experiences.

Barcelona: Laporta has stopped short of backing Koeman and now Xavi is waiting in the…

Euro 2020: Spain’s need for a new striker is greater than another defender…