Dramatic surveillance footage shows the moment that a woman’s car plunged 70 feet from an overpass after she crashed through a guardrail on an interstate ramp – but miraculously survives with only minor injuries.

Video of the February crash in Milwaukee, Wisconsin, has been released by officials as the driver faces drink driving charges.

The driver, who was identified as 27-year-old Kelce Brianna Gold was arrested at the scene on drunk driving charges. She has pleaded not guilty and is due back in court next week.

Gold allegedly waited in the wreck for an hour and a half after calling her boyfriend for help rather dialing 911.

When cops finally arrived after being called by a passerby, she told them: ‘I’m bad with directions.’

Authorities say she was driving from the south on I-94 and was heading west toward Madison when she launched off a snow bank on the side of the highway.

The footage, which was captured on Wisconsin Department of Transportation cameras in February, shows a car driving down a ramp on the Marquette Interchange and begin to swerve, breaking the guardrails and plunging downwards.

The car bounces off another roadway and spins in the air before finally crashing down onto the ground below.

Body camera footage from the Milwaukee County Sheriff’s Department later shows officers approaching the car with its hood and rear completely smashed in and the glass from the windshield shattered while a woman sits inside. 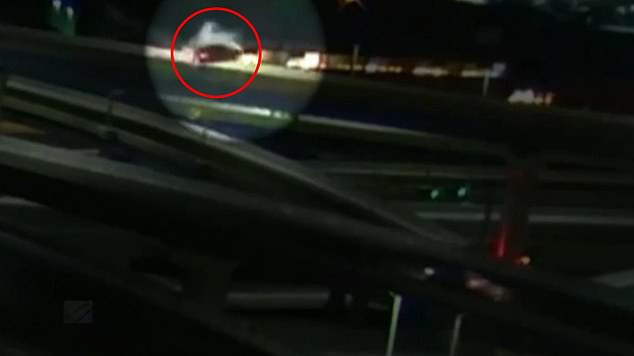 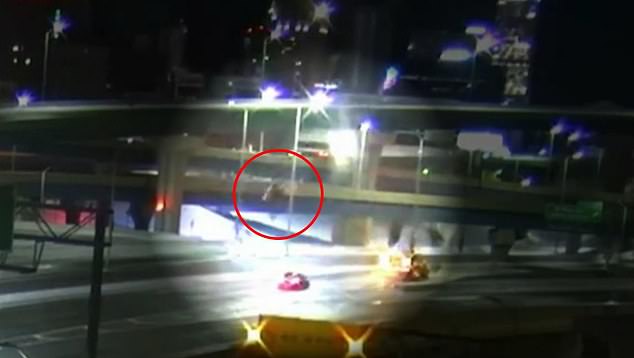 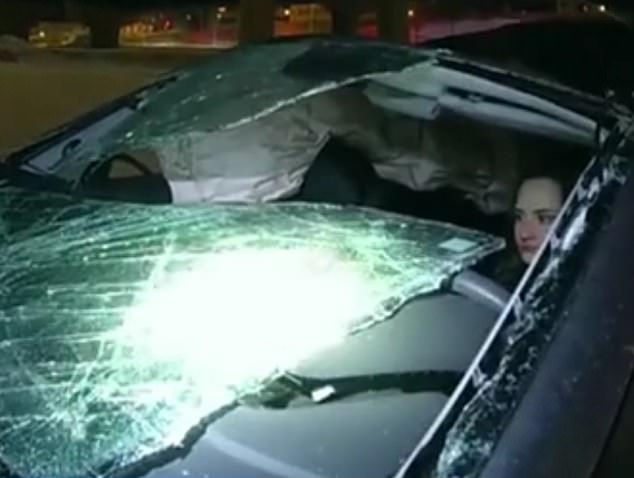 The driver, 27-year-old Kelce Brianna Gold was conscious when deputies approached her and only suffered minor injuries. She allegedly said she was using her phone as a GPS to navigate

One of the officers then tell the woman they have medical services coming, and they ‘don’t want to move you until then.’

‘I want to at least protect you first,’ he tells Gold, who nods in response. ‘I can hear the sirens so I know that they’re close.’

Paramedics treated her on the scene, WISN reports, and she was arrested.

She called her boyfriend instead of reporting the crash to 911, officials said, and waited more than an hour and a half in her beat-up car until a passerby noticed the vehicle.

‘All I saw was a car like off to my left there and in pieces,’ the passerby told 911 dispatchers in audio the Milwaukee Sheriff’s Department released, ‘and I just wanted to make sure it was someone that had already been taken care of.’ 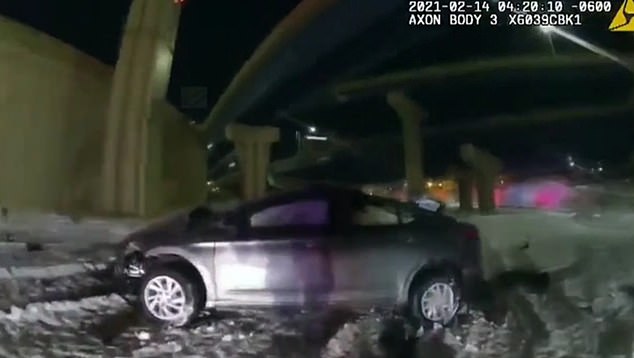 ‘I wanted to make sure there’s not like a human being sitting in the car.’

When officers arrived at the scene, ABC 7 Chicago reports, Gold could not answer how she got there.

‘Ma’am, can you tell me where you were coming from,’ the officer said.

She responded: ‘I’m really bad with directions, so I put everything in my phone and I follow the directions.’

Gold is now pleading not guilty to the drunk driving charges.

She is due back in court next week.

The crash occurred just one week after another driver made the plunge off a different Milwaukee highway ramp.

A pickup truck was traveling on I-94 in February, when the driver suddenly skidded off the eastbound ramp.

The truck hit a snowbank which was stacked up on the right shoulder of the road. 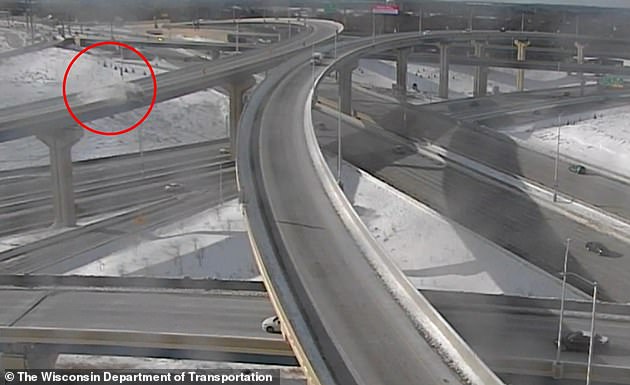 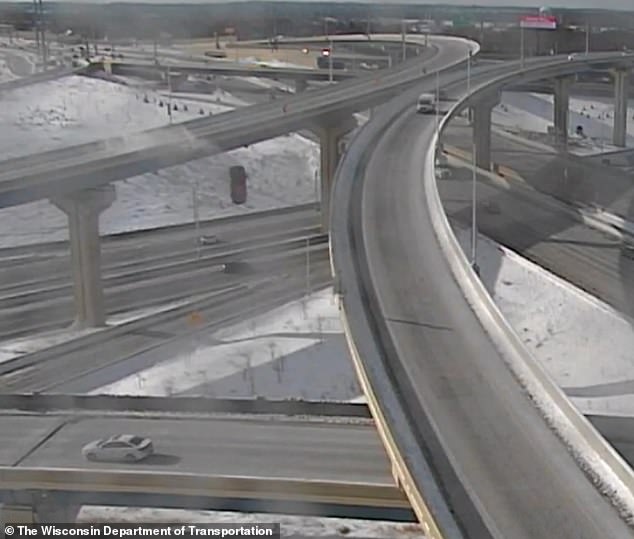 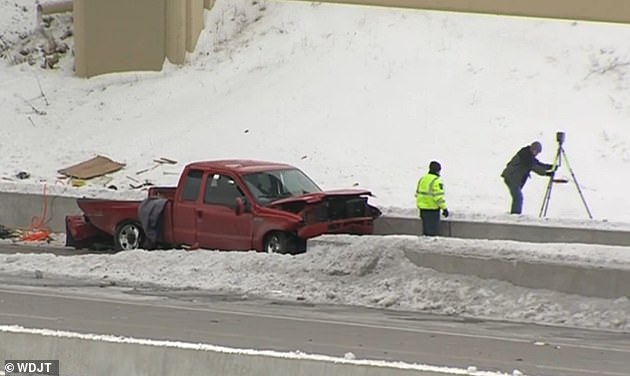 The driver suddenly lost control and went up and over the barrier wall plummeting plunging 70 feet down to the highway below, but landing upright.

Two people helped the driver until sheriff’s deputies arrived at the scene.

Deputies with the Milwaukee County Sheriff’s Office said the driver was still conscious and breathing after the crash.

The sheriff’s office say the driver did not appear to show any signs of being impaired.

He was taken to an area hospital to be evaluated.

Tropical Storm Claudette Forms in the Gulf of Mexico #englishheadline