The floor of Rome’s Colosseum is to be restored to its former glory, it was announced yesterday.

The ground that saw gladiators fight wild animals and each other will again let visitors see ‘the majesty of the monument’, according to Italian culture minister Dario Franceschini.

The new stage will allow visitors to stand in the centre and view the Colosseum’s vaulted walls as they would have been seen by gladiators in ancient Rome.

Engineering firm Milan Ingegneria has won a £16 million bid to build and install a retractable arena floor, with the project set to be completed in two years. 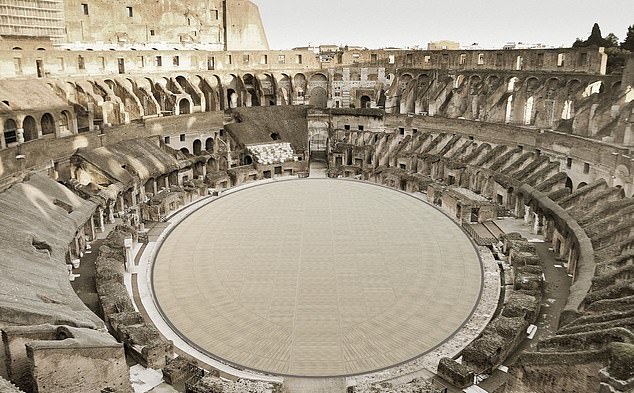 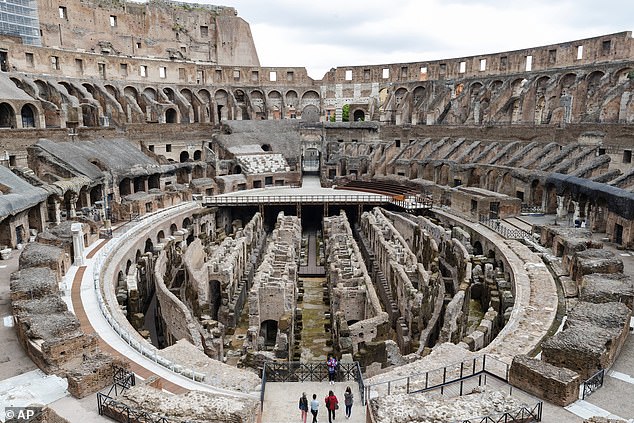 Mr Franceschini said: ‘In 2023, we will have the splendour of the Colosseum with its arena again.’

The new floor will consist of wooden slats fixed into a network of rails. The slats rotate 90 degrees, allowing them to be bunched up to reveal the bottom of the ancient structure.

The mobile system will be able to quickly cover or uncover the underground structures below, to both protect them from rain or allow them to be aired out.

Construction of the Colosseum was during the reign of emperor Vespasian in 72 AD and completed under the rule of his successor, Titus, in 80 AD.

The original stage existed until the 1800s when it was removed for archaeological digs on the subterranean levels of the ancient structure.

The amphitheatre once had a sand-covered wooden floor on top of a network of tunnels and fighters’ waiting rooms.

The floor was removed in the 19th century so architects could excavate the levels below it.

The stage will also be able to host cultural events, Mr Franceschini said. 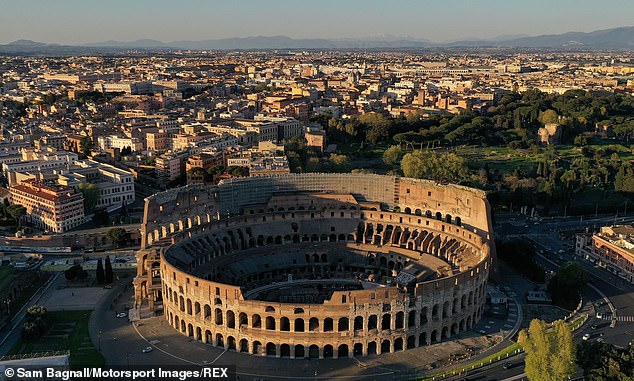 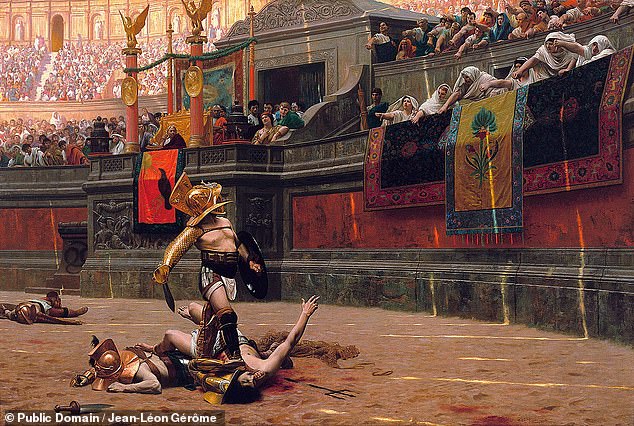 A gladiatorial fight in Rome’s Colosseum, as depicted in ‘Pollice Verso’ an 1872 oil painting by France’s Jean-Léon Gérôme 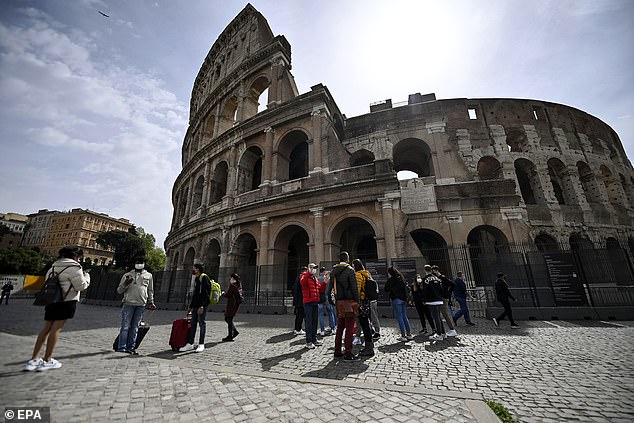 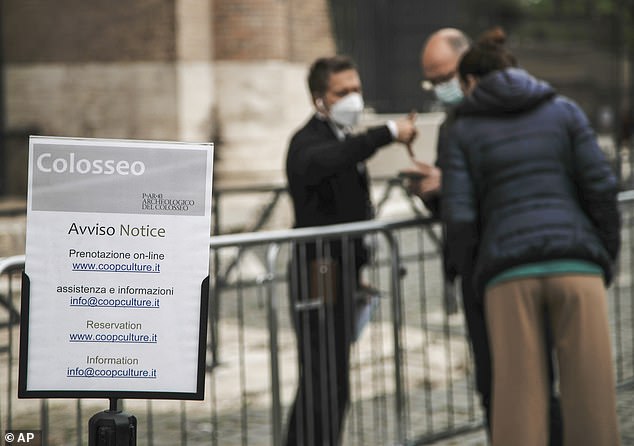 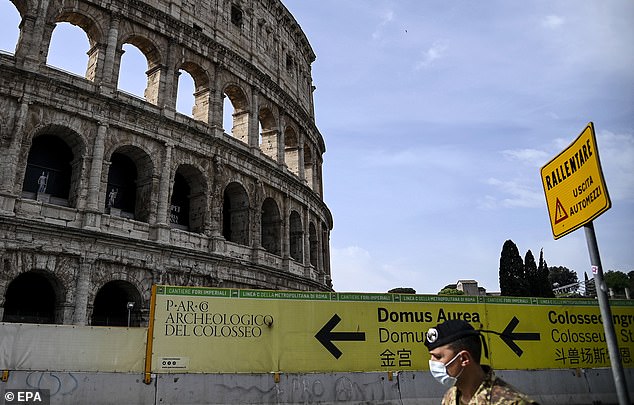 The Colosseum was reopened to visitors last Monday.

The stage was original to the first-century amphitheater and existed until the 1800s when it was removed for archaeological digs on the subterranean levels of the ancient structure, Franceschini said.

The project should be completed by 2023. The mobile system will be able to quickly cover or uncover the underground structures below, to both protect them from rain or allow them to be aired out.

The project is reversible, meaning it can be removed if plans for the Colosseum change in the future.

Since the Colosseum reopened to the public last week after a 41-day closure because of rolling pandemic restrictions, officials set up a one-way itinerary as part of safety measures, and visitors are limited to 1,260 a day, compared with as many as 25,000 a day in 2019, pre-pandemic.

THE COLOSSEUM OF ROME 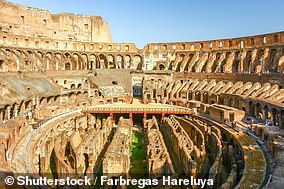 The Colosseum is an oval-shaped amphitheatre — the largest ever built — that stands in the centre of Rome.

Its construction was built during the reign of emperor Vespasian in 72 AD and completed under the rule of his successor, Titus, in 80 AD.

It is believed that it could have housed between 50,000–80,000 spectators, who would have could to see shows of gladiatorial combat, wild animal hunts, acrobats and executions by beast.

Some accounts suggest that, early in its history, it was possible to flood the arena using water from a nearby aqueduct, as to re-enact naval battles.

This practice, however, was likely halted after the emperor Domitian ordered the construction of the ‘hypogeum’ — the elaborate substructure beneath the arena floor which would have housed animals, props and slaves.

15 Animals And Creatures People Found In The Toilet #englishheadline