They've made no secret of the fact they were vying for roles in Thor: Love and Thunder, and Melissa...
Read more

An Indonesian volcano erupted on Tuesday morning spewing a spectacular column of ash thousands of feet into the...
Read more


The Bachelor starring former professional football player Matt James will start production at the end of the month.

And according to a Tuesday report from Deadline, the show will likely debut in January.

There will be heavy restrictions in place during filming to make sure no one gets the coronavirus, it was added. The Bachelorette starring Clare Crawley, which just wrapped filming, did the same. 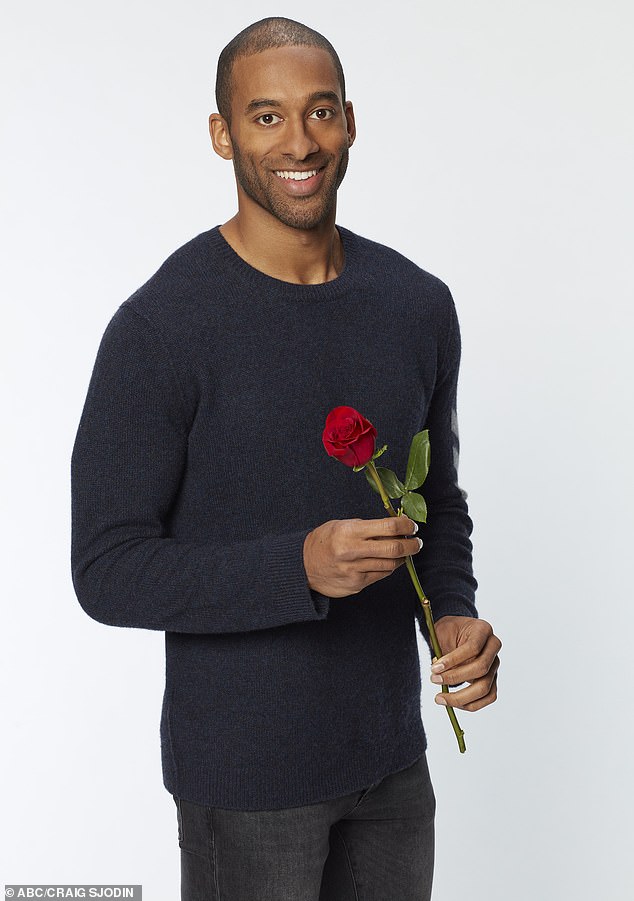 The cameras will roll soon! The Bachelor starring former professional football player Matt James will start production at the end of the month

The series will be filming in one location.

‘Nothing would make us happier than being able to go back and start traveling on location with these shows,’ said Mills.

In June, ABC announced James would be the show’s first Black romantic lead in the show’s 18 year history.

His casting comes in the wake of global protests in support of the Black Lives Matter movement, and amid a very public outcry over the lack of diversity and inclusivity in The Bachelor franchise – led by some of its former stars. 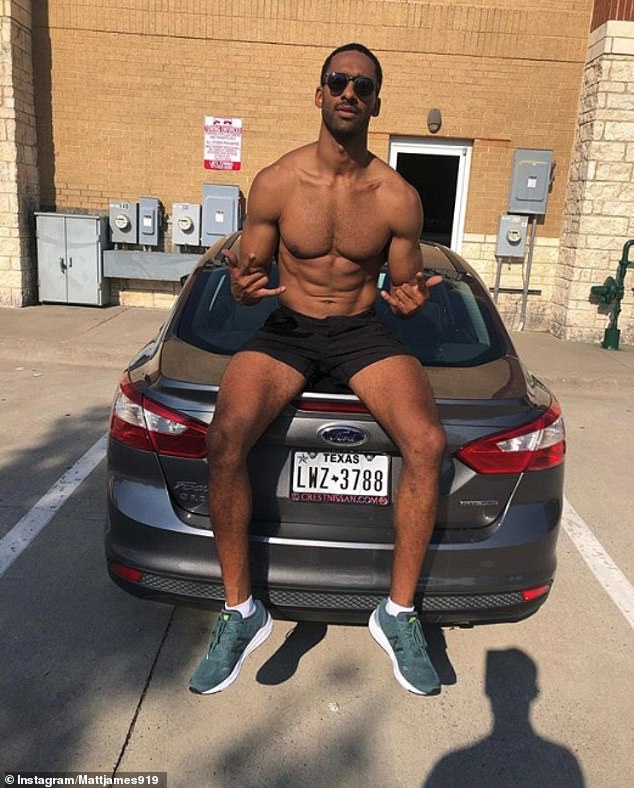 Ready to go: Deadline learned of the shoot date from Rob Mills, SVP, Alternative Series, Specials & Late-Night Programming, ABC Entertainment. The series will be filming in one location

Matt, who is from North Carolina but now lives in New York City, was originally cast by ABC to star in the upcoming season of The Bachelorette, in which he features alongside several men vying to win the heart of former Bachelor star Crawley.

Although the new star of the Bachelor is normally not chosen until after The Bachelorette has aired – with producers often selecting one of the most popular contestants – Matt’s casting appears to have been fast-tracked.

‘When filming [on Clare’s season of The Bachelorette] couldn’t move forward as planned, we were given the benefit of time to get to know Matt and all agreed he would make a perfect Bachelor,’ ABC Entertainment’s president Karey Burke told GMA.

However, producers insist that Matt was being considered as a potential Bachelor star long before the public outcry over the lack of black franchise leads in the past – which saw Rachel Lindsay, the first ever black Bachelorette, threaten to end her association with the show if things didn’t change. 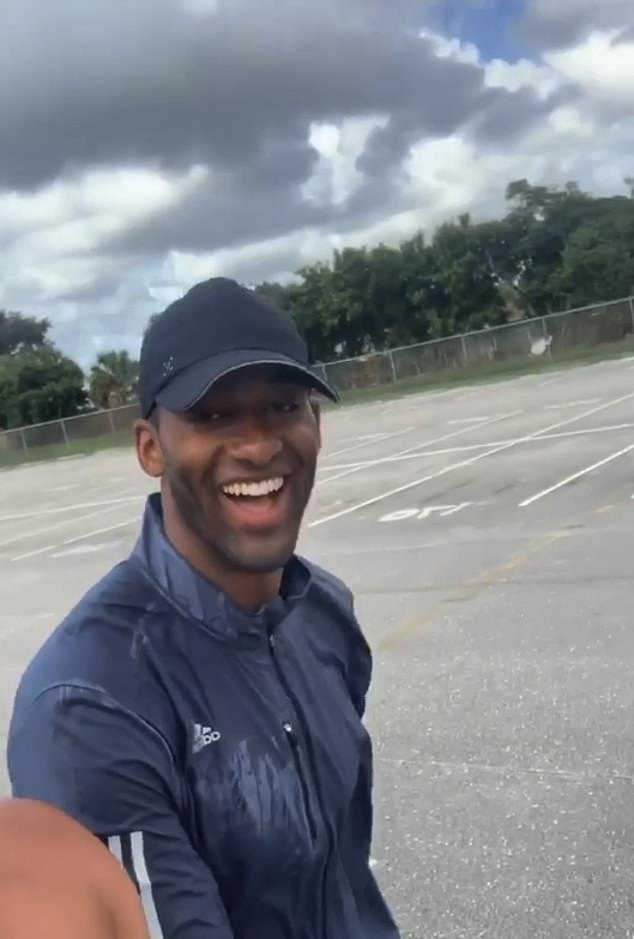 From supporting player to star: Matt, who is from North Carolina but now lives in New York City, was originally cast by ABC to star in the upcoming season of The Bachelorette

‘Matt was somebody who was on our radar and we were thinking about him,’ Rob Mills, who oversees The Bachelor franchise at ABC, told Variety.

‘We were thinking do we announce him early, or do we put him on Clare’s season and then announce him later, if it doesn’t work out with Clare? We didn’t make a final decision until recently, but this has been talked about for quite some time.’

Matt said that his casting is ‘a step in the right direction’ while praising Rachel for speaking out and advocating for change, noting: ‘When Rachel speaks we listen.’ 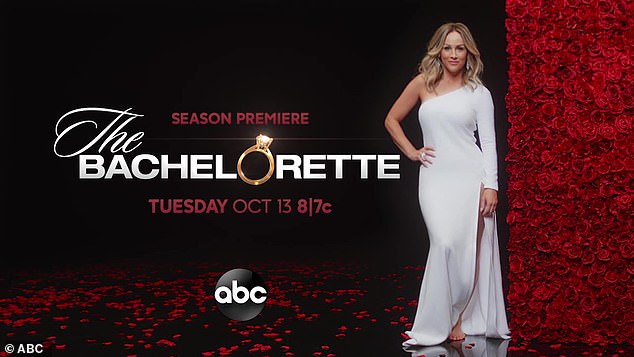 It’s ready to start: The Bachelorette with Clare Crawley will debut on October 13

He added: ‘She has a very important voice in all of this being the first black woman, person of color to have a lead. So I think we’re all following suit in that conversation, and this is hopefully the first of many black men to be in the position that I’m at now.’ 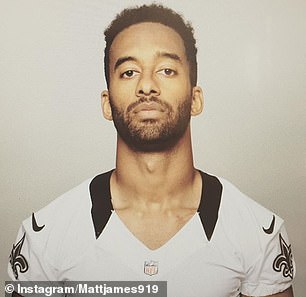 Pro: The Wake Forest graduate actually played football professionally for a few months, both for the Carolina Panthers and the New Orleans Saints (pictured)

When asked whether his casting as the first black Bachelor has come ‘too little too late’, Matt insisted that ‘it is never the wrong time to do the right thing’.

Matt also confessed that he had kept his exciting news under wraps from almost everyone in his life – including his own mother, who found out that her son had been cast as the next Bachelor only when it was announced to the world.

‘She’s going to be excited,’ he said, before adding: ‘Sorry mom but it’s hard for her to keep a secret, so I had to keep it super tight. So she’s just now finding out.’

As well as appearing on The Bachelorette, real estate broker Matt – who attended Wake Forest University, where he played wide receiver for the school’s football team – has another close connection to the ABC franchise. 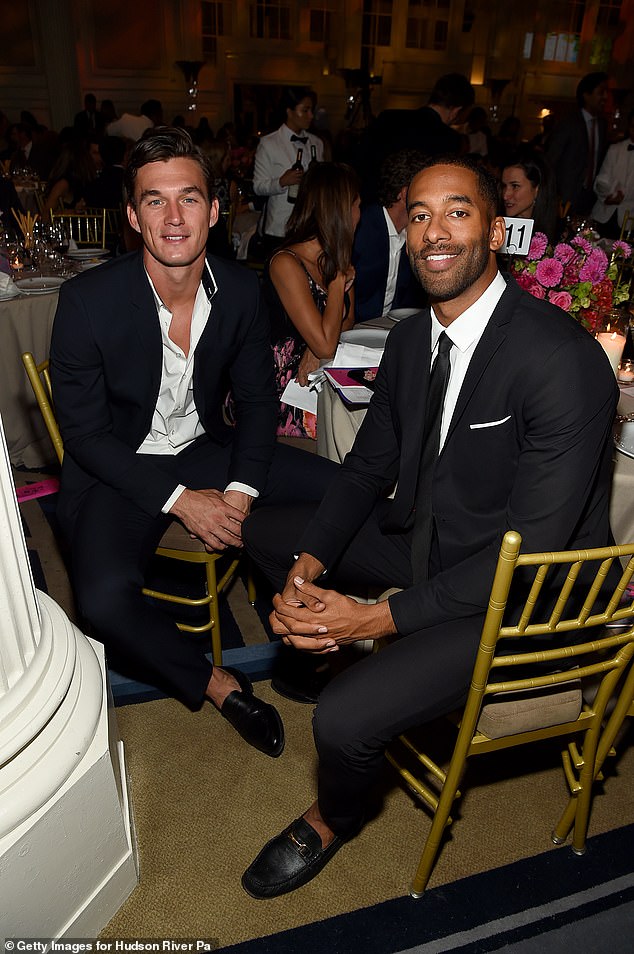 The former football player is close pals with former stars, fellow Wake Forest alum Tyler Cameron, and Hannah Brown, who recently came under fire for saying the N-word in a social media video while rapping along to DaBaby song Rockstar.

Matt even quarantined with Tyler and Hannah for several weeks in March, when the trio formed a self-described ‘Quarantine Crew’ with a few other friends who all holed up together in Tyler’s home in Jupiter, Florida.

Tyler and Matt first formed a close friendship at their college in Winston-Salem, and they currently share an apartment in New York City. In fact Tyler has been credited with helping to get Matt involved in the Bachelor franchise in the first place.

They've made no secret of the fact they were vying for roles in Thor: Love and Thunder, and Melissa...
Read more
Latest News

They've made no secret of the fact they were vying for roles in Thor: Love and Thunder, and Melissa McCarthy and husband Ben Falcone...
Read more