As the nation and the world watched, Sunisa Lee won the gold medal in the individual all-around gymnastics competition on Thursday, extending a U.S. victory streak that began when Carly Patterson earned the title in 2004.

Lee began her competition on the vault, which she executed cleanly. 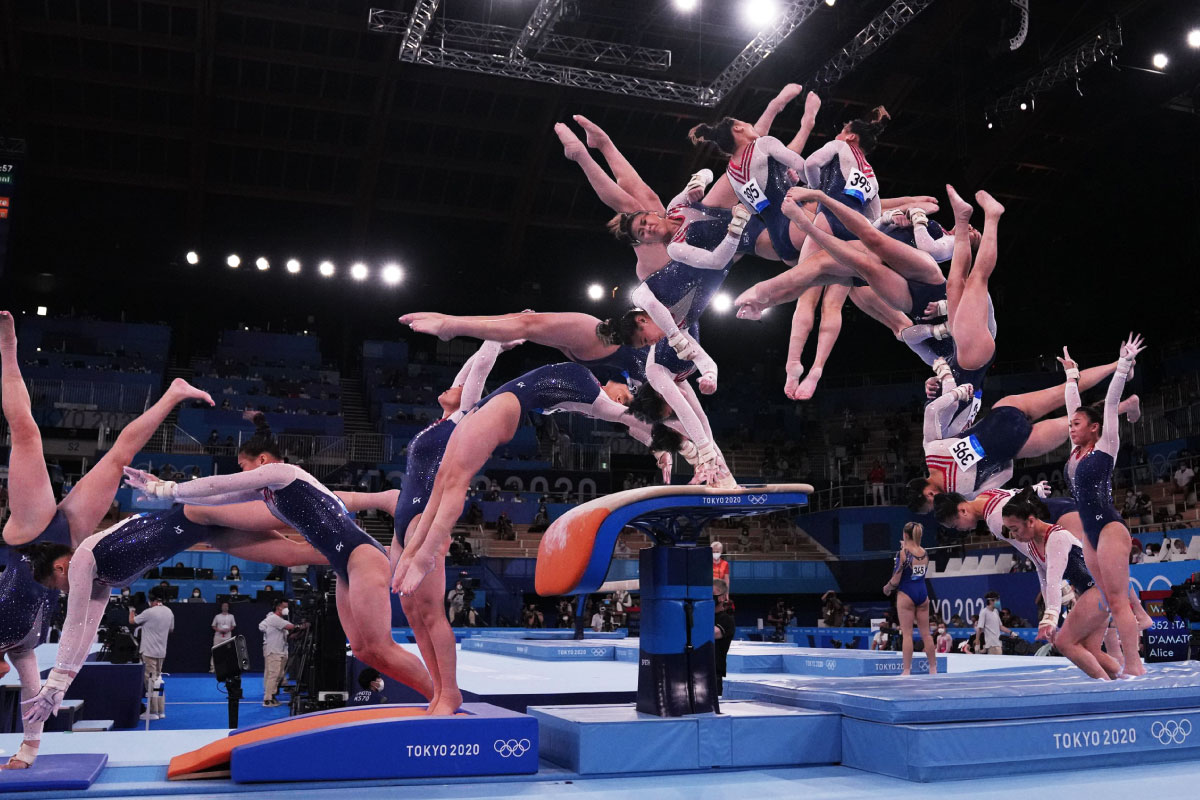 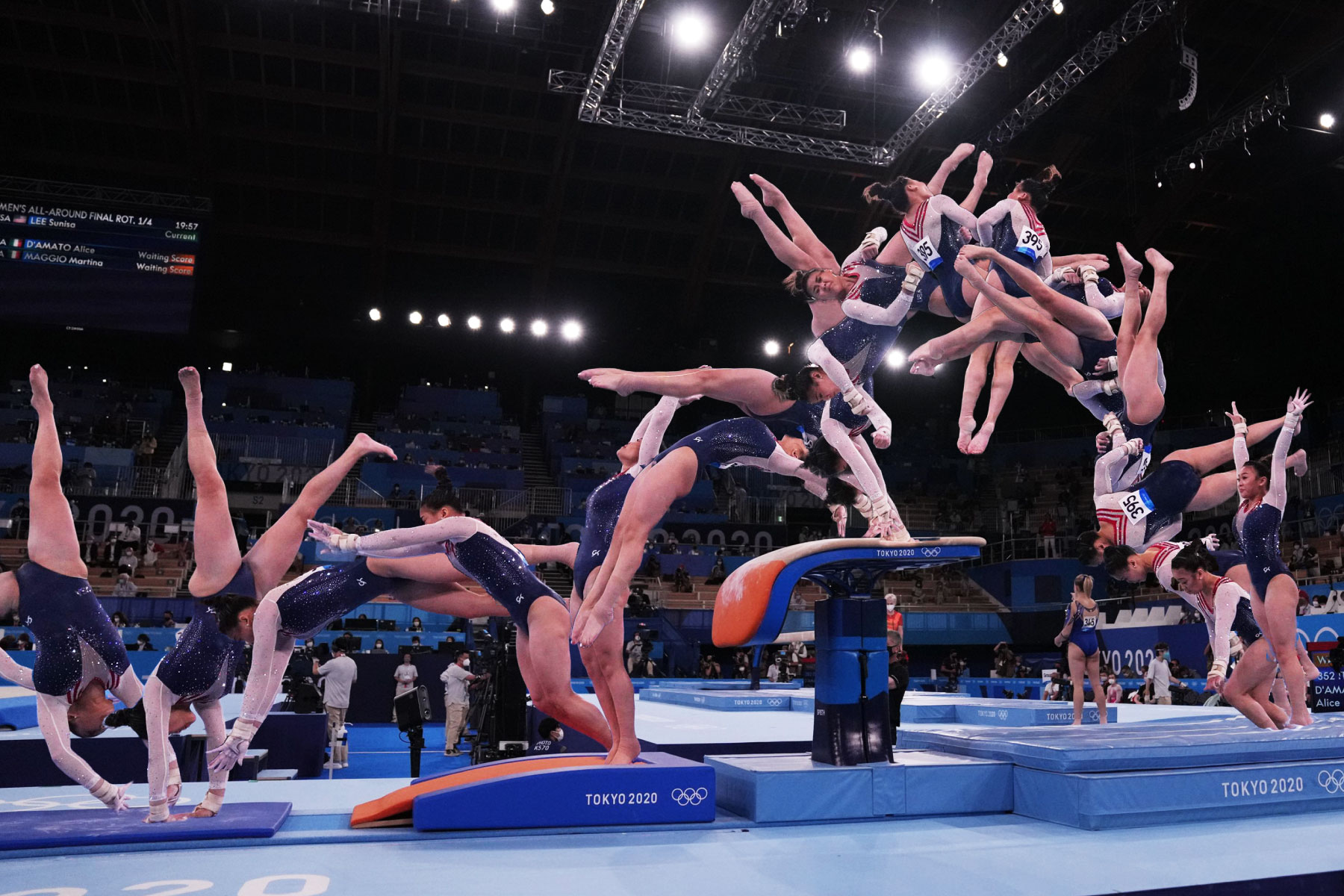 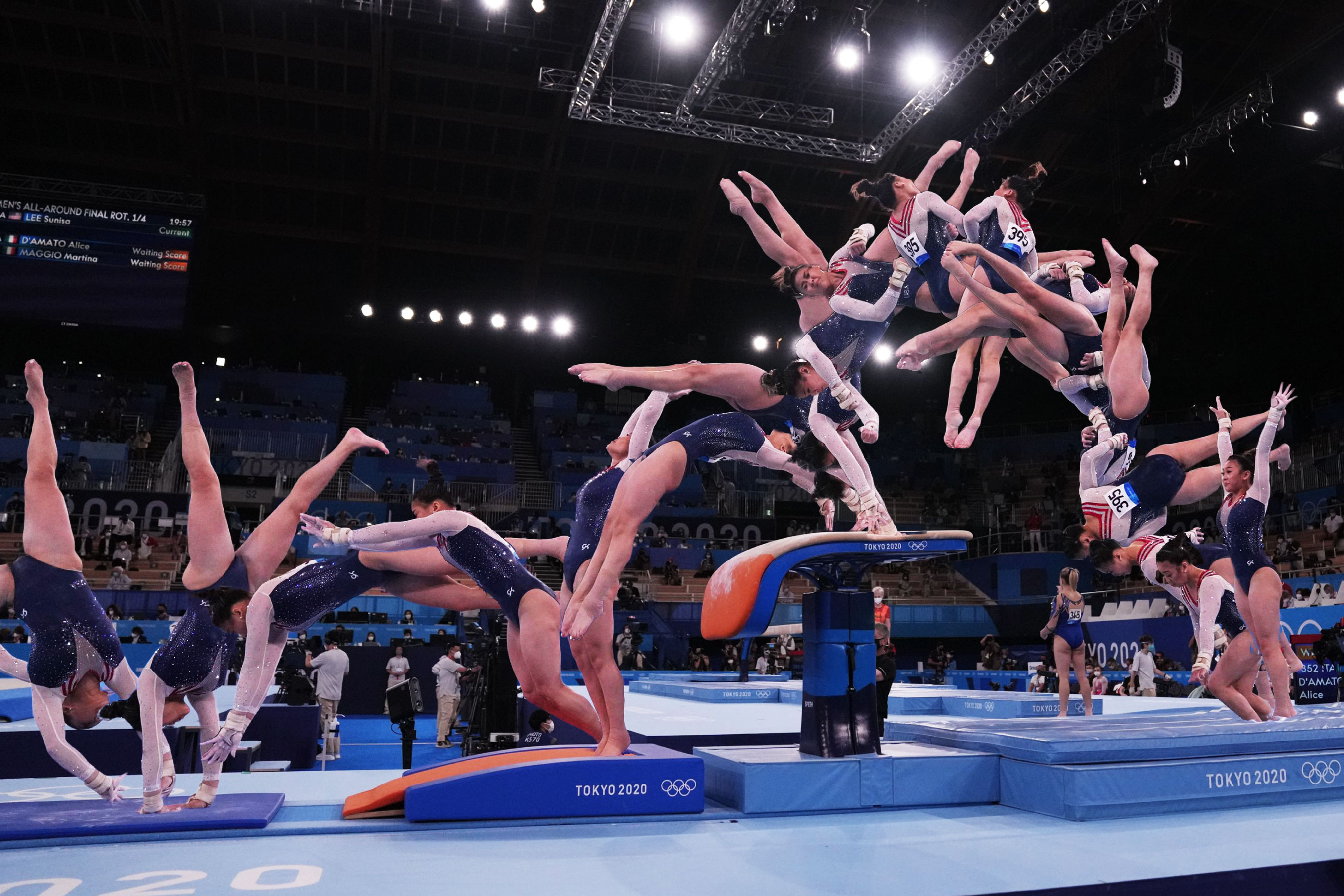 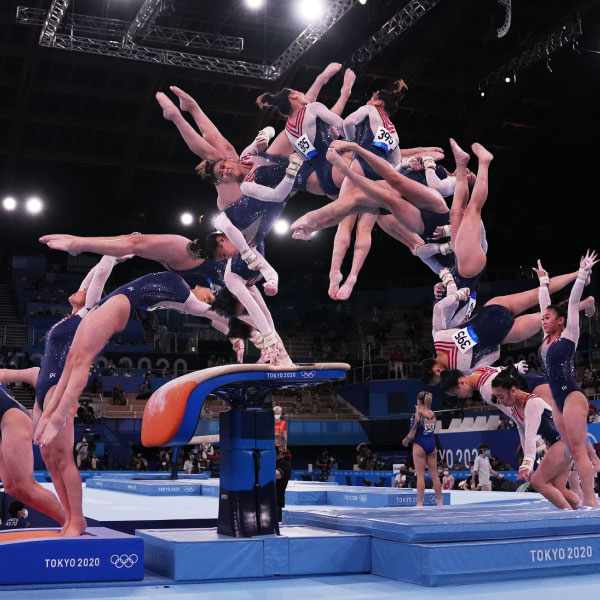 She nailed her double-twisting Yurchenko with just a slight pike on the landing — meaning she wasn’t as straight as the judges would prefer — for a score of 14.6.

How each gymnast scored on vault

Lee’s win punctuated a passing of the torch in the all-around. Simone Biles, the four-time Olympic gold medalist, had withdrawn from both this event and the earlier team final, citing mental health issues. “You’re going to be just fine,” Biles had told her U.S. teammates on Tuesday. “You guys have trained your whole entire life for this.”

As it turned out, Lee was better than fine. She was golden.

Lee Got the Top Score on the Uneven Bars

On the uneven bars, Lee powered through to connect the complex skills that make her routine the hardest in the world.

Below, she is shown doing moves called the Nabieva and the Bhardwaj.

She began from an imperfect cast handstand, and used that momentum to begin the Nabieva, flinging her body high above the upper bar. After catching the bar, Lee immediately went into her next move: a midair flip and twist, the Bhardwaj, down to the low bar.

How each gymnast scored on uneven bars

“She was off from the start,” Jess Graba, her coach, said. “She missed her cast at the beginning and that threw her timing off a bit. She had to fight the swing the rest of the way.”

Lee scored a 15.3, just a tenth below her mark in the team final, but the highest in today’s competition.

“Today wasn’t my best bar routine,” Lee said after the competition. “It was very difficult and really scary because I didn’t think I was going to be able to, considering my Nabieva wasn’t even that good, but I just stayed with it.”

Lee Pulls Off a Save on the Beam

How each gymnast scored on balance beam

On the beam, Lee delivered after waving her arms to regain her balance on her first skill, a triple wolf turn where one leg is deeply bent and the other is held out straight.

“The amount of strength, and specifically core strength, she showed to minimize that wobble and just to stay on the beam was so impressive,” said Samantha Peszek, the 2008 Olympic medalist who runs an organization called Beam Queen Boot Camp. “She fought for that beam routine, start to finish.”

Below, Lee is shown connecting a side aerial with two back flips called layout step-outs. It was a memorable moment.

She ended up scoring a 13.833, the second-best mark on the event that day. After three rotations, Lee had taken the overall lead.