‘Why can I smell things that aren’t really there?’: DR MARTIN SCURR answers your health questions  #Englishheadline

The National Park Service recovered a body in the Grand Canyon believed to be that of a missing...
Read more

There’s ‘no bands anymore,’ despite his own #Englishheadline

Maroon 5 is the only living band in the industry, according to frontman Adam Levine. After a four-year hiatus,...
Read more


Three years ago, I started noticing an unpleasant smell that no one else could detect. A neurosurgeon suggested it was phantosmia and that it would go; other specialists have been unable to explain it. I am 53. Have you come across anything like this?

Your symptom, although uncommon, is certainly not unheard of.

I agree with your neurosurgeon that it’s likely to be phantosmia (also known as an olfactory hallucination), a condition that causes you to smell a phantom scent.

There are a number of potential causes, relating either to problems in the nose (known as peripheral phantosmia), or the brain and nervous system (central phantosmia). In most cases the problem will resolve itself.

You mention that nose-related issues have been ruled out by your ear, nose and throat (ENT) specialist, including chronic sinus infection and nasal polyps, which are painless and non-cancerous growths inside your nose. 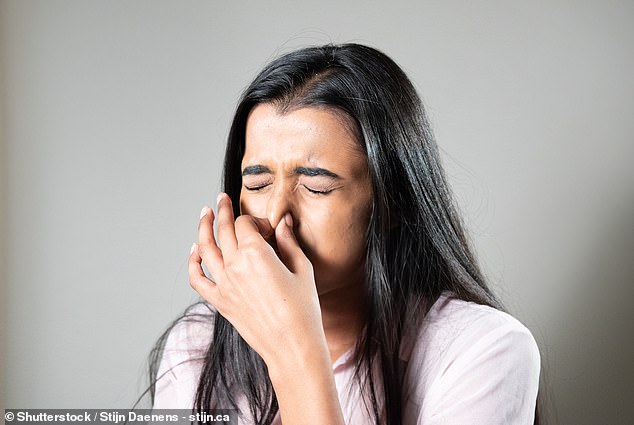 I agree with your neurosurgeon that it’s likely to be phantosmia (also known as an olfactory hallucination), a condition that causes you to smell a phantom scent [File photo]

It’s therefore likely that your symptom is related to the nervous system, which isn’t necessarily sinister. Something may be affecting the way the brain functions in terms of your experience of smell.

Normally we sense a smell via tiny receptors situated high up in the nose, and nerves then pass messages directly into the brain.

This process could be damaged by a head injury, such as a significant bump — though not necessarily one that is so severe as to result in unconsciousness. More serious causes include Parkinson’s disease, which has been associated with phantosmia.

It’s also worth noting that Sigmund Freud, the father of psychoanalysis, once described treating a governess who had depression accompanied by olfactory hallucinations. After receiving a diagnosis of the cause, she recovered fully.

However, I am not suggesting that your symptom is psychologically driven: rather that this possibly reflects the fact that phantosmia does usually disappear. 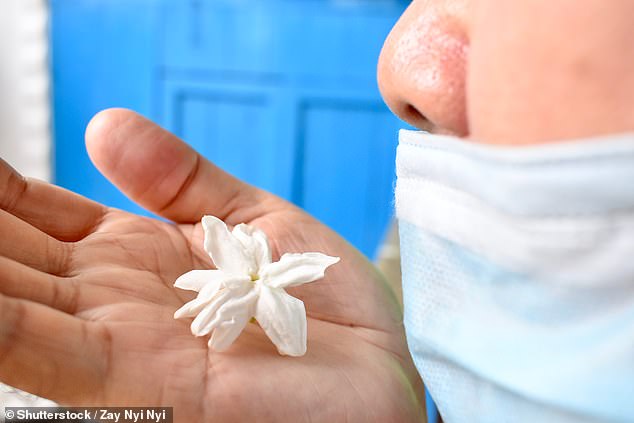 Normally we sense a smell via tiny receptors situated high up in the nose, and nerves then pass messages directly into the brain

In your longer letter you mention having degenerative arthritis of the spine, where the cushioning discs break down with age due to wear and tear.

You also say that you had gut problems, including intestinal blockage caused by intussusception, where one part of the intestine telescopes down into an adjacent part. You had surgery for this issue.

However, I cannot see a link between these issues and the phantosmia you experience.

There are some more unusual causes to consider, though, such as exposure to neurotoxins (metals such as lead, nickel and mercury), which can cause nerve damage and trigger the symptom of phantosmia.

Your GP has been fully involved in a series of interventions and investigations.

If the symptom persists, I would suggest that you ask them about one further investigation: an MRI scan of your brain.

Despite having seen two neurosurgeons, the focus at that time related to a neck problem. A further scan could therefore help rule out other causes for the phantosmia.

I have a burning sensation in my right thigh, which comes and goes. I have tried exercise and painkillers but it persists. What could be causing this?

Although unpleasant, please be assured that the sensation you describe is easily treatable and nothing to worry about.

I believe the cause is meralgia paraesthetica — a condition characterised by burning, stinging or pins and needles in the large area to the front and side of the thigh.

It occurs when a central nerve in the thigh, known as the lateral cutaneous nerve, becomes trapped or irritated.

This nerve travels through the groin to the upper thigh and can become pinched as it passes by a ligament in the groin.

The ligament takes pressure from body weight and, in turn, can put pressure on the nerve. In some people, the pain can be aggravated by exercise, walking or even standing, and can be relieved by sitting. While in others these sensations are unchanged by activity or position.

The symptoms typically occur spontaneously, mostly in middle-aged people. The main risk factors are obesity and type 2 diabetes (as a result of weight gain).

The problem is six times more common in people with type 2 diabetes, although the reasons remain unclear.

The condition can also mean you lose sensation in the area, so you can’t even feel a light touch. You may have experienced this yourself.

These changes in sensation are the only symptoms, because the lateral cutaneous nerve is a sensory nerve rather than a motor nerve, so it does not supply any muscles.

The condition therefore does not lead to weakness or any other problems.

The problem mostly resolves itself, usually over a few months — especially if the patient loses weight or stops wearing tight clothing, which might also pinch the nerve.

In my view there is no need to take medication in an attempt to reduce the burning pain, because it is rarely that severe and, as you mention, regular painkillers don’t tend to help nerve pain.

But if it is found to be intolerable then an injection of a local anaesthetic and a corticosteroid — a steroid which may ease inflammation around the nerve — may help.

This is something a nerve specialist or anaesthetist could do, and you would need a referral from your GP.

This treatment is almost always effective, and in most cases the pain does not recur, even when the anti-inflammatory steroid wears off after some weeks.

Sometimes one of the best solutions for a problem can be the low-tech, simple one.

This is a neurological disorder caused by a fault in nerve and brain function. People who have more than six to eight migraine episodes a month are usually prescribed preventative medicine.

The migraineur also needs a calm life, regular sleep, meals, exercise and minimal stresses. All this is hard, if not impossible, to achieve.

But a recent study has presented us with a new strategy — one that doesn’t involve medication yet has been shown to be effective: mindfulness meditation.

This is a way of focusing your attention on the present moment, while being aware of your thoughts but not engaging with them. The study, published in the Journal of the American Medical Association, showed that mindfulness worked just as well as giving people detailed ‘headache information’ tutorials when it came to reducing the frequency of their headaches.

But only the mindfulness group experienced less pain.

The lesson here is that we must not put all our efforts into drug therapies for migraine: mindfulness, relaxation training and yoga all have their place in the management of this painful condition.

This underlines the fact that lifestyle and behaviour plays as great a part in dealing with migraine as drug therapy does.

There’s ‘no bands anymore,’ despite his own #Englishheadline

Save $50 on the Shark Navigator Lift-Away Deluxe #Englishheadline

I Tried Virtual Trap Zumba And Absolutely Loved It #Englishheadline

The class is on Twitch and is hosted by Nicole, aka the hoodfairy, in Los Angeles. In addition to being a...
Read more

Coronavirus vaccines meant for rural Hispanic and black communities in Palm Beach County are instead being allocated for wealthy, white Floridians.According to the...
Read more

Is the NYC variant driving a covid resurgence in the former epicenter? #Englishheadline