These were the astonishing scenes as 135 people leapt from a bridge in Russia in an attempt to beat the current world record.

A video posted on You Tube shows the group of unnamed thrillseekers, who are all harnessed together with bungee cords, jumping from the bridge at the same time.

Onlookers are heard cheering in delight as the extreme sports enthusiasts swing from the cords together several times. 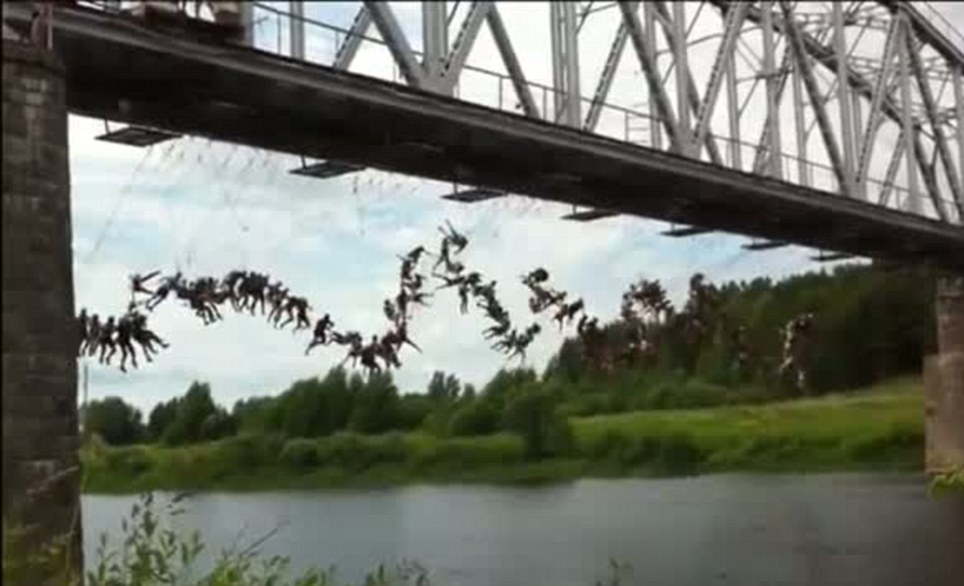 Leap of faith: 135 people were attached to a bridge in Russia and made to fall simultaneously 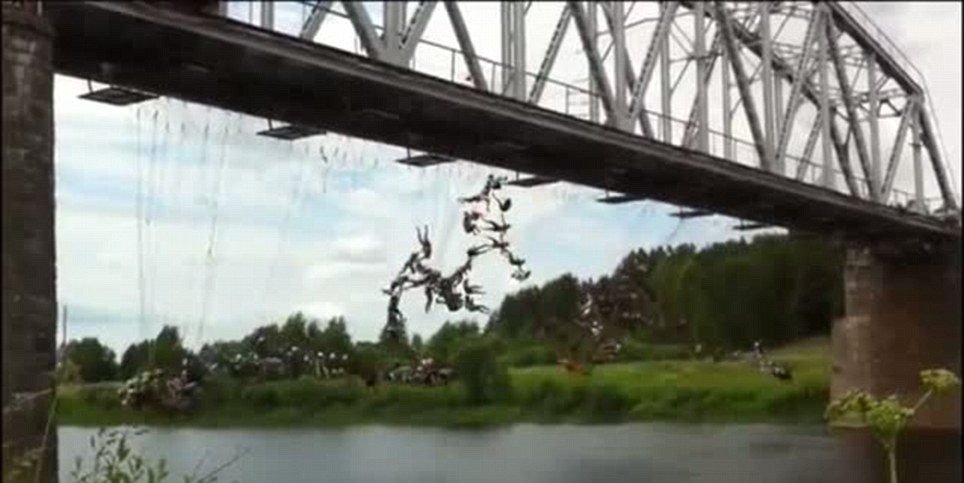 Thrillseekers: Onlookers are heard cheering in delight as the group swing from the cords together

It is not known where the stunt took place or which world record they were attempting to beat.

It comes just months after footage emerged of a group of Russian thrillseekers wearing top hats and capes, throwing themselves into the belly of an abandoned cooling tower, kept safe by only a makeshift bungee rope.

The men were suspended from two ropes with the second taking up the slack as they plummeted towards the tower’s concrete floor.

Homemade ‘rope jumping’ has become a popular underground sport in Russia over the last few years and there are reportedly several different clubs whose goal seem to be to continually top their own stunts.

Astonishing scenes: It is not known where the stunt took place or which world record they were attempting to beat

Thrillseekers: A mass bridge jumping takes place in Russia in an attempt to break the world record

The first modern bungee jumps were made on 1 April 1979 from the 250-foot Clifton Suspension Bridge in Bristol, by members of the Oxford University Dangerous Sports Club.

The jumpers were arrested shortly after, but continued with jumps in the US from the Golden Gate and Royal Gorge bridges, spreading the concept worldwide.

The highest commercial bridge bungee in the world is currently Bloukrans Bridge Bungee in Africa, which has been operated commercially by Face Adrenalin since 1997.