The father of a seven-week-old baby with life-changing injuries claims he ‘nipped to the toilet’ when they were sustained and tries to pin blame on the child’s mother on 24 Hours in Police Custody.

On Monday night’s episode of the Channel 4 show, Bedfordshire police receive a call from the ambulance service who say there’s a baby with injuries so severe, they’d like to alert the police.

After medical examination shows a significant brain injury which the staff say is inflicted, the baby’s dad Daniel Gilbert, 21, and mother Vikki, 19, are arrested on suspicion of attempted murder and taken in for interviewing.

‘We went into the kitchen at which point I saw on the floor, a naked baby,’ a paramedic explains to DC Hart, who is investigating the baby shaking case. ‘It was soaking wet. It had blood coming from its nose.

‘I did a quick assessment of the child at which point the child took once last breath really, so I just literally scooped up the baby and went outside. Never have I experienced blood coming from an orifice without any kind of trauma really.’ 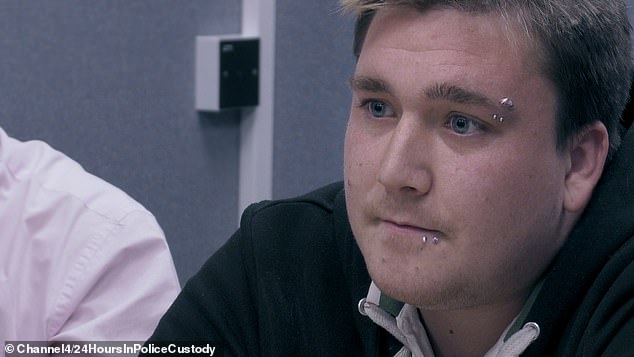 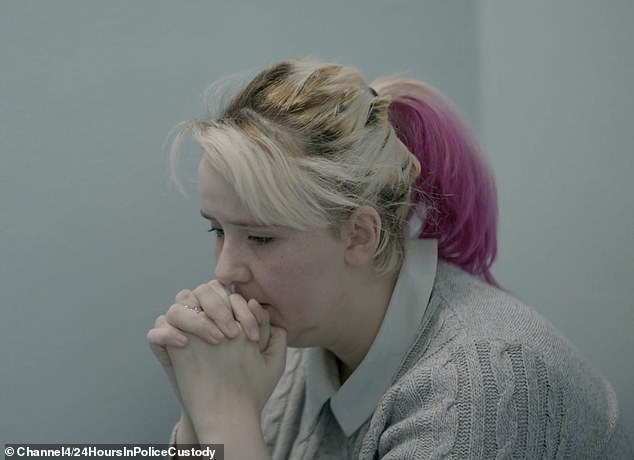 Vikki, who by her own admission had difficulty bonding with her son, pictured in her cell at the police station

He continues: ‘When we got to hospital, the dad he did look upset, but he was almost excitable. He was going in and out of the A&E department constantly. He didn’t want to say and see them working on him and trying to save the child.

‘He did appear upset but it was more of a stressed upset.

‘They weren’t sobbing or asking us what was going on or what was happening. They were making phone calls. It just didn’t feel right.’

The critically ill baby is then moved to intensive care at Great Ormond Street hospital and the parents are provided with accommodation whilst he’s there.

But when they’re both taken in for questioning, Daniel responds ‘no comment’, while Vikki, who by her own admission had difficulty bonding with her son, opens up. 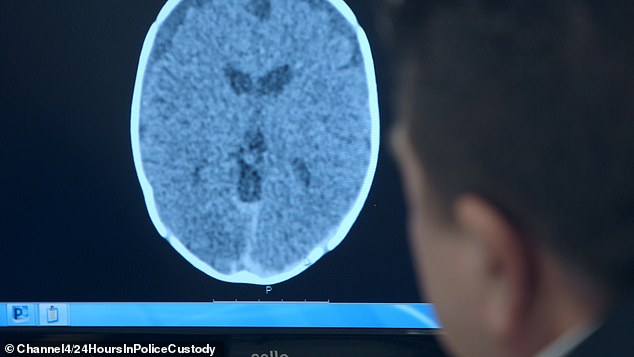 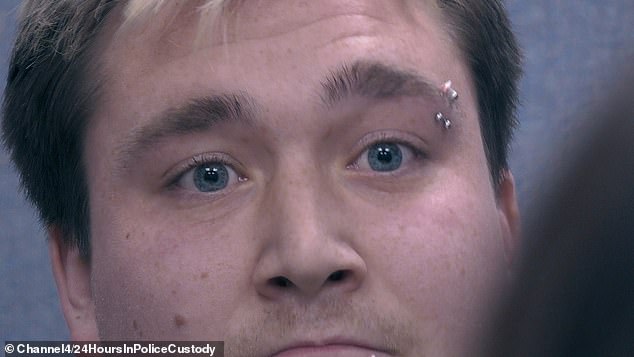 ‘At about 5 past 11 Daniel was taking him upstairs and then about quarter past, Daniel came running down the stairs with him in his arms and he was floppy,’ she explains. ‘I was so confused. My first reaction was to go and get my mum.

‘I was like, “put him in some water”. I thought maybe that might wake him up. Then I heard Daniel calling me and telling me he wasn’t breathing. They were asking me about it and obviously I didn’t know because I wasn’t there when something happened to him.’

Soon, officers are given a debrief on the case and told that it is being treated as an attempted murder. The case is referred to the major crime unit for further investigation.

DI Justine Jenkins from the Major Crime Unit explains: ‘We are here to investigate the most serious of crimes because we do have more resources to throw at investigations.

‘Ordinarily we wouldn’t take a case when baby hasn’t died but the prognosis for this baby is so poor and life-limiting, that it was right for us to take it.’

Explaining to her team the account they have to date, she says: ‘Dad takes baby upstairs to put him to sleep in the moses basket and around 11 o’clock, goes to pick up baby and he is limp.

‘Baby goes to hospital, a skeletal survey shows numerous rib fractures, certainly one of the fractures is showing signs of healing and they think that has been caused prior to the head injury.’ 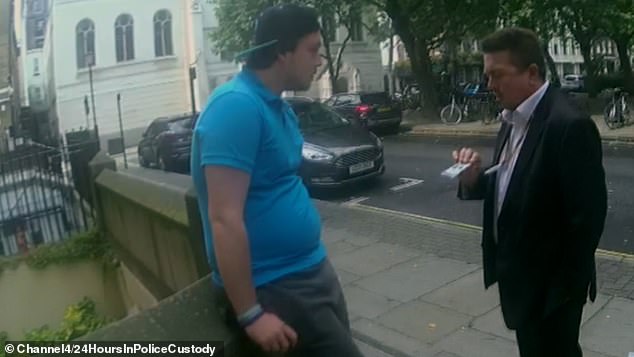 In the interview, the detective tells Vikki about her son’s current condition and explains: ‘We now know that he has sustained injuries to his brain, eyes and ribs.

‘He’s got cerebral palsy in four limbs, he’s potentially blind, deaf, he’s suffered bleeding at the back of the eyeballs – that’s not just a bleed, that’s multiple bleeds. He has the inability to eat or drink without the help of tubes in his stomach.

‘He’ll need 24 care for the remainder of his life. It’s unlikely there’ll be any improvement in his current condition.’

Meanwhile, during his interview Daniel starts to speak and alleges: ‘What my mum and sister told me was at Vikki’s, when I went to the toilet, Vikki picked him up by his legs and swung him up.

‘She wrote it in a note in hospital but her mum read it out, I wasn’t really listening to it but the bit I heard was, “I hope you can forgive me in the future.” To me, she’s hiding something, but I don’t know what.’

Struggling to get to the bottom of it, the detective explains: ‘The problem that we’ve got here, the biggest problem, is that those injuries were caused very close to when that ambulance was called. The baby is, as far as you’ve stated, with Vikki to start with, and then you’ve taken him from her and taken him upstairs.

‘So in that last period of time, you appear to be present with your baby at all times – unless I’ve got that mistaken.’

‘It only takes seconds, don’t it? It could’ve taken seconds, but I did not do this,’ says Daniel.

Both parents are eventually released pending investigation as the case is sent to the Crown Prosecution’s complex crime unit for review.

Ten months later, Daniel was found guilty of grievous bodily harm with intent at crown court and sentenced to 3 years in prison.

The baby is continuing to survive beyond any medical prognosis and has now been adopted by the foster parents who have been caring for him.

USA BBC staff ‘threaten to strike’ over merger of news channels which will see...