A Perth plumber has built an epic ‘floating bar’ that can hold six adults and a full esky of beer, perfect for hot days on the water.

The boat, appropriately named ‘Bottoms Up’, was created for Australia Day festivities to provide one man and his group of mates the perfect opportunity to sink some cans while relaxing in the sun.

Mark Quattrini told PerthNow the group christened the vessel on Tuesday to enjoy some well-earned beverages. 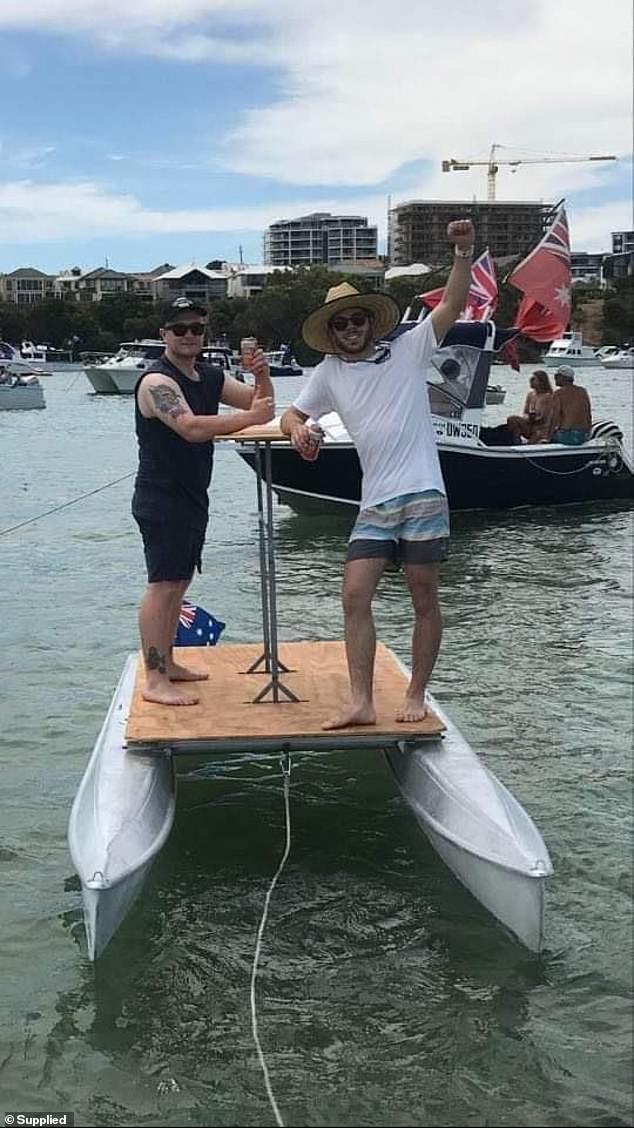 Doesn’t get much better: The friends enjoyed their well earned drinks aboard the ‘floating bar’  on a sand bar at South Fremantle

‘It was a great Australia Day, we spent it on the sand bar there at South Fremantle and had a few drinks and that. It worked really well, it was great.’

Mr Quattrini said the floating bar was built during an evening workshop session with his friends, which included a marine diesel mechanic.

The considerably sized wooden bar sits on the hull of a surfcat and has enough space to stand comfortably and enjoy a beverage with five mates. 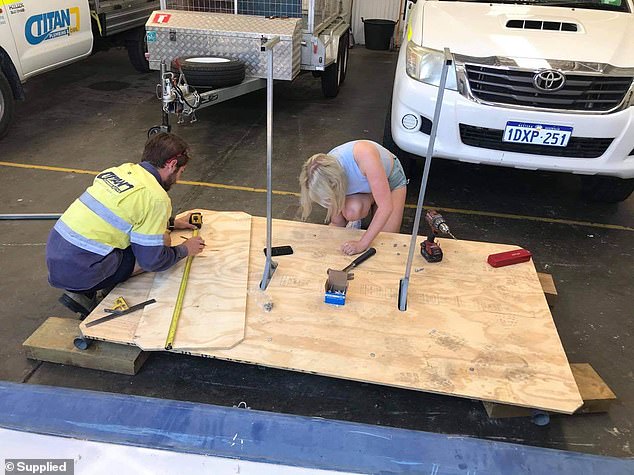 The floating bar was cobbled together during an evening workshop session with Mr Quattrini and his mates, which including a marine diesel mechanic, just in time for Australia Day

‘We like being on the water and having a few drinks’, Mr Quattrini said.

‘We thought about making a picnic table but it was too heavy so we thought ‘let’s make a floating bar’.

Mr Quattrini and his friends have offered the boat to buyers on Facebook marketplace, selling the vessel for $400. 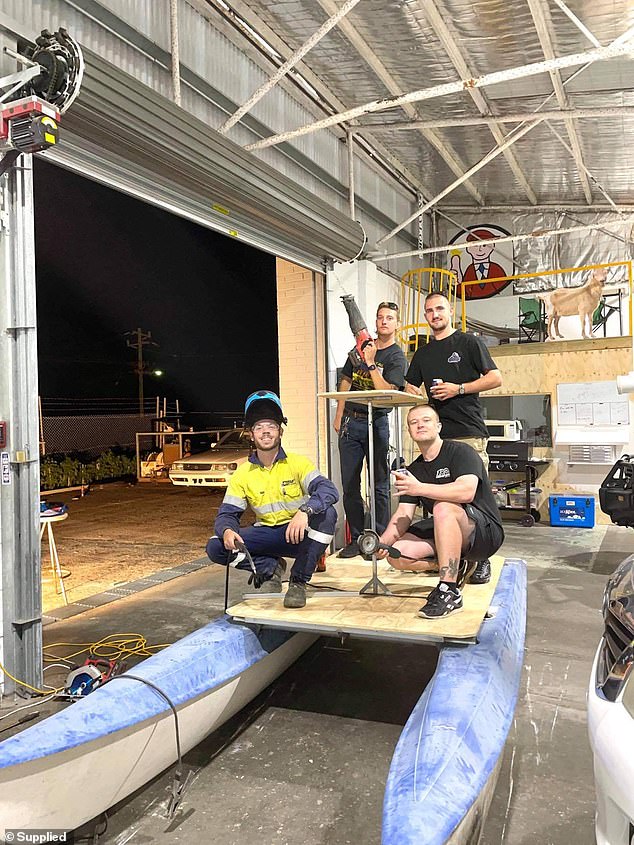 The considerably sized wooden bar sits on the hull of a surfcat and has enough space to stand comfortably and enjoy a beverage with five mates, and only took one night to build 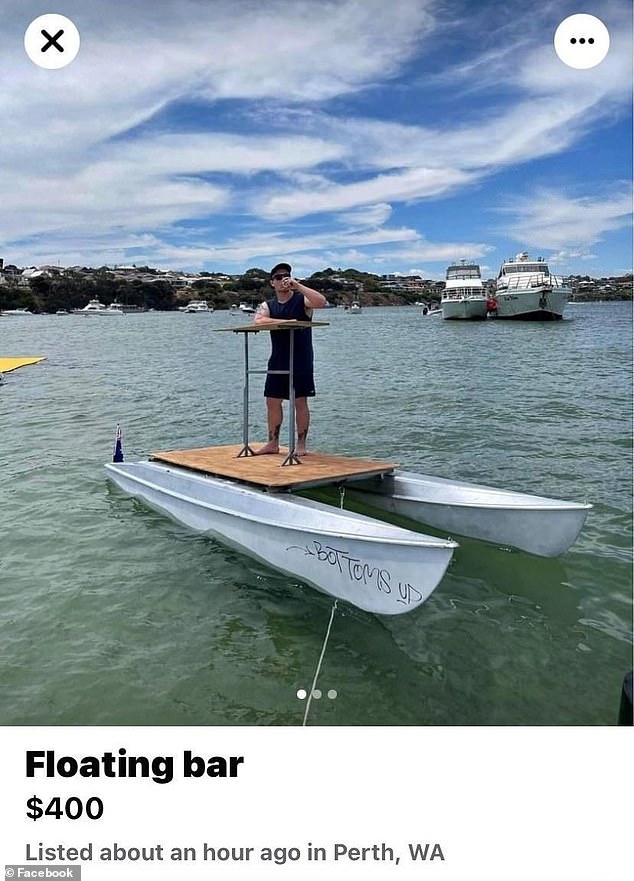 Western Australian publication The Bell Tower Times complimented the vessel on Twitter and praised the ‘West Aussie ingenuity’ of the floating bar, which is still for sale on Facebook

‘It sort of is what it is but we’d like to see it go to someone who’s going to make use of it’.

He told Daily Mail Australia that the boat had received a lot of interest, but was still up for sale.

‘I’ve had heaps of messages, however no serious buyers as of yet.’