Afghanistan‘s ambassador to the US Adela Raz said she has lost trust in the US government and President Joe Biden himself, claiming on Monday the Democrat doesn’t care about the fate of Afghan women and girls who were left behind to live under Taliban rule.

It was her first TV interview since her country fell to the insurgent group.

Speaking out of her Washington, DC office, Raz told Axios journalist Jonathan Swan that ‘no, sorry,’ she didn’t trust the US government after its hasty withdrawal.

She criticized the Biden administration for withdrawing without negotiating safeguards for vulnerable Afghans – like women and girls.

But looking beyond Biden, she couldn’t say for sure whether Afghans could ever trust another US president.

Raz was appointed to her position in July by former Afghan President Ashraf Ghani.

Since the Taliban took over she refused to step down or recognize their new government, effectively becoming a refugee in her own embassy. 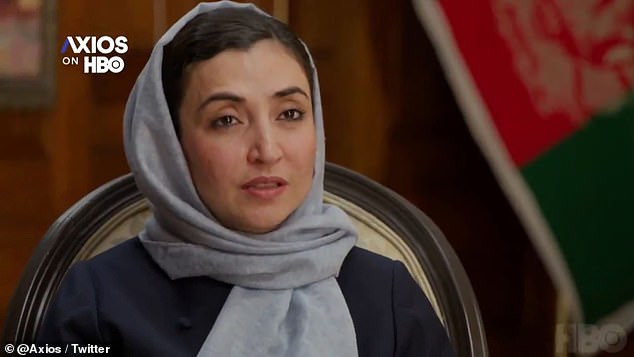 She’s had no communication with the Taliban save for ignoring an invitation to a Zoom teleconference.

Her interview was a blow to the Biden administration’s foreign policy image, which it’s been struggling to rehabilitate since the heavily-criticized Kabul evacuation.

Raz described feeling betrayed by the White House – a notion she claimed was shared by Afghans who were left behind.

‘Do you still think of America as the leader of the free world?’ she was asked.

‘If you talk about democracy, I will probably question it and laugh at it,’ Raz replied. ‘Because you were engaged in building one in Afghanistan, and the people believed in it. They fought for it.’

‘But when the negotiation survived with Taliban, that was not a priority to renegotiate it.’

The American withdrawal from Afghanistan was first announced by former President Donald Trump, who negotiated with the Taliban to pull all troops by May. 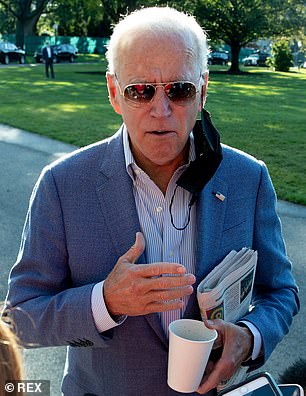 While Biden extended the deadline to the end of August, Raz is just the latest current or former national security official to say she was disappointed Biden kept the withdrawal on the table at all.

‘When he first came to office we were all super excited that he won’t withdraw, or he will change the deal,’ she said.

But Raz said even then, she cautioned those around her to moderate their expectations.

‘I even reached out to some of my principals, and I said we should not really buy into this la la land.’

She said she hoped he’d renegotiate the terms of the withdrawal – which he did not.

In the weeks leading up to the final military jet departing from Kabul, the Biden administration was hammered for its initial silence on the plight of Afghan women and girls, who faced brutal treatment when the Taliban last held Afghanistan.

Many feared that hard-won gains for women in education and other civil rights would be eradicated under the insurgents’ rule.

‘Did you get the sense that President Biden cared about the fate of Afghan women?’ Raz was asked.

‘I don’t think so. He said, US cannot be the police of the world to protect women in any other country,’ she answered.

She also questioned Biden’s commitment to human rights overseas despite the president promising to put a spotlight on the treatment of vulnerable Afghans – and claiming he didn’t need military power there to do so.

‘What type of tools are left right now to pressure Taliban to respect human rights?’ a skeptical Raz questioned.

The ambassador, who was 16 when US forces invaded Afghanistan, choked up when she thought about the women and girls left behind – including those she encouraged to fight for change in a democratic Afghanistan.

She fears that same group is now being persecuted by the Taliban.

‘One of them was a young woman that was assassinated. She was a human rights advocate,’ she recalled.

When she first arrived in DC as US forces were dwindling in numbers back at home, the embattled official said she spent weeks lobbying the American government for stronger military support.

Then at the beginning of September, both the State Department and the Pentagon canceled any and all of her planned meetings with officials there.

‘By meeting me formally, probably they will legitimize the position, and that probably will upset the Taliban,’ she said Monday. 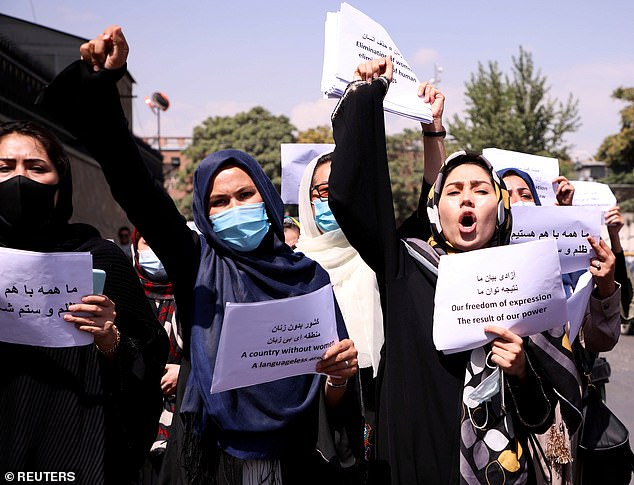 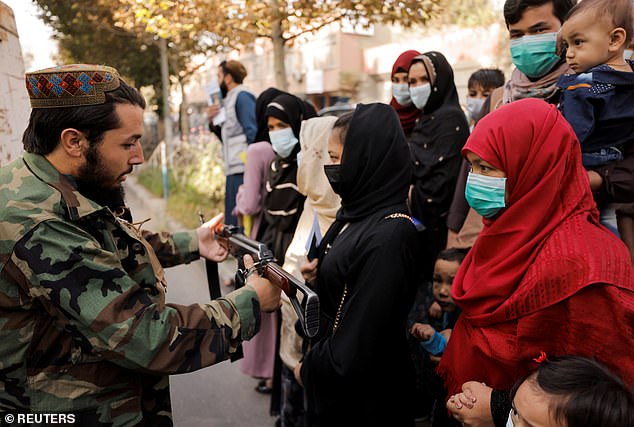 A member of Taliban forces controls people waiting to get visas, at the Iran embassy in Kabul today

But now, as she operates a thinly-staffed embassy whose courtyard still flies the Afghanistan national flag rather than the Taliban’s, Raz bristled at American leaders’ claim that the Afghan military simply gave up.

‘It was not that they were night fighting, it was that they didn’t get a chance to fight,’ Raz said.

US officials were reportedly baffled at the Taliban’s lightening advance across Afghanistan after 20 years and billions of dollars spent.

Biden himself said on national television that the Afghan military ‘ ‘gave up, sometimes without trying to fight.’

Defense Secretary Lloyd Austin again shifted blame to Afghans during a Senate hearing last week, telling lawmakers, ‘The fact that the Afghan army we and our partners trained simply melted away – in many cases without firing a shot – took us all by surprise.’

But Raz, 35, said the Afghan military was trained for two decades to have a dependency on US forces.

For example, she claimed that the GPS technology in military Humvees given to Afghanistan by the US were primarily only operated by American troops.

‘So these Humvees when they would drive it, it was like always like they were driving – blind people were driving it,’ she said of the Afghan military’s efforts after their US partners left.

‘And I think there was not enough window to build the right type of transition.’