‘There could be a shooting war’: Ben Wallace warns Taliban could mortar Kabul airport if forces stay beyond the 31 August deadline – as government confirms 8,500 people have been evacuated to UK

Ben Wallace today warned of the risk of a ‘shooting war’ at Kabul airport as tensions rise over the deadline for troops withdrawing.

The Defence Secretary raised fears that the Taliban could start mortaring the runway to cripple the evacuation if the timetable is moved.

And he said that there is a real danger the situation could turn nasty in the final few days of the airlift.

The grim assessment came as it emerged the RAF has now flown more than 8,500 people out of Kabul since August 13, including around 2,000 in the last 24 hours.

There has been an uneasy cooperation between Taliban forces and Western troops on the ground amid the frantic effort after the Afghan government collapsed.

Extremist fighters are in control of all the access points to the airport, but have mostly been letting foreign nationals and Afghans through checkpoints. 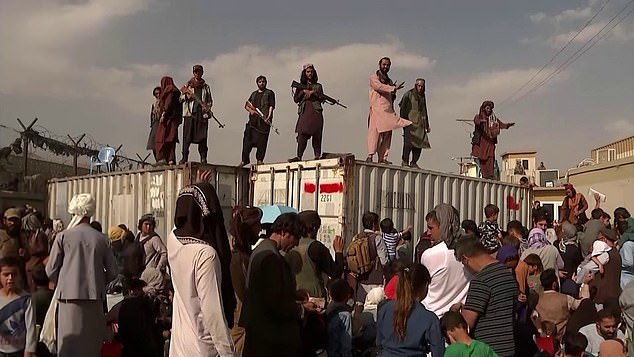 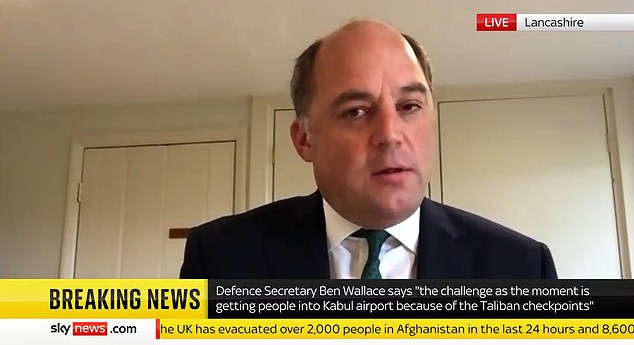 Ben Wallace raised fears that the Taliban could start mortaring the runway to cripple the evacuation if the timetable is moved.

‘Obviously, all military personnel have the right of self-defence to protect themselves and protect civilians immediately near them,’ he told LBC.

‘I suspect that it will be a mixture of – well I can’t speculate what we would do but we certainly have plans, if we’re attacked, to defend ourselves.

‘I don’t think anyone wants this to turn into a shooting war in the last few days.’

He added: ‘I don’t think they want a shooting war either. They want us out as quickly as possible and we want to get out with as many people as possible.’

Pressed on what action the Taliban could take, Mr Wallace said: ‘If you start mortaring an airport, for example, the runway closes and then you all end up going nowhere.

‘I absolutely don’t take that as a clever play on words, using the word ‘consequences’.

‘This is the Taliban we’re talking about and I think what they’re trying to say is, ‘you agreed on a 31st deadline originally’ – I think August 31st was a selected deadline originally by the United States – and they expect us to stick to it.

‘They may change their mind and we’ll see what the G7 does today.’ 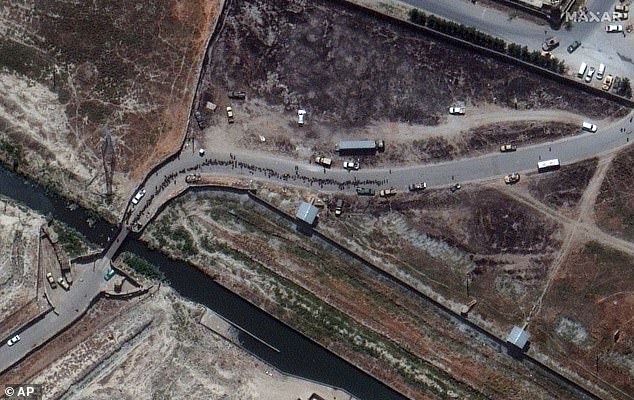