Joe Biden spoke with British Prime Minister Boris Johnson on Monday as leaders of the G7 prepare to pressure the president to delay the August 31st withdrawal deadline for U.S. troops in Afghanistan.

Johnson, who holds the G7 presidency, will lead Tuesday’s call among the leaders of the world’s seven largest economies to discuss the situation in Afghanistan, where the Taliban has taken control of the country and thousands are trying to evacuate.

In a readout of the call, the White House said Biden and Johnson ‘discussed the ongoing efforts by our diplomatic and military personnel to evacuate their citizens, local staff, and other vulnerable Afghans. They also discussed plans for the G7 virtual leaders’ meeting tomorrow, underscoring the importance of close coordination with allies and partners in managing the current situation and forging a common approach to Afghanistan policy.’

The conversation came as Britain, France and Germany all joined pleas for Biden to delay the withdrawal of U.S. troops. America has about 5,800 Marines and soldiers on the ground in Afghanistan.

Number 10 Downing Street said the two leaders discussed the on-going evacuation from the Kabul airport and continuing it even after the ‘initial phase’ ends.

‘The leaders agreed to continue working together to ensure those who are eligible to leave are able to, including after the initial phase of the evacuation has ended,’ Johnson’s office said in a readout of the conversation.

‘The Prime Minister and President Biden noted the importance of concerted diplomatic engagement to secure the progress made in Afghanistan and prevent a humanitarian crisis.’

National Security Adviser Jake Sullivan on Monday declined to say if Biden and Johnson discussed the August 31st deadline on their call and how the president would respond to a request from his fellow leaders.

‘I’m not going to preview what the president will say in the G7 meeting tomorrow. At the moment he’s focused on private conversations with foreign leaders. He will have the opportunity to have that engagement in that private session with the G7 leaders tomorrow, and I’m not, from the podium, going to read out what are sensitive conversations among leaders between the United States and our allies,’ Sullivan said. 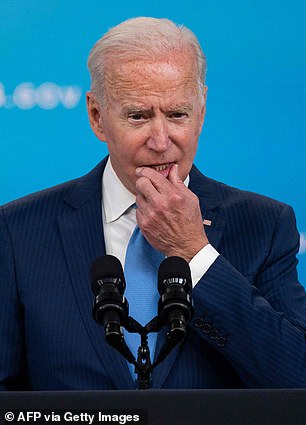 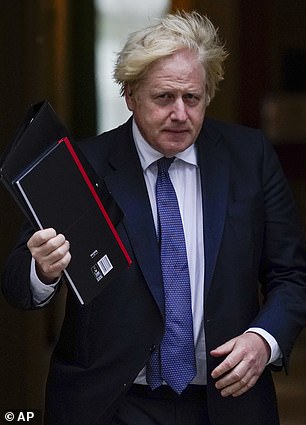 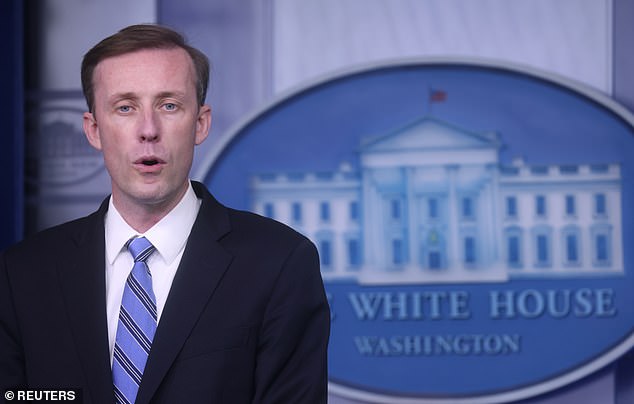 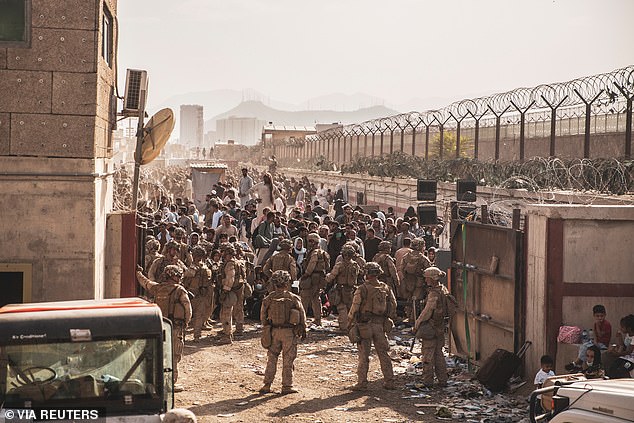 Sullivan also declined to say if Biden is considering an extension of the deadline.

‘He is taking this day by day, and will make his determinations as we go,’ Sullivan said at the daily White House press briefing. ‘We believe that we have time between now and the 31st to get out any American who wants to get out.’

And when asked if the administration thinks it needs the Taliban’s approval to stay beyond the 31st, Sullivan said: ‘Ultimately, it will be the president’s decision how this proceeds, no one else’s.’

But several European leaders are worried there is not enough time to evacuate everyone who wants out. And American critics have asked why evacuations weren’t started sooner – particularly for native Afghans who helped Americans – since Biden announced the August 31st deadline in early July.

French foreign minister Jean-Yves Le Drian said he was ‘concerned’ about the deadline and ‘additional time is needed’. Germany estimated it has 5,000 people still waiting to be taken to safety, with a Foreign Ministry spokesman saying the airbridges should stay open ‘as long as the situation on the ground allows’.

However, the Taliban have said any extension would be a ‘red line’ and warned of ‘consequences’ – as ministers admit they have a ‘vote’ on the timetable.

Downing Street insiders said Johnson will ask Biden at the G7 meeting not to leave Western allies in the lurch.

Foreign Secretary Dominic Raab and Defense Secretary Ben Wallace have also been in contact with their opposite numbers in Washington on the issue. 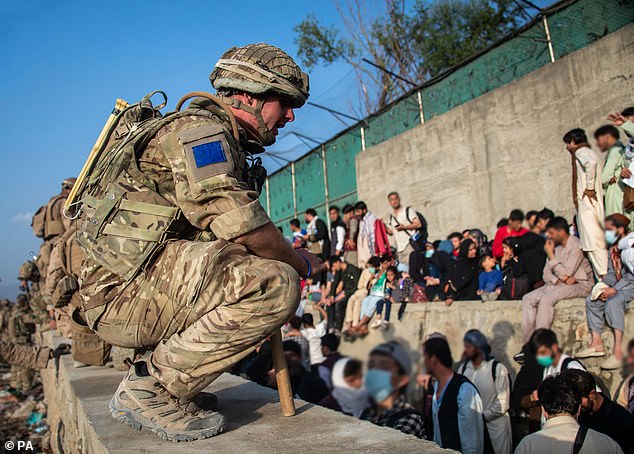 The Taliban has said it will ‘provoke a reaction’ and has threatened ‘consequences’ if the US or UK do not leave Afghanistan by August 31 and extend the deadline for the withdrawal of troops.

President Joe Biden wants all Americans to have left the country by the end of the month although he admitted on Sunday night that an extension was under discussion, while this morning UK Defence Secretary Ben Wallace said the evacuation effort is ‘down to hours now, not weeks’.

Taliban spokesman Dr Suhail Shaheen said the group will not accept an extension to the deadline and warned of retaliation if Western forces extend their ‘occupation’ since the group dramatically swept to power.

He told Sky News: ‘It’s a red line. President Biden announced that on 31 August they would withdraw all their military forces. So if they extend it that means they are extending occupation while there is no need for that.

‘If the US or UK were to seek additional time to continue evacuations – the answer is no. Or there would be consequences.

‘It will create mistrust between us. If they are intent on continuing the occupation it will provoke a reaction.’

And British Defense Secretary Ben Wallace said: ‘The Prime Minister is, obviously at the G7, going to try and raise the prospect of seeing if the United States will extend.

‘It’s really important for people to understand the United States have over 6,000 people in Kabul airport and when they withdraw that will take away the framework … and we will have to go as well.

‘I don’t think there is any likelihood of staying on after the United States. If their timetable extends even by a day or two, that will give us a day or two more to evacuate people.

‘Because we are really down to hours now, not weeks, and we have to make sure we exploit every minute to get people out.’

Macron, in a phone call with Biden last week, told the president the west bore a ‘moral responsibility.’

‘We cannot abandon them,’ Macron told Biden, according to a readout of the call from the French.

But a Taliban spokesman told Sky News that the evacuation effort continuing past the end of the month would be a ‘red line’ and would ‘provoke a reaction’.

Suhail Shaheen said: ‘This is something … you can say it’s a red line. President Biden announced this agreement that on August 31 they would withdraw all their military forces. So, if they extend it that means they are extending occupation while there is no need for that.

‘It will create mistrust between us. If they are intent on continuing the occupation, so it will provoke a reaction.’

Tensions are on the rise in Afghanistan as thousands try to flee.

On Sunday, U.S. soldiers at the airport in Kabul, alongside German forces, were engaged in a gunfight with ‘unknown attackers’ – which resulted in the death of one member of the Afghan security force, and three additional injuries.

Meanwhile, Biden said on Sunday that there were conversations about extending the deadline but he would like to keep to the August 31st date.

‘Our hope is we will not have to extend, but there are going to be discussions, I suspect, on how far along we are in the process,’ he said. 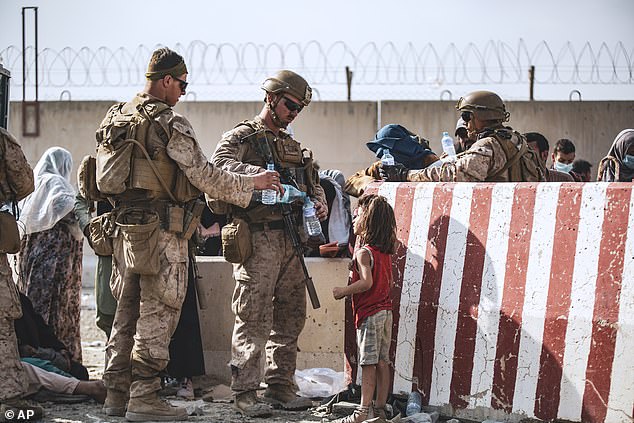 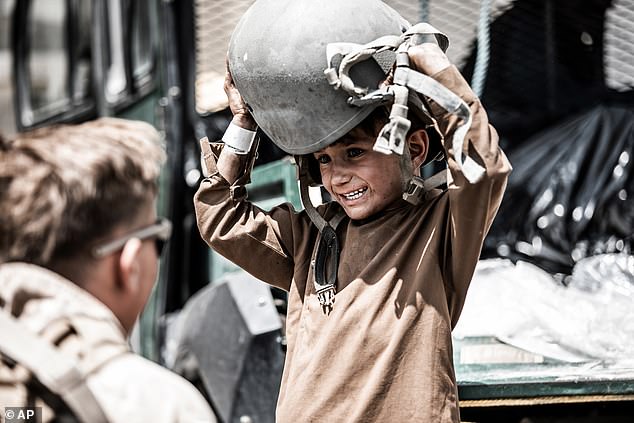 Biden wouldn’t offer any commitments if his foreign counterparts ask him to extend the deadline.

‘I will tell them that we’ll see what we can do,’ he said.

‘Our first priority in Kabul is getting American citizens out of the situation as quickly and safely as possible. Any American that wants to get home will get home,’ he noted.

He also said the US government is ‘looking to move our Afghan allies’ out of the country as well, noting that citizens of NATO allies and Afghan allies were amongst the 11,000 individuals evacuated this past weekend.