Cabinet rift over business row: After call for higher wages instead of cheap foreign labour, FIVE ministers say they fear a Tory war with firms and want a more ‘pragmatic’ approach

By Jason Groves Political Editor For The Daily Mail

Boris Johnson is facing a Cabinet backlash over his war with business.

Five Cabinet ministers have told the Mail they want the Prime Minister to adopt a more ‘pragmatic’ approach to helping firms cope with staff shortages this winter.

Mr Johnson warned business this week there was ‘no alternative’ to his plan to train up British workers to fill staff shortages rather than relying on cheap labour from abroad.

Home Secretary Priti Patel and Business Secretary Kwasi Kwarteng are also opposed to any further easing of visa rules, arguing that firms have to adapt to the post-Brexit reality that free movement has ended.

But a string of other senior ministers fear this ‘ideological’ approach will lead to empty shelves in the run-up to Christmas, for which the Government will get the blame.

One Cabinet minister told the Mail: ‘Some of my colleagues just want to tough it out, tell business to stop whingeing and let the devil take the hindmost. I suspect they will go very quiet if we run into serious shortages this winter. 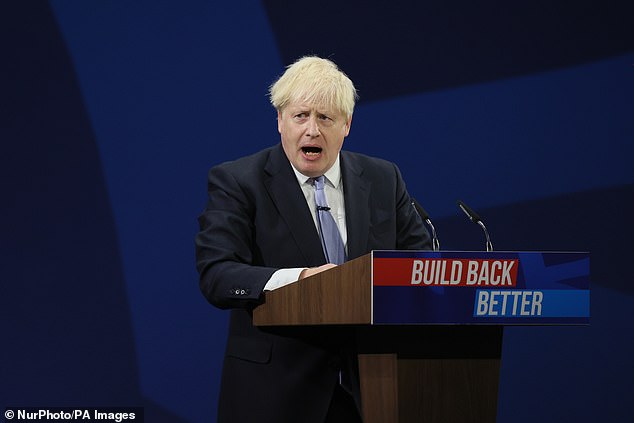 ‘People expect their government to take a pragmatic approach to problems like this, rather than sticking rigidly to an ideological stance.’

A second said: ‘I don’t think it’s right to say there is no alternative in the short term. The PM is right that we are in a transition to a post-Brexit world where business is going to have to invest more and pay more.

‘But it is happening very fast and we should be pragmatic about finding ways to minimise any disruption in the short term. If that means a few more temporary visas then so be it.’

A third senior minister pointed to reports this week that farmers are having to pay broccoli pickers up to £30 an hour to harvest their crops, fuelling fears of inflation.

The source added: ‘I think we just have to accept there are certain jobs British people no longer want to do. Vegetable-picking is a good example where – even with higher wages – growers cannot attract people.

‘It may be that, in the longer term, automation can help provide the answer. But in the short term I think we have to accept that more seasonal migrant labour is needed.

‘That is not in conflict with taking back control of our borders – the whole point of visas is that we control numbers.’

Education Secretary Nadhim Zahawi yesterday insisted that the Government is not ‘on the warpath’ with business.

‘We have seen retailers who invested in technology and have done really well. Others – like Topshop and Topman – didn’t make that investment and haven’t done so well.’ 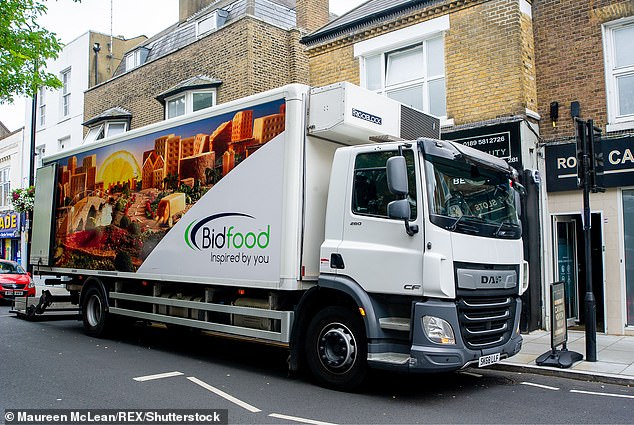 A string of senior ministers fear ‘ideological’ approach to labour shortages will lead to empty shelves in the run-up to Christmas, for which the Government will get the blame [Stock image]

Environment Secretary George Eustice revealed that ministers are considering whether to issue thousands of temporary visas for foreign butchers following warnings that a shortage of skilled staff means 100,000 pigs may have to be slaughtered and incinerated in the coming days.

He told the Farmers Weekly podcast that he is considering making ‘tweaks’ to the skills list as many butchers are falling short of the English language requirements.

Ministers have already approved 5,000 temporary visas for HGV drivers and a further 5,500 for poultry workers in the run-up to Christmas to head off fears of a turkey shortage.

But Richard Walker, Iceland’s managing director, said that making business the ‘bogeyman’ for issues such as driver shortages was ‘simply not helpful’.

And Nick Allen, chief executive of the British Meat Processors Association, said it was ‘nonsense’ to claim the problems in the sector were all down to low wages. He added that even ‘dramatic’ wage increases were failing to attract British applicants.

Ghana’s LGBTQ: How a US group with links to the far-right may have influenced a crackdown on the community #Ghanas #LGBTQ #group #links #farright #influenced #crackdown #community