A little boy with with cerebral palsy caught up in a state border bungle has finally been granted an exemption to quarantine at home after life-saving brain surgery in the US.

Sunshine Coast youngster Lenny Silveira remains holed up in hotel quarantine in Sydney with his dad Fabio after the pair returned to Australia last Friday.

The six-year-old was denied numerous exemptions by Queensland Health to be reunited with his mum and two siblings by quarantining at home, which goes against doctor’s orders for his recovery.

Common sense has since prevailed from the Queensland government in the wake of widespread outrage that has since followed. 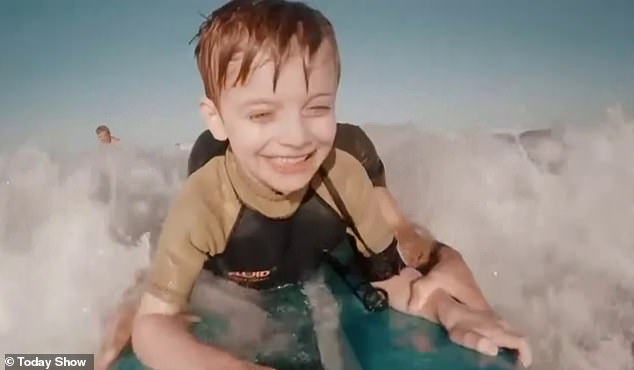 Lenny and his dad could return home as early as Thursday.

Mr Silveira, who left his wife and other children back home to travel to the US with Lenny welcomed the decision.

‘We are feeling relieved that today probably, weather permitting, because the weather is not great in the south-east Australia, but it is hoped that we will fly home today and be reunited with the family that is waiting for us,’ he told the Today show.

‘We’ve overwhelmed by the support that we got for the last 24 hours and hopefully that will somehow change the situation for other people as well.’

A day earlier, Today show co-host Karl Stefanovic ‘blew his stack’ after hearing about Lenny’s ordeal during an interview with his dad, describing the situation as ‘awful’.

‘Just have a look at that child there with cerebral palsy, in a hotel quarantine,’ Stefanovic fumed.

‘That is disgusting. I mean, if we can’t make allowances for that kind of thing in this country, I don’t know what has happened to this country.

‘The Queensland Government needs to look at that and fix it straightaway.’ 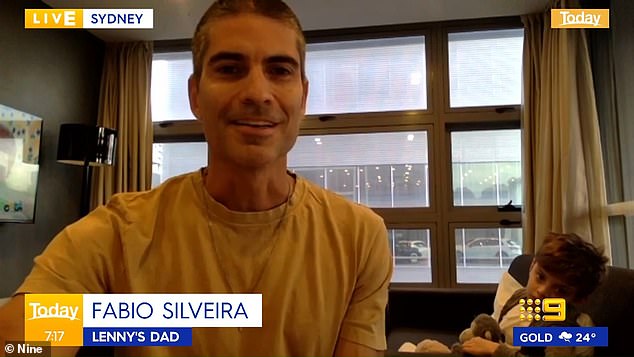 Lenny and his dad returned home via Sydney because there are currently no direct flights between the US and Brisbane.

The pair had numerous exemptions knocked back, despite giving plenty of notice.

‘It’s been super frustrating because we started the process for the exemption back at the end of the July,’ Mr Silveira said.

‘But I had other things to worry about. I had to go and take Lenny to surgery, recover, and I was really trusting that somehow it would come around.’

The exemptions were knocked back as the Queensland government spruiked its home quarantine trial.

‘I understand the seriousness of this situation, the Covid pandemic and the consequences of any exemption given, but we are talking about a 6-year-old boy who needs extremely intensive rehabilitation,’ Mr Silveira said on Wednesday.

‘We left half of the family home- his mum and two other kids,’ he said.

‘Our tickets were cancelled. So for three weeks we were in a drama, not knowing if we will be able to make it back home for Christmas as thousands of Australians are stranded overseas.’

‘We made it back last Friday, but then we hit a wall with Queensland Health exemption denying us entry in Queensland because we arrived in Sydney.

He added the pair were willing to fulfil any extra requirements to quarantine at home.

‘I am fully vaccinated. Lenny and I have been tested three times in the last 10 days, so it is sad that Lenny cannot follow his doctor’s prescription to follow the best therapy for achieving the best outcome of this surgery,’ Mr Silveira said. 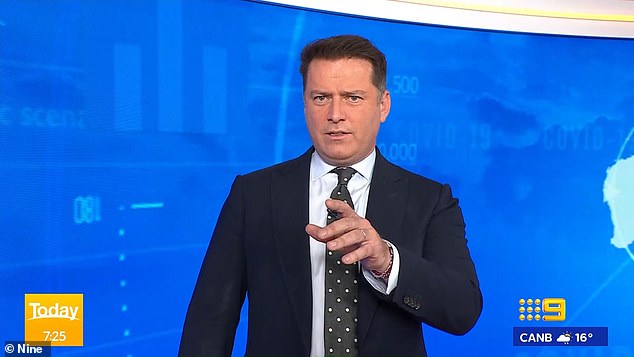 Karl Stefanovic was outraged to hear about Lenny’s situation, describing the situation as ‘disgusting’ 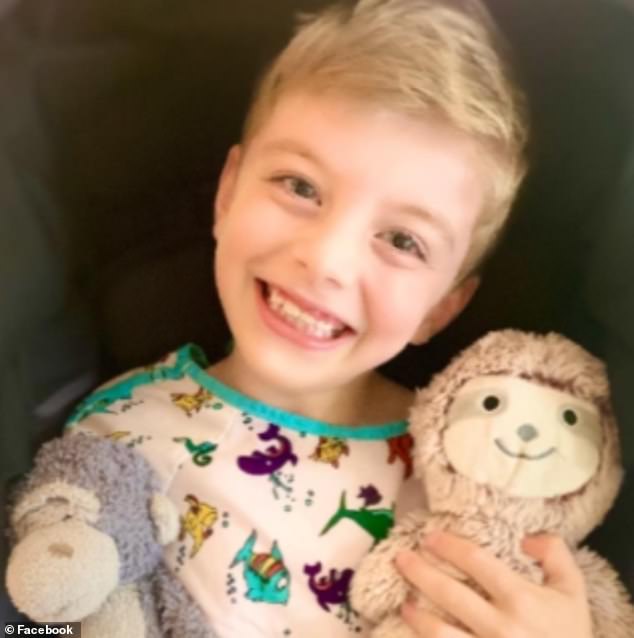 It’s hoped Lenny will eventually walk unassisted following his operation in the US.

‘It’s so time-sensitive. The longer we wait and the older he gets, the effects of the cerebral palsy get worse.’ 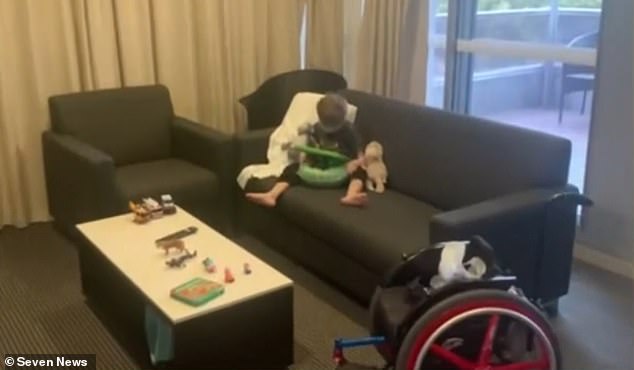