Anthony Joshua is in high spirits ahead of his heavyweight clash with Alexander Povetkin tonight at Wembley Stadium where he will be defending his WBA Super, IBF, WBO and IBO belts.

The boxing champion had the rare occasion of meeting someone as strong as him as he met with Wycombe Wanderers forward Adebayo Akinfenwa.

The striker has rightfully earned the nickname having been named FIFA 19’s strongest player, a title he has held for the last few years. Joshua presented him with the trophy. 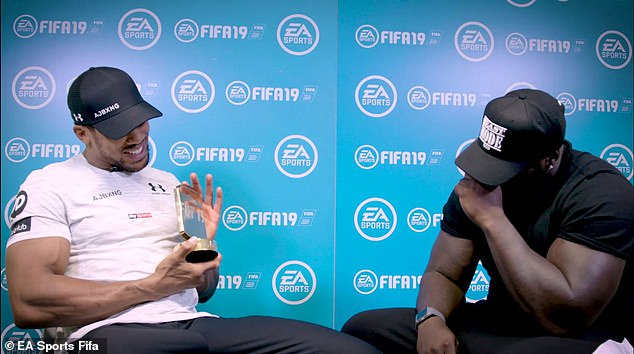 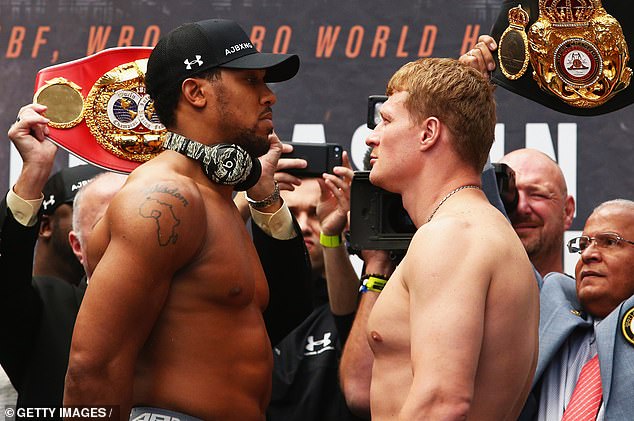 Joshua will defend his his WBA Super, IBF, WBO and IBO belts against Alexander Povetkin 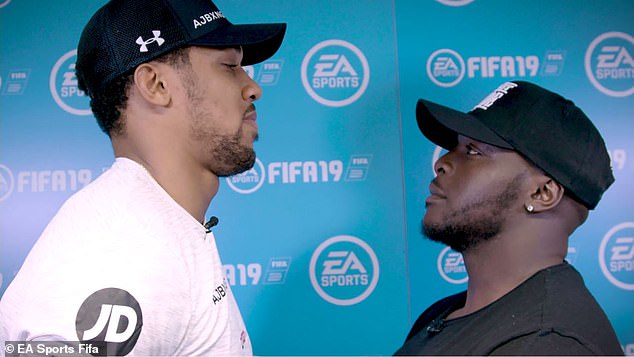 Joshua then joked around, comparing biceps with the forward before hesitantly admitting that Akinfenwa was probably a little bit stronger.

The boxer already has a copy of FIFA 19 and says he’s excited to finally get time to play it. While he likes that the game becomes more realistic every year, the new feature that really has Joshua excited is the Kick Off party modes.

As a typical fighter, it’s no surprise that Joshua is most excited for the ‘survival’ and ‘no rules’ game types, he get to put in some nasty fouls without the ref blowing his whistle in the latter. 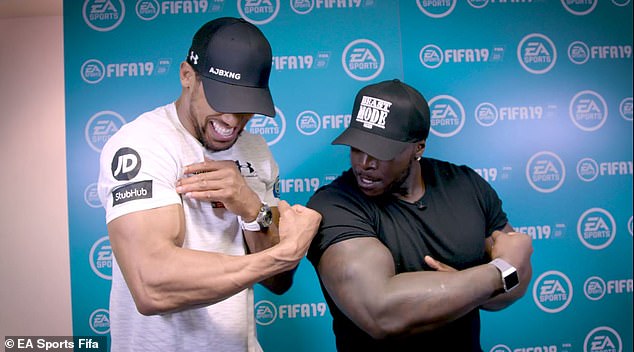 No rules is probably a mode where Akinfenwa would also shine. With 97 strength, he is the undisputed strongest player in the game with just three players close behind him with 95 strength.

However, the big man still might not be too happy when he realises his strength has actually gone down by one from last year. We’d hate to be the EA representative to break the news to him, that’s probably why they sent in Joshua.

Akinfenwa was at the FIFA 19 global launch party where he got to pose with the current World’s Strongest Man, Hafpor Julius Bjornsson.

EA were even kind enough to give the man from Iceland his own Ultimate Team card with a solid 87 rating at centre back. They gave him a full 99 physicality compared with Akinfenwa’s 83, although the Wycombe player probably won’t have any complaints on that one. 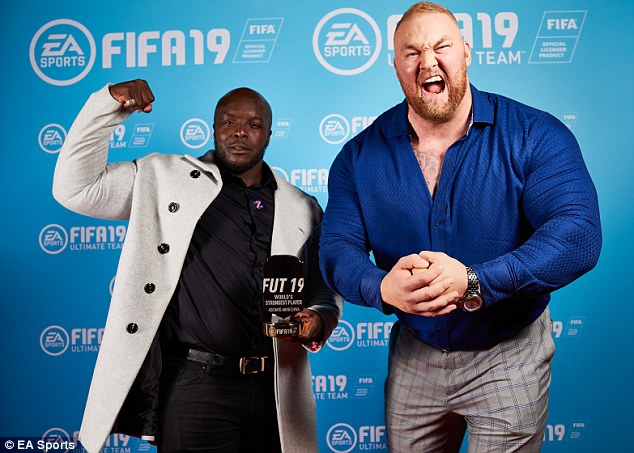 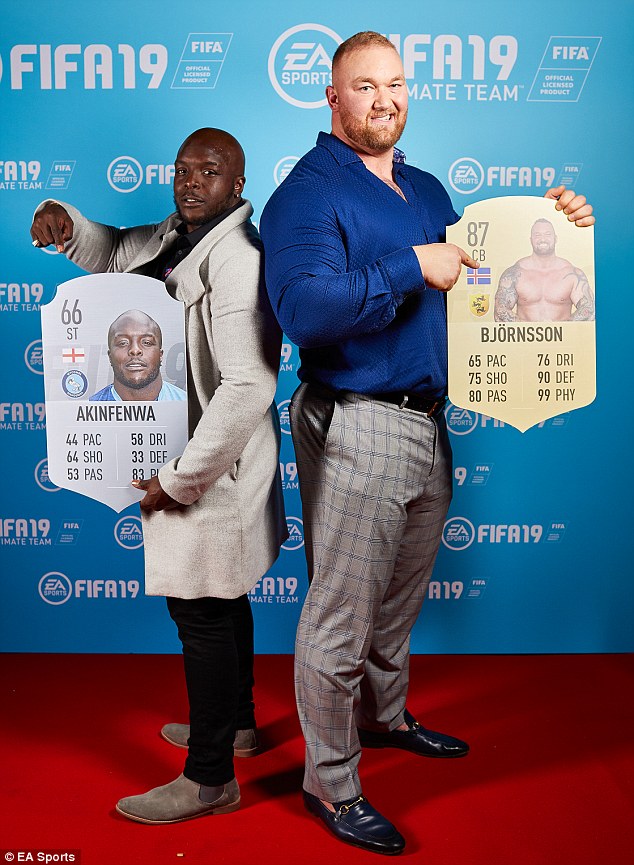 Both will have been happy with the FUT cards, Bjornsson was rightfully given 99 physicality

Along with his trophy, Akinfenwa also got a first look at his Ultimate Team card at the launch party. The big man will have been delighted to see that for the first time ever, he has a silver card on FUT.

His 44 pace isn’t brilliant but with 64 shooting and 83 physicality he’ll certainly be able to cause some damage.

Sports Australian rugby league player banned for placing ‘a hand between the buttocks’ of...

Sports Dele Alli was one compared to Diego Maradona and Ronaldinho but ex-Tottenham man...

Sports Sasha Banks shares video of her car being broken into: ‘Five minutes in...