A man aged in his 20s has been shot dead with the attack believed to be linked to the fatal shooting of gangster Mahmoud ‘Brownie’ Ahmad.

Emergency services responded to reports of a shooting on Knox Street at Belmore, in Sydney’s southwest, just before 4am on Saturday.

The 23-year-old man was treated by paramedics for gunshot wounds to his torso before he died at the scene.

He is understood to have been at home with his wife, who is pregnant with their second child, and their two-year-old. His wife was taken to Canterbury Hospital for a welfare check.

The man has yet to be formally identified and is believed to be a relative of underworld figure Ahmad.

Ahmad was gunned down in Greenacre on April 27 after he had a $1million bounty placed on his head.

He is one of 13 underworld figures to have been executed in the last 18 months. 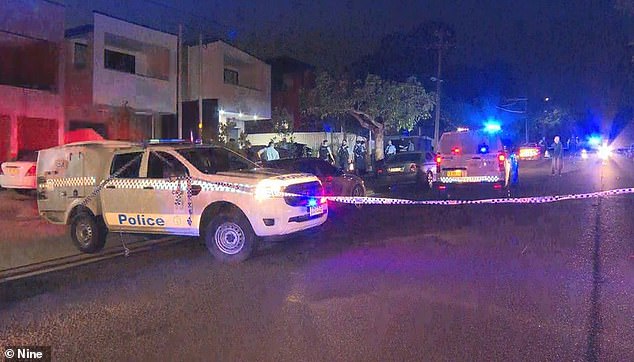 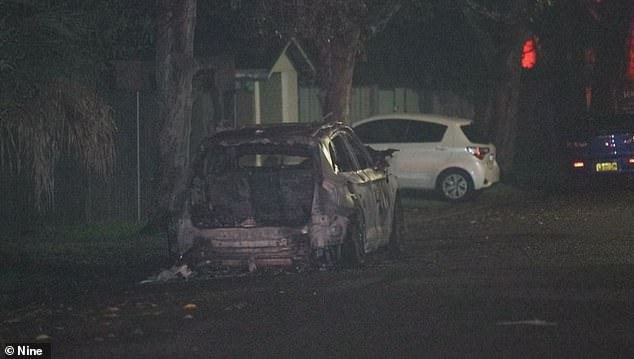 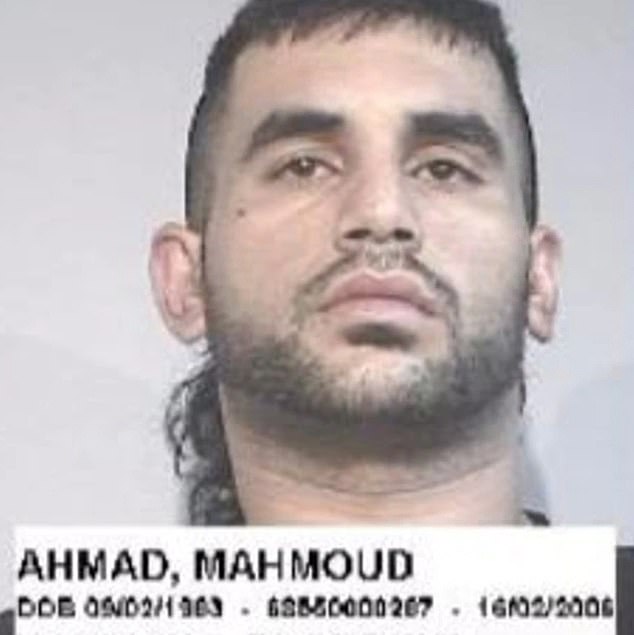 Ahmad (pictured) was gunned down in Greenacre on April 27. He had a $1million bounty placed on his head

Police have closed down Knox Street and set up a crime scene.

Moments following the shooting emergency services were called to help a pregnant woman who went into labour and an elderly man who suffered a fall.

One neighbour said they were woken up by the sound of gunshots.

‘My wife said did you hear that? I think that was gunshots,’ he told Daily Telegraph.

Another neighbour said they heard ’10 gunshots’ before they saw a car speed away down the street.

A resident who is a nurse said they attempted to perform CPR on the 23-year-old man who had been shot.

Police found a burned out car parked in the nearby suburb of Croydon.

It is the second shooting in a week after Comanchero boss Tarek, 41, and his brother Omar Zahed, 39, were gunned down while leaving a BodyFit gym on Parramatta Road in Auburn, western Sydney, on Tuesday.

Tarek was shot up to 10 times and remains under police guard as he recovers in Westmead Hospital.

His brother Omar died at the scene and was laid to rest at Rookwood Cemetery.

Mourners, some wearing balaclavas, arrived at the gravesite and embraced Muslim friends and family of the slain man.

Among them was underworld identity, Ahmed Elomar, the brother of ISIS terrorist Mohamed Elomar. 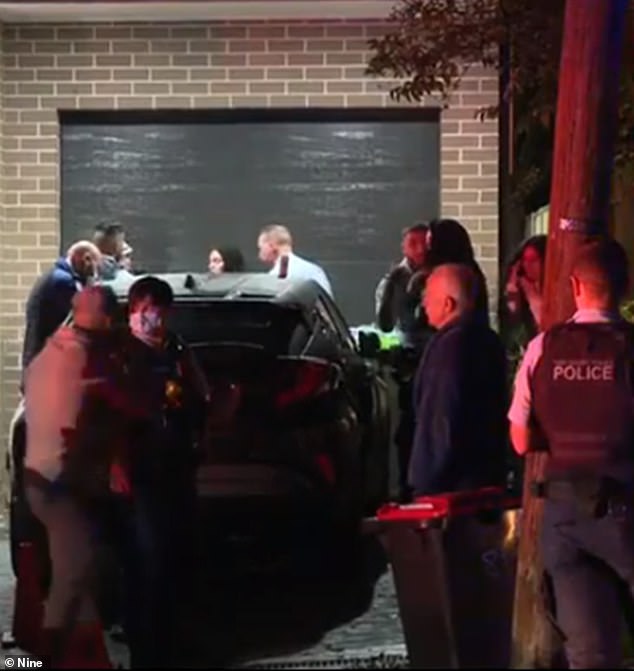 Police have closed down Knox Street and set up a crime scene (pictured, officers and detectives at the scene early on Saturday morning) 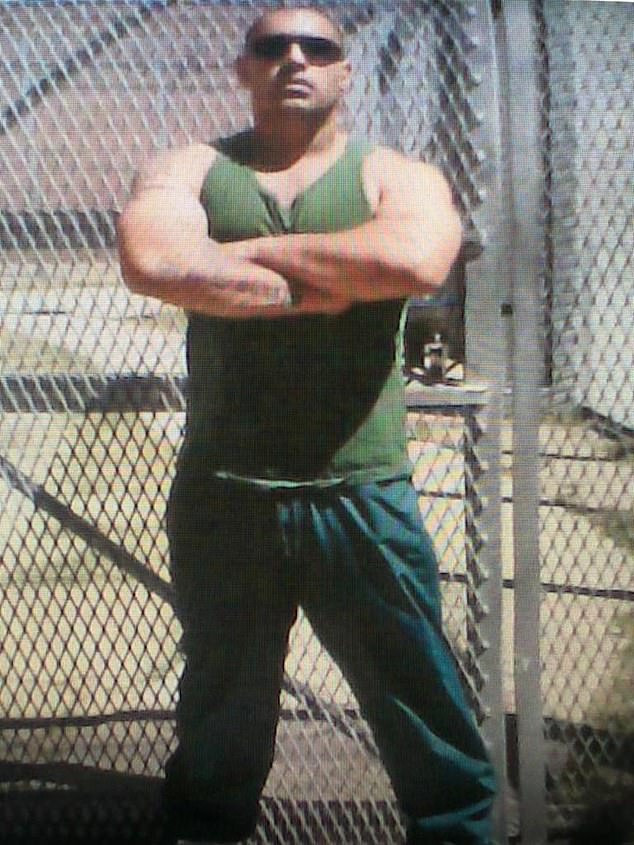 Elomar told Daily Mail Australia that Omar’s fatal shooting was evidence of the ‘shocking state of affairs for young Muslim men in Sydney’.

‘This generation is all over the place,’ he said.

‘What happened, who knows?’.

Mr Elomar said he had been a good friend of Omar who he had known in and out of jail.

A former champion boxer, Elomar served three years in prison for assaulting a policeman at the infamous 2021 pro-Islamic State riots in Hyde Park.

A mourner, who did not want to be identified, told Daily Mail Australia that Tarek was ‘out of a coma, but still not talking’.

Police are investigating whether the brazen gangland hit may have been an inside job sparked by an internal power struggle within the Comanchero. 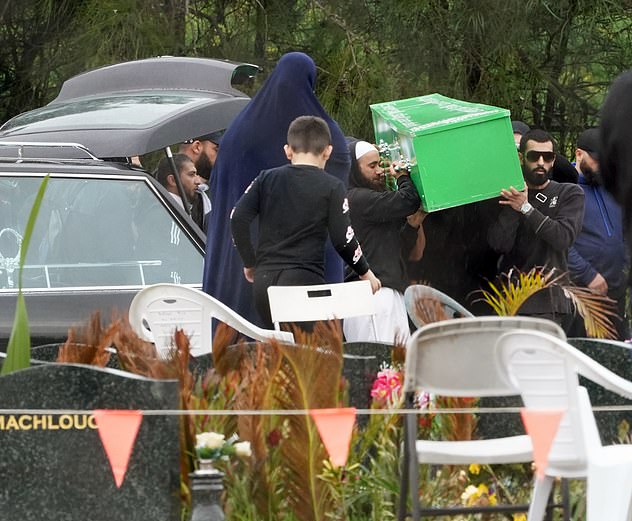 Police had warned the brothers as recently as Thursday last week that their lives were at risk, however their advice went unheeded.

Homicide Squad Commander Detective Superintendent Danny Doherty said police are investigating possible motives for the assassination attempt, refusing to rule out the possibility of an inside job.

‘We can’t discount an internal conflict,’ he told reporters.

‘There is opportunities for people to take their place and there’s a real power struggle within organised crime organisations.’

The 23-year-old man who was shot in Belmore, Sydney’s south-west, is believed to be a relative of underworld figure Mahmoud ‘Brownie’ Ahmad.

He is yet to be formally identified but it could mark the 13th gangland-style execution to rock Sydney in the last 18 months.

Comanchero bikie Fares Abounader was the first victim in the long spate of shootings after he was killed in a drive-by attack in Panania, south-west Sydney, on August 29, 2020.

Mejid Hamzy was shot dead in Condell Park on October 19, 2020 and then Mustafa Naaman was killed in a suspected mistaken identity attack on Ibrahem Hamze on January 31, 2021.

Mejed Derbas, Shady Kanj, Ghassan Amoun and Mahmoud ‘Brownie’ Ahmad are among the people who have also been shot.

Comanchero bikies with links to the Alameddine clan, Tarek Zahed and his brother Omar were the latest to be shot after they were gunned down while leaving a gym in Auburn on May 10, 2022.