Scott Morrison‘s government has warned councils not to use the Covid as an excuse to cancel Australia Day celebrations to appease Invasion Day activists who want the date changed.

Campaigners want the national holiday moved from January 26 as it is the day the First Fleet arrived Australia to begin colonisation.

Local councils are required to hold citizenship ceremonies on January 26 and could have their citizenship powers revoked by the government if they fail to comply.

While most councils are still holding citizenship ceremonies on Australia Day, some have announced they have called them off in either solidarity with Indigenous people or the Covid pandemic. 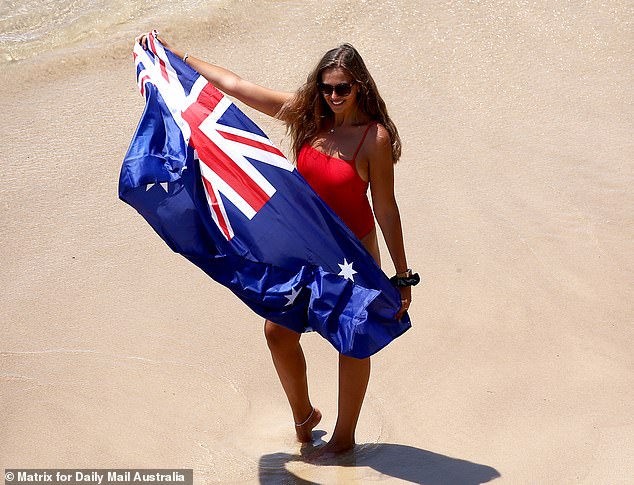 A woman celebrates Australia Day at Sydney’s Bondi Beach on January 26, 2019. Scott Morrison’s government has warned councils to go ahead with Australia Day celebrations despite Invasion Day protests as the Prime Minister takes a holiday

Immigration Minister Alex Hawke said local councils should not divide Australians over the contested date after a tough year marred by the pandemic.

‘For any council seeking to play politics with Australia Day citizenship ceremonies, our message is simple – don’t,’ Mr Hawke told The Australian.

‘Australians need this sort of negative bickering less than ever at this challenging time.

‘We know the vast majority of councils across the country will do the right thing when determining whether to hold online or physical citizenship ceremonies.’

Inner-city Melbourne councils Yarra and Darebin will not be holding citizenship ceremonies on January 26.

The two councils voted to stop referring to January 26 as Australia Day in 2017, which resulted in their citizenship powers being stripped. 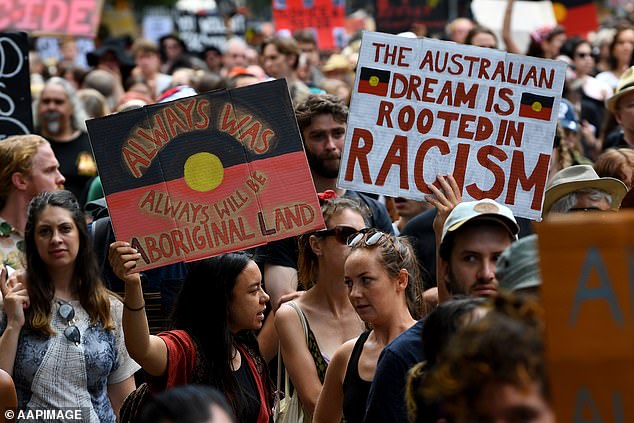 Protesters are seen during the Invasion Day rally in Melbourne on January 26, 2020. Immigration Minister Alex Hawke said local councils should not divide Australians over the contested date after a tough year marred by the pandemic 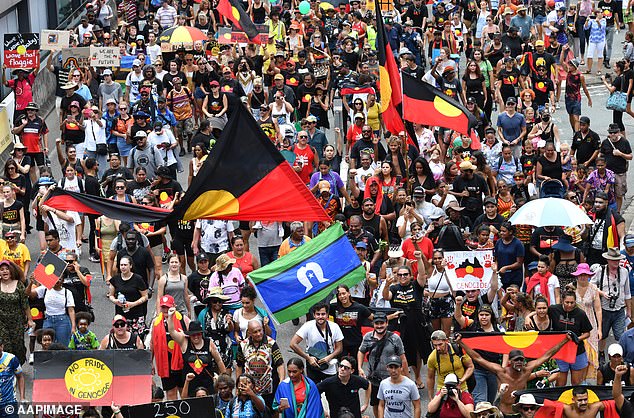 Protestors are seen crossing the Victoria Bridge during the Invasion Day rally in Brisbane, on January 26, 2020.

Melbourne’s Moreland council postponed all of its citizenship ceremonies until further notice due to Covid-19 and will not be holding Australia Day celebrations.