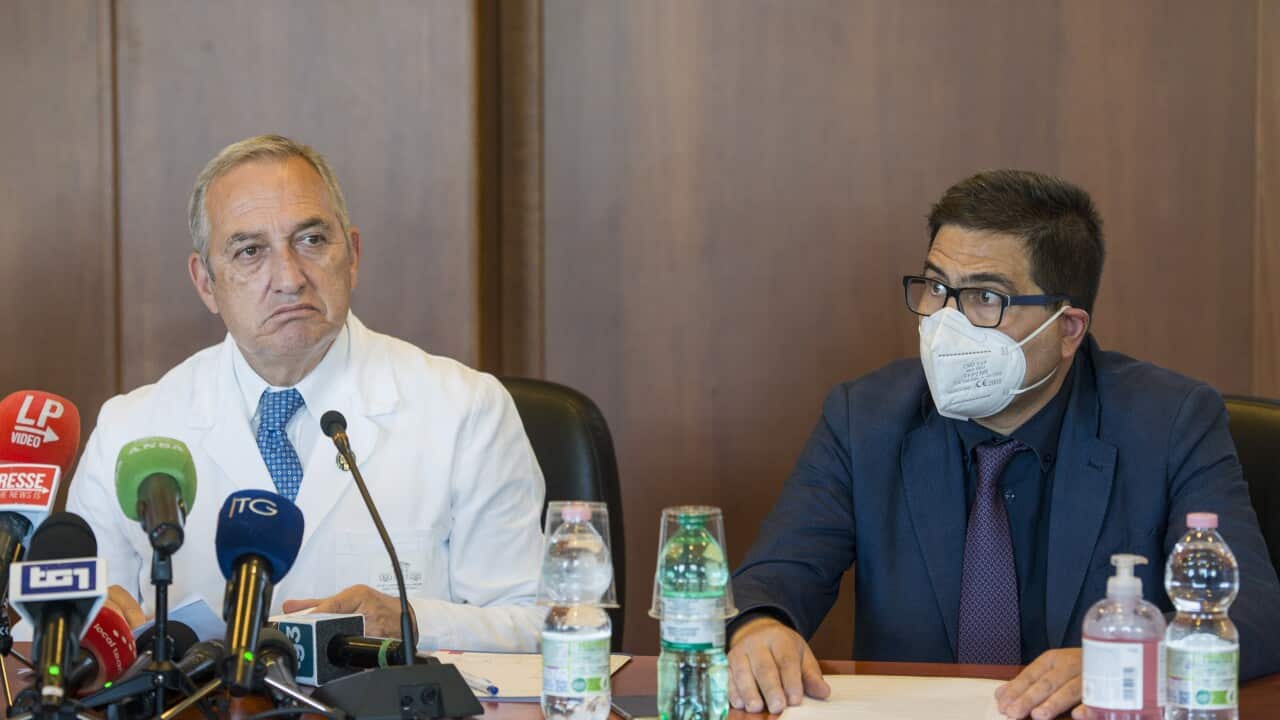 Israel, Switzerland and Austria are the latest countries to confirm cases of monkeypox, bringing the total number of nations reporting outbreaks to 15.

In recent weeks, cases have been detected in Britain, France, Germany, Belgium, Italy, Portugal, Spain and Sweden as well as in the United States, Canada and Australia, raising fears the virus may be spreading.
On Saturday, the World Health Organization (WHO) received reports of 92 laboratory-confirmed monkeypox cases and 28 suspected cases from several countries where the disease is not endemic.
Britain is seeing daily infections of the rare monkeypox virus that are unconnected to any travel to West Africa, where the disease is endemic, a health official said on Sunday.
The UK Health Security Agency (UKHSA) said new figures would be released on Monday, after it registered 20 cases on Friday.
Asked if community transmission was now the norm in Britain, UKHSA chief medical adviser Susan Hopkins said “absolutely”.

“We are finding cases that have no identified contact with an individual from West Africa, which is what we’ve seen previously in this country,” she told BBC television. “We are detecting more cases on a daily basis.”

Ms Hopkins declined to confirm reports that one individual was in intensive care, but said the outbreak was concentrated in urban areas, among gay or bisexual men.
“The risk of the general population remains extremely low at the moment, and I think people need to be alert to it,” she said, adding that for most adults, symptoms would be “relatively mild”.
The first UK case was announced on 7 May, in a patient who had recently travelled to Nigeria. The disease is also spreading in Europe and North America.

“We’re taking it very, very seriously,” he told the BBC.
The United Nations’ AIDS agency on Sunday called some reporting on the monkeypox virus racist and homophobic, warning of exacerbating stigma and undermining the response to the growing outbreak.
UNAIDS said “a significant proportion” of recent monkeypox cases have been identified among gay, bisexual and other men who have sex with men.

But transmission is most likely via close physical contact with a monkeypox sufferer and could affect anyone, it added, saying some portrayals of Africans and LGBTI people “reinforce homophobic and racist stereotypes and exacerbate stigma”.

“Stigma and blame undermine trust and capacity to respond effectively during outbreaks like this one,” said UNAIDS deputy executive director Matthew Kavanagh.
“Experience shows that stigmatising rhetoric can quickly disable evidence-based response by stoking cycles of fear, driving people away from health services, impeding efforts to identify cases, and encouraging ineffective, punitive measures.”
Monkeypox symptoms include fever, muscle aches, swollen lymph nodes, chills, exhaustion and a chickenpox-like rash on the hands and face.
There have been thousands of human infections in parts of Central and Western Africa in recent years but it is rare in Europe and North America.
Israel also confirmed its first case of monkeypox on Saturday.
A spokesman for Tel Aviv’s Ichilov hospital told AFP that a 30-year-old man, who recently returned from western Europe with monkeypox symptoms, had tested positive for the virus.
On Friday, the health ministry said the man had been exposed to a person with monkeypox abroad, noting a clinical sample had been taken for testing, as he remained in isolation at Ichilov in mild condition.
Austria’s first case of monkeypox has been confirmed, Vienna’s health authority said on Sunday after reporting the case as suspected.
“Suspected case of pox viruses confirmed,” the health authority said on Twitter, adding that the male patient had tested positive for the viruses and given his symptoms it was safe to assume it was monkeypox. He was taken to a city hospital on Sunday with fever and skin lesions, it said.
Swiss health officials on Saturday also reported the country’s first case of monkeypox in a person living in the canton of Bern but who was exposed while abroad.
Bern’s health authority said the patient had been treated as a walk-in case and was now isolating at home. Everyone who had come into contact with him had been informed, it added in a statement.
“As far as we know, the person concerned was exposed to the virus abroad,” the statement added.
Health officials became aware of the case on Friday, and it was confirmed as monkeypox the following day.
The WHO’s regional director for Europe Hans Kluge warned on Friday that cases could accelerate in the coming months, as the virus spread across Europe.
No treatment exists, but the symptoms usually clear up after two to four weeks. The disease is considered endemic in 11 African nations.

Monkeypox can be transmitted through contact with skin lesions and droplets of a contaminated person, as well as shared items such as bedding and towels.

Symptoms include fever, muscle aches, swollen lymph nodes, chills, exhaustion and a chickenpox-like rash on the hands and face. They usually clear up after two to four weeks.
There is no specific treatment but vaccination against smallpox has been found to be about 85 per cent effective in preventing monkeypox.
Monkeypox has caught the attention of US President Joe Biden, who said on Sunday that people should be on guard against the disease which has the potential for “consequential” impact if it were to spread further.
The US leader, on his maiden trip to Asia as president, said in Seoul that health officials have not fully briefed him about “the level of exposure” in the United States.
“But it is something that everybody should be concerned about,” Mr Biden told reporters before boarding Air Force One to fly to Tokyo.

“It is a concern in that if it were to spread it would be consequential,” he added. “We’re working on it hard to figure out what we do and what vaccine if any might be available for it.”