Australia and India expect to seal an interim trade agreement by the end of the year following a meeting on the sidelines of global Quad talks.

The two nations confirmed their commitment to announce an interim trade agreement by December. 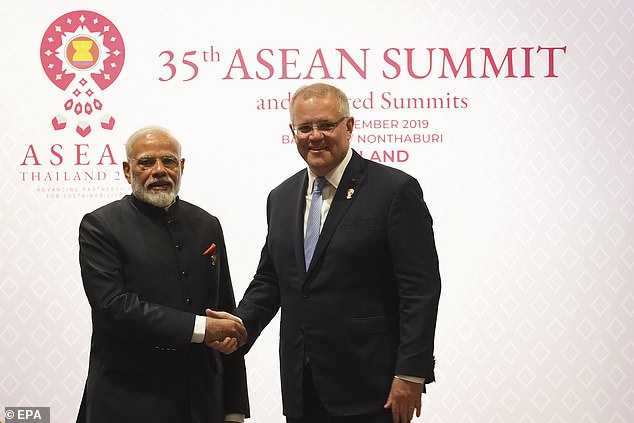 ‘In this regard, Prime Minister Modi highlighted the need for a broader dialogue on environment protection,’ a communique released by the Indian leader said.

Australia is inching towards a commitment to net zero emissions by 2050 amid immense international pressure in the lead-up to United Nations climate talks in Glasgow in November.

The Indian PM reiterated his invitation for Mr Morrison to visit India.

‘The prime ministers agreed that as two vibrant democracies in the region, the two countries needed to work closer together to overcome the challenges in the post-pandemic world.’