A man waving an Australian flag and wearing a MAGA hat has been forcibly shoved back into his ute by a group of indigenous bikies outside an ‘Invasion Day’ protest.

The man had parked his vehicle along King George Terrace in Canberra on Tuesday, in front of the Aboriginal Tent Embassy where a rally against Australia Day was held.

He tried to use the Australian flag he was holding as a shield as the bikies, who belong to the indigenous Black Death Australia motorcycle club, closed in on him to remove him from the area. 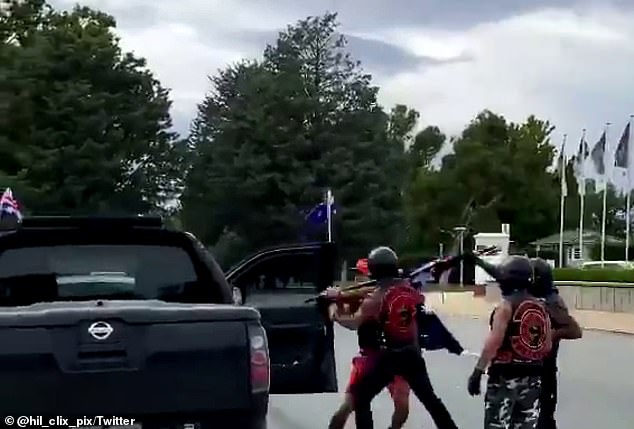 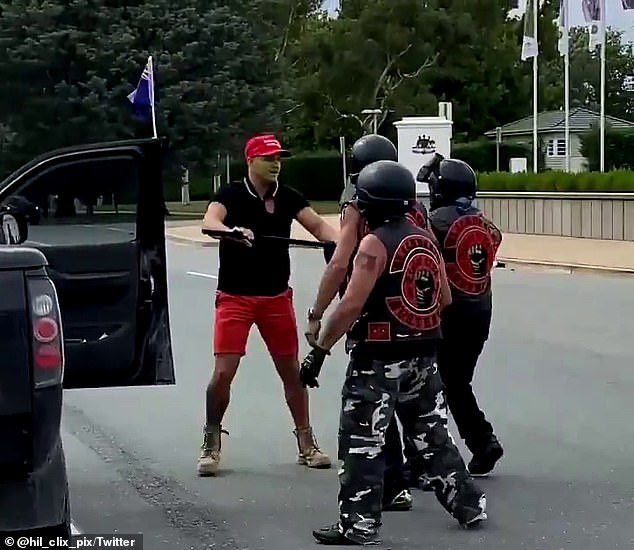 The bikies told him to ‘get out of here’ before one pushed him back into the ute adorned with Australian flags and slammed his door shut.

A crowd of onlookers cheered as the man drove off.

The trio who confronted the man were wearing jackets belonging to Black Death Australia.

According to their Facebook page, ‘Black Death is an Indigenous political club, motorcycle riders dedicated to the empowerment of Indigenous nations, and the human and civil rights of all Australians’.

Video footage of the incident was uploaded to Reddit, which attracted hundreds of comments.

‘Why is an Australian wearing a hat saying Make America Great Again?,’ One person wrote. 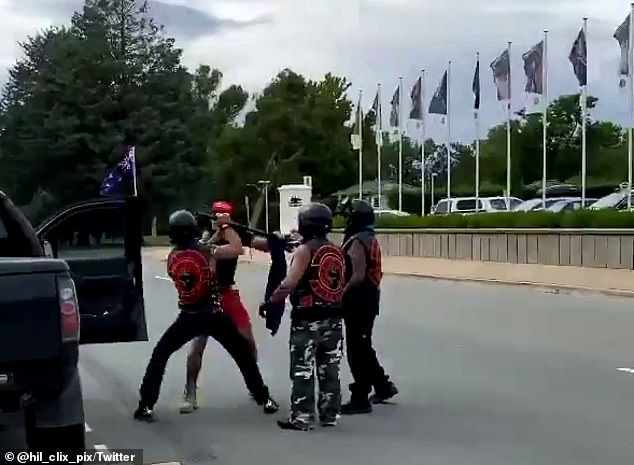 The man was told to ‘get out of here’ before he was sent back to his vehicle. Crowds cheered as he drove off 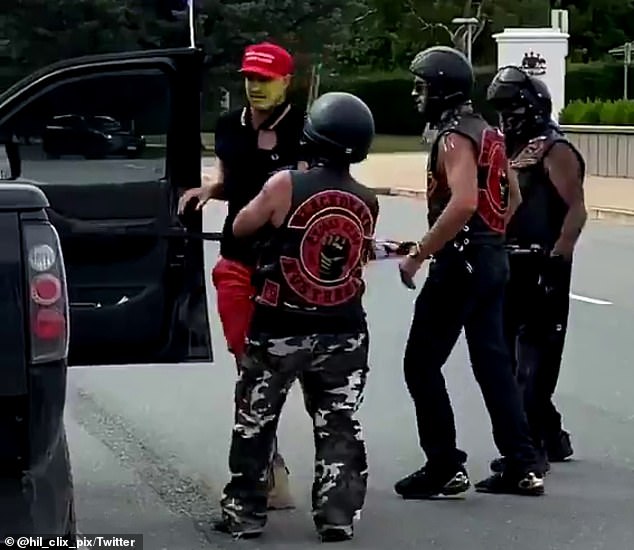 The trio of men who told the man to leave the area were wearing jackets from Black Death Australia, an Indigenous motorcycle club

Another said: ‘I’m in Australia and can confirm that the Australian people do not have patience for any nonsense’.

‘It absolutely amazes me that “Make America Great Again” is a thing is Australia. Maybe Make Australia Great Again? Shockingly idiotic,’ was another comment.

The Aboriginal Tent Embassy was first established on January 26, 1972 on the grounds in front of what was then Parliament House in protest to the government’s approach to Indigenous land rights.

The Tent Embassy has remained to fight for land rights, Indigenous sovereignty and self-determination.

Protests were held across the nation on Tuesday, referring to Australia Day as ‘Invasion Day’. 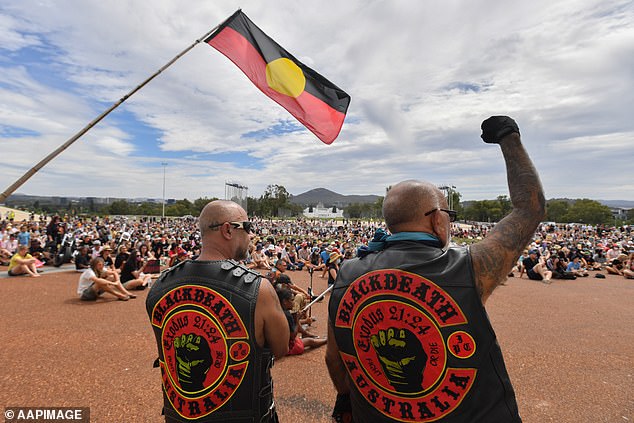 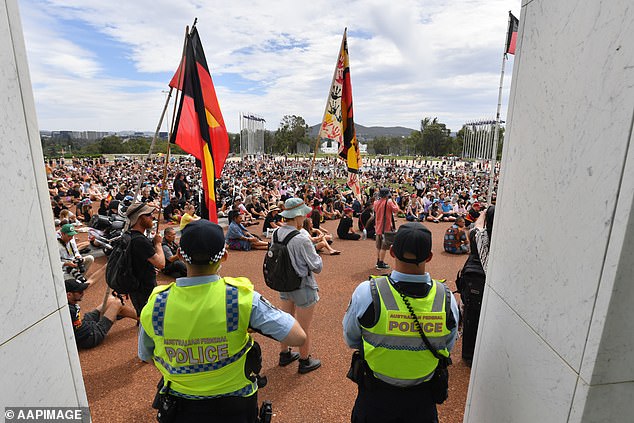 Protesters in Canberra later marched from the Tent Embassy to Parliament House, where thousands sat in solidarity with First Nations people.

Australia Day has been a national public holiday since 1994 after it was previously recogised in some states.