Australia’s economy contracts by 1.9 per cent in the September quarter of 2021 because of lockdowns #englishheadline #Australias #economy #contracts #cent #September #quarter #lockdowns

Australia is at risk of sinking into another recession with the economy suffering the biggest contraction since the start of the pandemic.

Extended lockdowns in Sydney and Melbourne, to slow the spread of the Delta Covid strain, caused national gross domestic product to shrink by 1.9 per cent in the September quarter.

This was the sharpest downturn since Australia’s economy shrunk by 6.8 per cent in the June quarter of 2020, following the national lockdowns and border closure.

The summer bushfires had caused the economy to fall by 0.3 per cent in the March quarter of last year, which meant Australia sunk into recession for the first time since 1991. 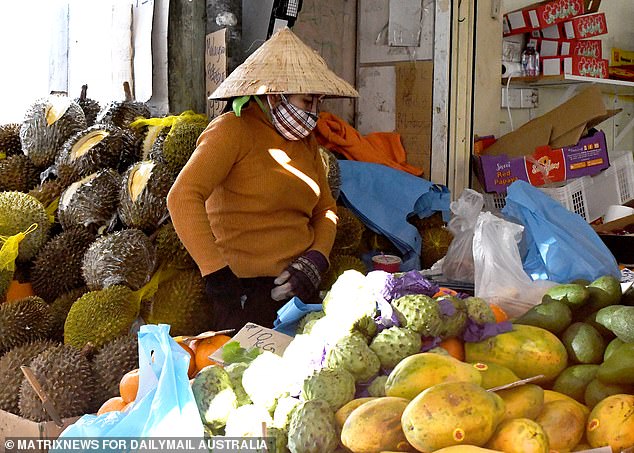 Australia is on the verge of another recession with the economy suffering the biggest contraction since the start of the pandemic.

The 1.9 per cent contraction in the September quarter was the third steepest in Australian Bureau of Statistics records going back to 1959, with a 2 per cent drop recorded in the June quarter of 1974 as the OPEC oil crisis began to affect Australia.

Another contraction in the December quarter of this year, while very unlikely, would see Australia sink into recession again in a consecutive year for the first time since 1983.

A technical recession is defined as two consecutive quarters of negative growth.

So far, the evidence suggests Australia won’t experience another contraction in the December quarter with post-lockdown retail sales in October surging by 4.9 per cent.

The bigger issue now is inflation as global Covid supply constraints push up the prices of consumer goods in the lead-up to Christmas.

Westpac senior economist Andrew Hanlan said that even during the lockdowns in Australia’s biggest cities, consumer spending was still resilient, with many opting for online purchases.

‘In terms of the key surprise – this was around consumer spending – which was down sharply, but not as much as anticipated,’ he said.

Consumer spending during the September quarter fell by 4.8 per cent, a level less severe than a 5.5 per cent forecast by economists.

CommSec chief economist Craig James said the Australian economy was likely to bounce strongly in the December quarter, with most prolonged lockdowns ending by October.

‘Over November, Aussies embraced the new freedoms such as shopping at “bricks and mortar” stores at the Black Friday sales – putting forced savings to work,’ he said.

‘So it shouldn’t surprise if the economy rebounds in the December quarter by a similar or bigger magnitude as the September quarter contraction.’