Baby-faced bikie, 21, proudly shows off his new ink while posing with his ‘wifey’ after becoming a patched member of the Rebels – only to discover he will have to wear MAKE-UP to cover up the tats

A baby-faced bikie has showed off provocative new ink reserved for fully-patched gang members – but will have to wear make-up to cover up his tattoos within weeks.

Samuel Wilmott, 21, of Perth, proudly displayed a Rebels MC tattoo on his arm on social media while standing with his glamorous ‘wifey’, Chantelle Bate on her 22nd birthday.

Willmott, who police last year said was a Rebels bikie nominee, appeared in the District Court on Friday.

‘Happy 22nd wifey, hope you have an amazing day love you,’ Willmott wrote in a romantic post tagging Ms Bate, while raising his Rebels forearm tattoo in front of her so it could be clearly read.

Under a new Western Australian government law preventing bikie gangs from displaying their ‘brands’, Willmott will soon have to cover his ink or face 12 months in jail and a $12,000 fine.

Baby-faced bikie Samuel Willmott has showed off provocative new ink reserved for fully-patched gang members, but he may be forced to wear make-up to cover them within days

In other posts, Ms Bate described Willmott as ‘my ride or die’.

New legislation expected to pass into law in Western Australia on December 9 which will mean Willmott and other bikies have to wear make-up to hide their gang tats.

The new bill, which is touted as Australia’s ‘toughest’, targets 46 clubs including the Rebels, Coffin Cheaters, Hells Angels, Bandidos and Gypsy Jokers and by banning all wording associated with them in public.

Among Brajkovich’s many tattoos are the word ‘Hells Angels’ on his forehead and ‘1%er’ on his neck.

The law will make it illegal to ‘display prohibited insignia’, including the wearing of gang patches and even going out in public with visible tattoos referencing gangs.

Facial tattoos, clothing, or even stickers or painted insignia on a motorcycle or car will be included in the bill. 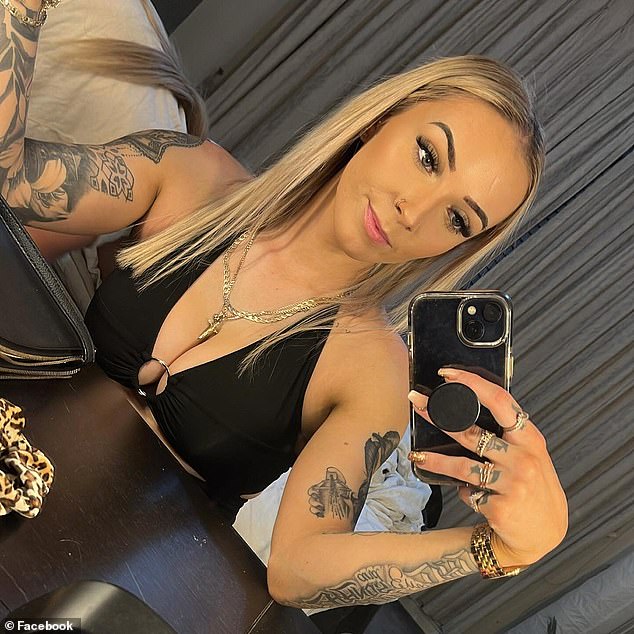 ‘I would start with things like Band-Aids or make-up certainly or have it removed or alternatively, people can choose the option not to live in Western Australia if this law passes,’ Mr Blanch told 6PR’s Mornings Program, referring to Brajkovich.

The maximum penalties for wearing prohibited insignia under the new law are 12 months in jail, a $12,000 fine for individuals or up to $60,000 for ‘corporations’.

Willmott was named by WA police as a Rebels nominee when he was arrested in the wake of the gang’s boss Nick Martin’s murder.

Martin, 51, was shot dead at Kwinana Motorplex in Perth on December 12, 2020 in a gruesome and public execution.

Willmott and another man are expected to learn their fate and possible sentence on December 7.

Willmott and his girlfriend Ms Bate pose for a social media post. Ms Bate described Willmott as ‘my ride or die’ 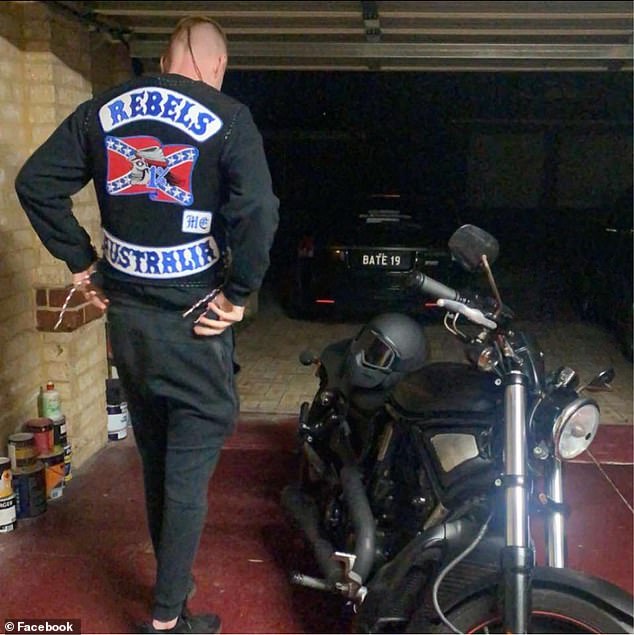 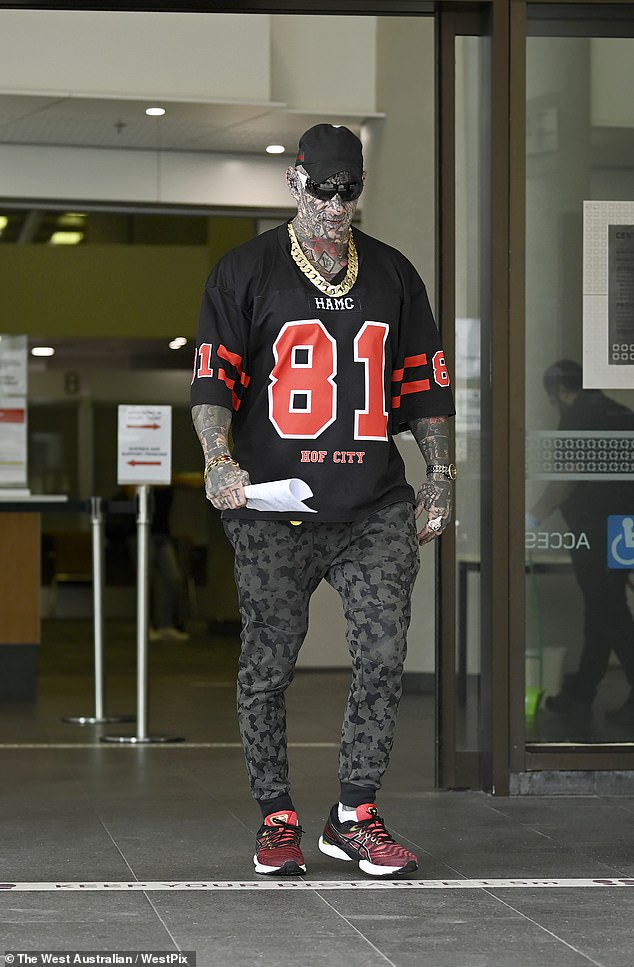 Dayne Brajkovich leaving court. A new law in Western Australia could force him to wear make-up to cover up his tattoos

In October Coffin Cheater bikie Chris ‘Ballistic’ Orchard, whose motto is the implied threat that ‘I shake hands to negotiate … I throw hands to renegotiate’ compared the new ban on gang insignia to ‘Nazi Germany’.

‘Just like that we (are) now in North Korea (or) Nazi Germany whatever you want to call it we are there freedoms gone anyone who thinks this s**t is right you are delusional,’ Orchard wrote on Facebook.

‘How about instead of making us remove or cover our tattoos you f**ks force child molesters to get tattoos to identify them and force them to show them at all times in public?’ he said.