Sloth in a onesie! Orphaned baby saved from infection by home remedy involving bandages that look like pyjamas

This might be the cutest form of alternative medicine. Two orphan baby sloths are treated for mange dressed in what looks like a ‘Onsie’.

The twin sloths may look cute in the alternative outfits but actually it is a way of ridding their tiny bodies of the parasitic mites.

Snug: The orphan sloth look like they are wearing pyjamas during their treatment for mange 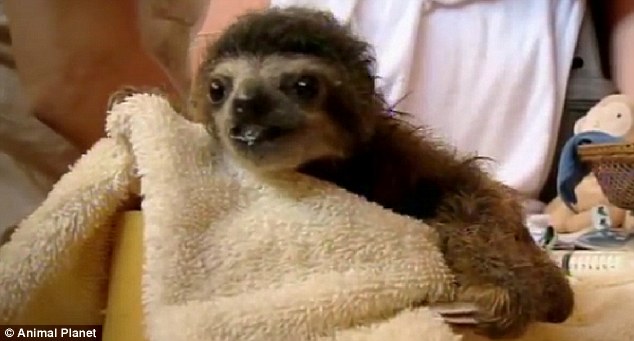 They might be a growing trend for humans but the baby sloths didn’t seem to mind either.

In their case they have been suffering with a nasty case of mange – a skin infection caused by mites which hide in the fur and on the skin. 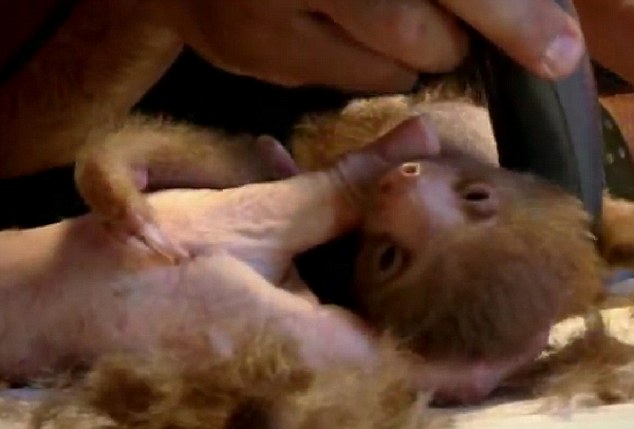 Lucky for them, the pair have been taken care of by sanctuary owner Judy Avey-Arroyo in Costa Rica.

She has used her home remedy system to treat them. The first stage was to shave the babies – completely removing the fur, which in turn removes all of the mites.

Next, she smothers their bare skin with a balm made of sulfur and lard, which soothes the skin and suffocates any remaining mites. 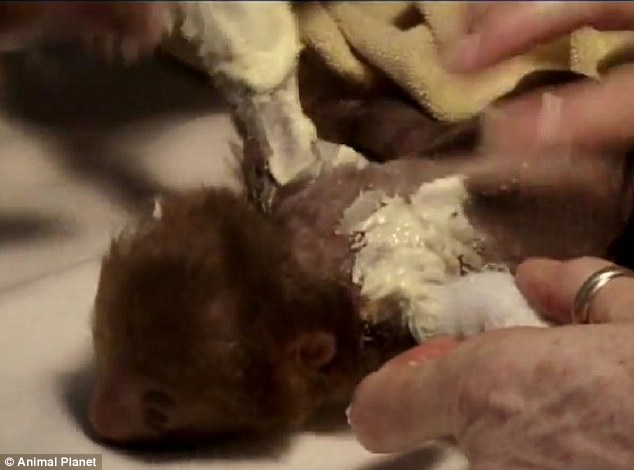 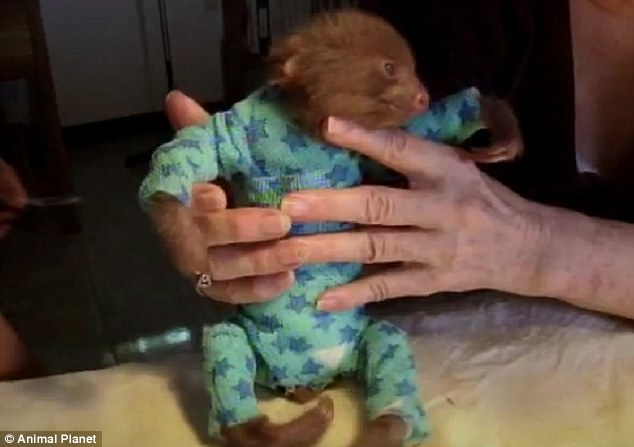 The orphan looks cosy in his new bandages, which look like pyjamas

The final stage the creatures are swaddled in bandages to keep them from licking off the balm.

The colourful bandages look like the animals are in their pyjamas.

In the video from Animal Planet, the pair can be seen cuddling up to one another, which apparently is common for orphans sloths. 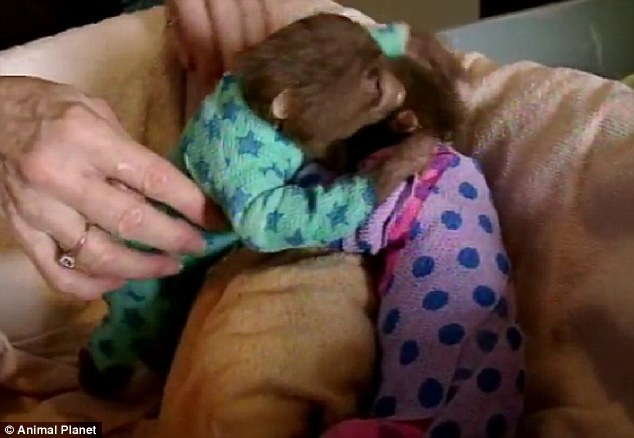