Bayern Munich are thrashed FIVE-NIL at Borussia Monchengladbach – their worst defeat for 43 YEARS – despite naming a full-strength team for German Cup clash including Lewandowski, Neuer, Kimmich and Co

Borussia Monchengladbach sensationally struck three times in the opening 21 minutes to demolish Bayern Munich 5-0 on Wednesday and dump them out of the German Cup following their heaviest defeat in the competition.

Gladbach’s dream start yielded two goals from Ramy Bensebaini and one from Kouadio Kone to put them in the driving seat before Breel Embolo struck twice early in the second half to kill off the game. 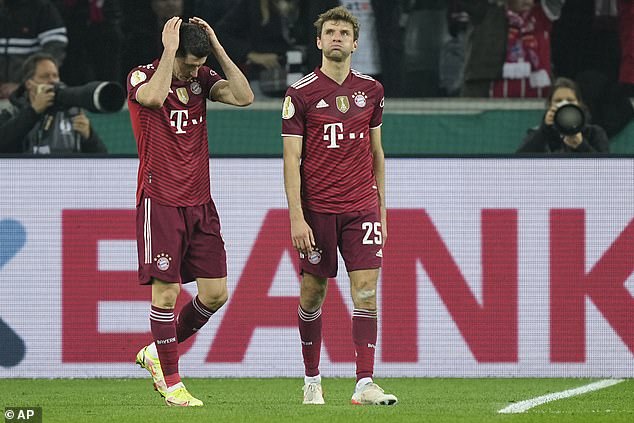 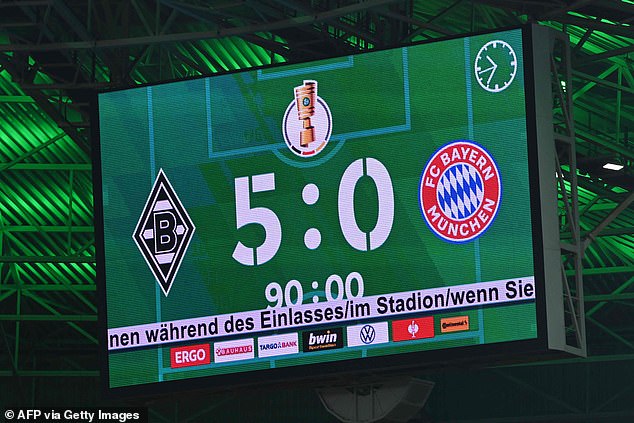 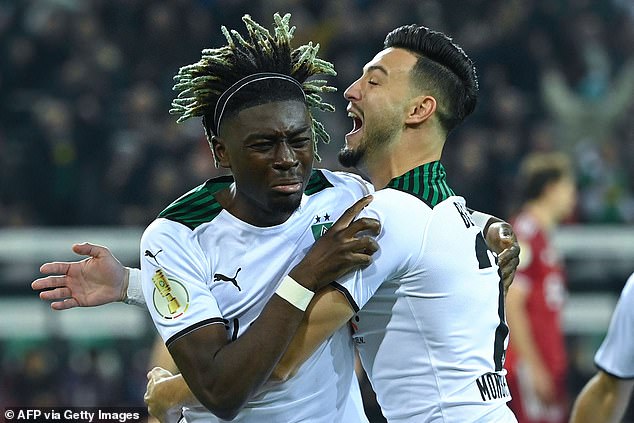 It was also their first ever Cup win over Bayern.

‘We were just not there. We did not win a single tackle or challenge in the entire first half.

‘Everything that could go wrong went wrong. Gladbach did it really well.

‘We were absolutely not there. A blackout. It should not have happened to us in such a way.’

The Bavarians, who have scored a record 33 goals in nine league games and have added another 12 goals without conceding any in three Champions League matches, were the overwhelming favourites.

But the hosts needed just 80 seconds to open their account with Kone pouncing on a sloppy pass by Bayern’s Alphonso Davies to beat keeper Manuel Neuer.

With the Bayern defence in complete disarray, the hosts should have scored again with Jonas Hofmann and Embolo coming close as the defensive efforts by the visitors piled up.

Gladbach did it better in the 15th, outplaying the static Bayern backline for Bensebaini to thunder a Hofmann cutback past Neuer.

Before they had any time to recover Lucas Hernandez, who earlier on Wednesday had seen a six-month prison sentence suspended in Spain, clumsily brought down Embolo in the box and Bensebaini sent Neuer the wrong way with an audacious spot kick to make it 3-0.

With Bayern coach Julian Nagelsmann confined to his home after testing positive for COVID-19, assistant coach Dino Topmoeller had to wait until the second half to see some decent attacks from his players. 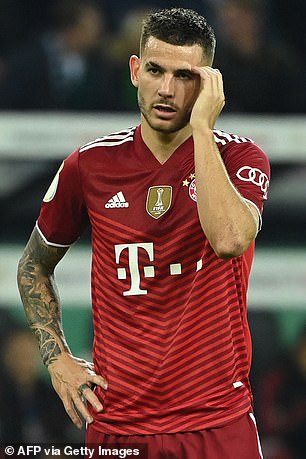 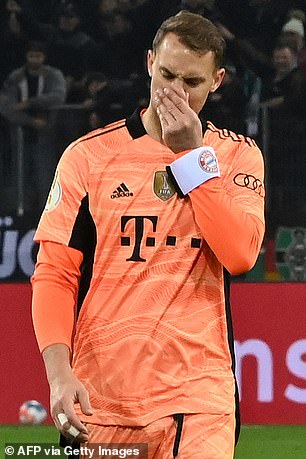 Bayern named a strong starting XI, with Lucas Hernandez (left) and Manuel Neuer (right) both featuring alongside the likes of Robert Lewandowski and Leroy Sane

But before they even got into any rhythm, Gladbach struck again with man-of-the-match Embolo beating two defenders, who let a high ball bounce between them, to slot the ball in through the legs of Neuer.

The Swiss bagged his second goal of the evening in the 57th, finding far too much space once more to score their fifth off the post.

Monchengladbach midfielder Jonas Hofmann said it was like playing ‘in a trance’.

‘We had a super start to the game and we were up 3-0 after just over 20 minutes.

‘You have to earn it but everything fell into place tonight.

‘It was like in a trance but also exactly what we had set out to do. We defended superbly. It was very good. 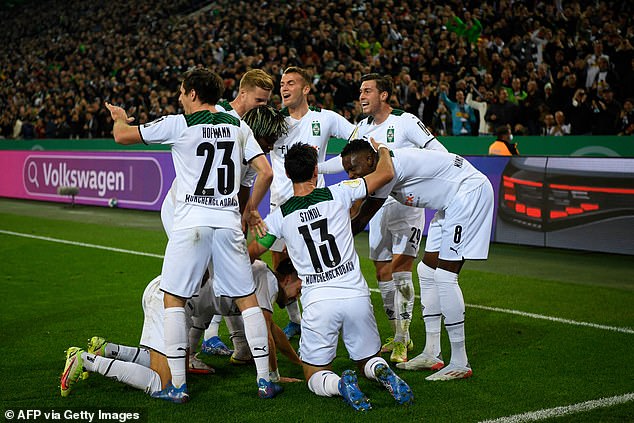 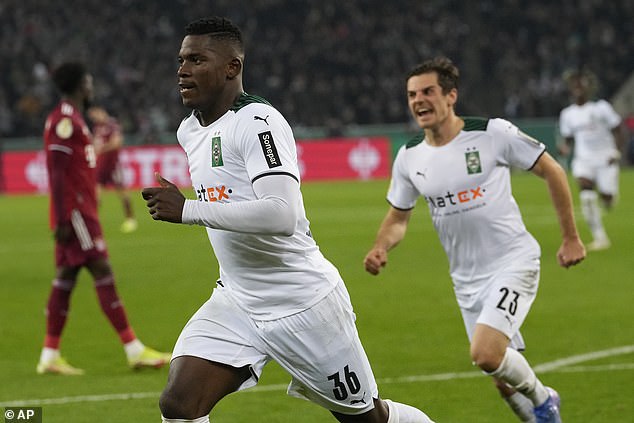 He added: ‘If you are 3-0 behind after 20 minutes or so then it affects you mentally.

‘Then even Bayern players are only human. We can pat ourselves on the back. You cannot hope for a better start than that against Bayern.’

‘You dream sometimes of something like that,’ Gladbach sports director Max Eberl added. ‘But you do not ever think that it could actually become reality.

‘It is an historic performance. This evening will go into Gladbach’s history books.’