Wherever you looked, there were dazzling forwards doing their thing in Turin but this white-knuckle ride of a UEFA Nations League semi-final was settled in France’s favour by the sweetest of strikes by Theo Hernandez.

The AC Milan winger scored in the 90th minute to complete a stunning fight-back by the world champions and book a date in the final with Spain at the San Siro, his home stadium, on Sunday. 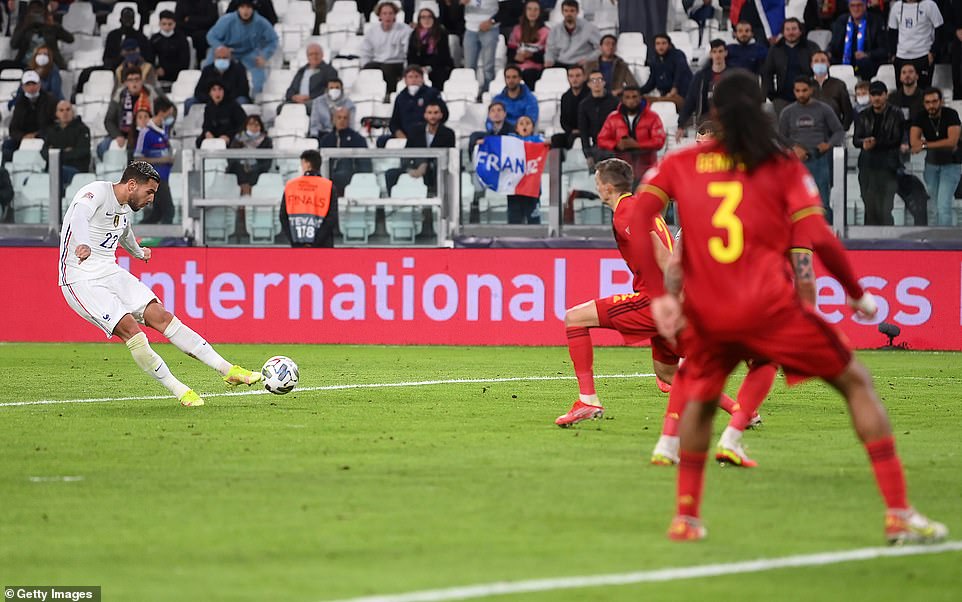 Theo Hernandez’s late winner sealed a spot for France in the Nations League final, with Les Bleus coming from 2-0 down 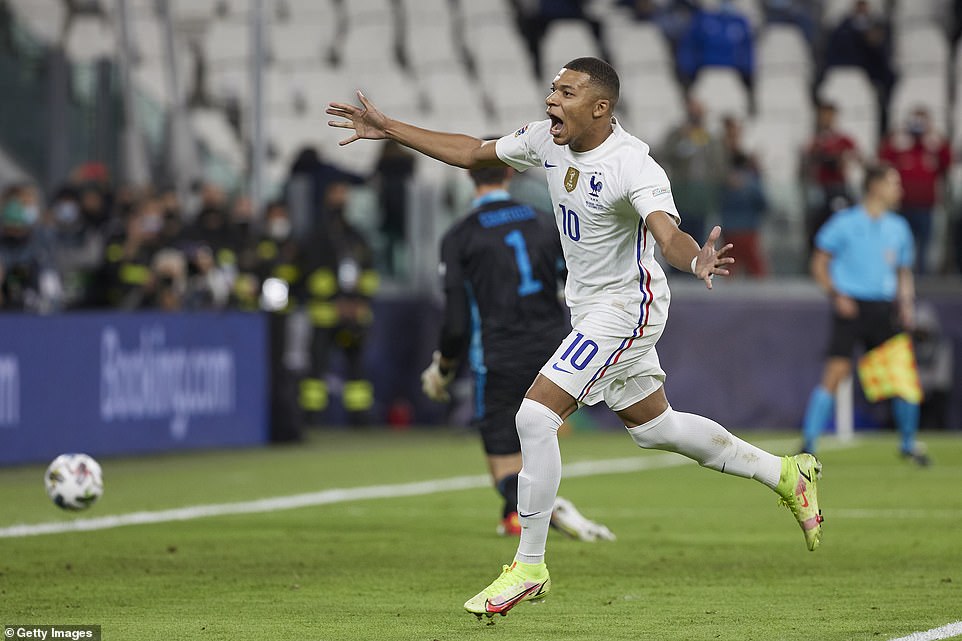 It was quite a night for Hernandez on the day after his 24th birthday, scoring his first international goal as he played for the first time alongside his brother Lucas.

‘An incredible comeback,’ declared France boss Didier Deschamps. ‘Very few people believed we could do it against one of the best teams in the world but there is a lot of quality and pride in this French team, and we are still alive.’

Defeat was another crushing disappointment for Belgium who still have nothing tangible to show for this gifted generation of players. ‘We are hurting,’ admitted boss Roberto Martinez. 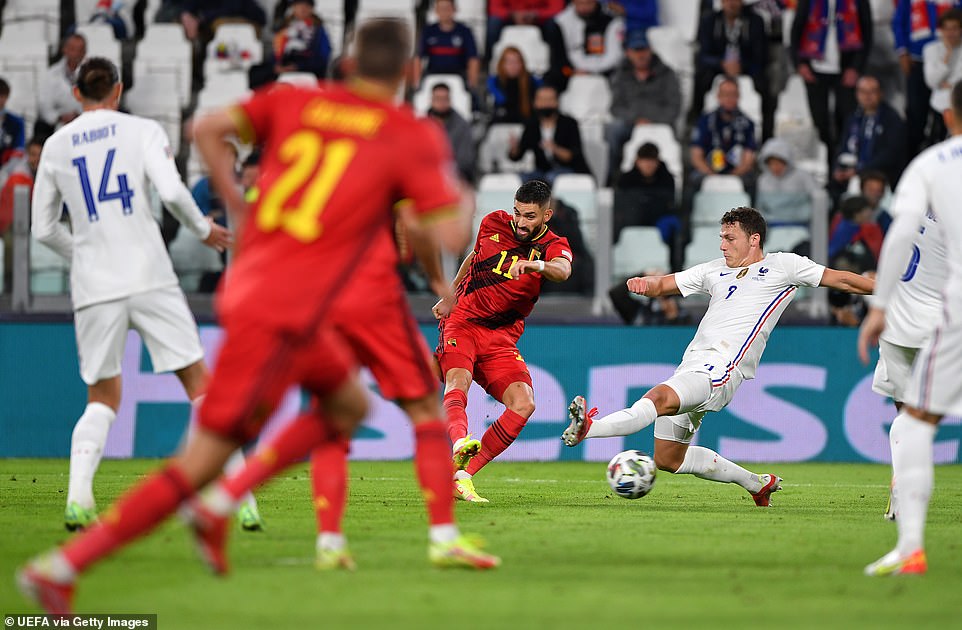 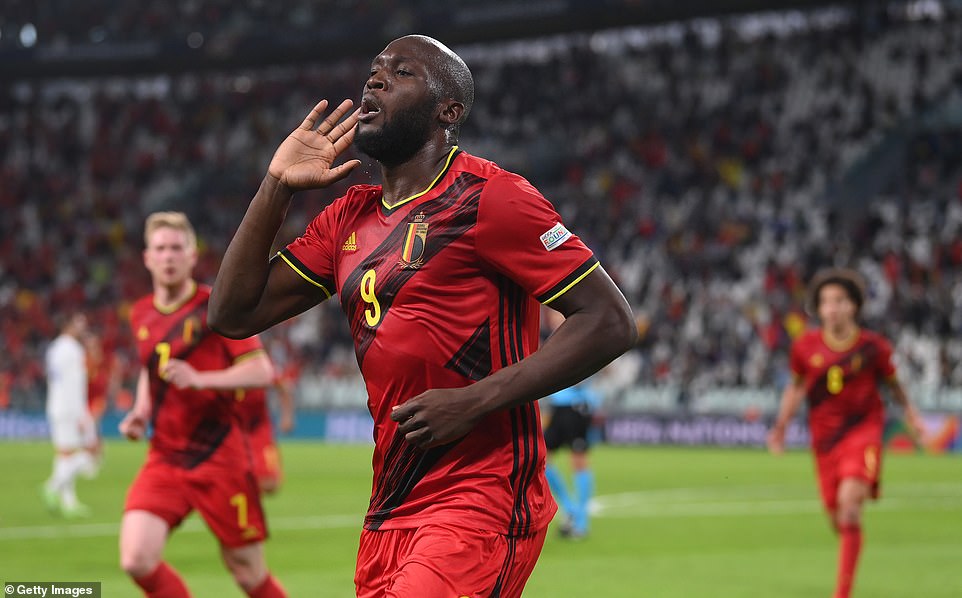 His team were 2-0 up at half-time, with goals by Yannick Carrasco and Lukaku, and might have been more comfortable. Hugo Lloris made a magnificent early save to keep out a deflected shot from Kevin de Bruyne.

‘In the first half we played with cool heads,’ said Martinez. ‘But we became emotional, maybe thinking of getting to the final as quickly as we could. This generation is desperate to bring the country silverware.

‘You cannot accuse us of lacking quality but we allowed France back in and that’s a real disappointment. You can feel the cruelty of a goal in the 90th minute and big calls that didn’t go our way – the VAR was harsh – but it could have been avoided.’ 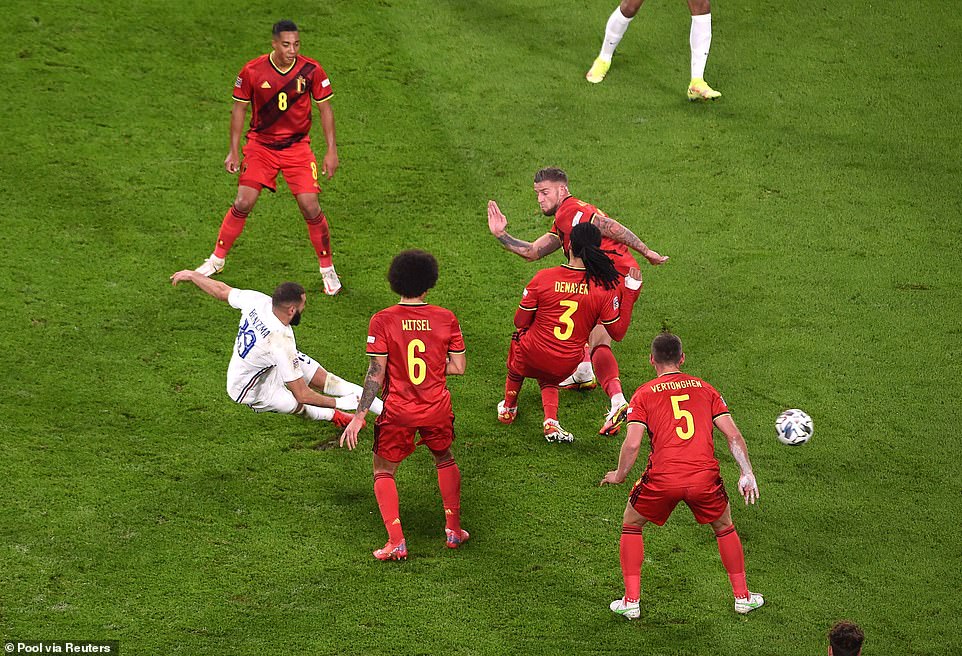 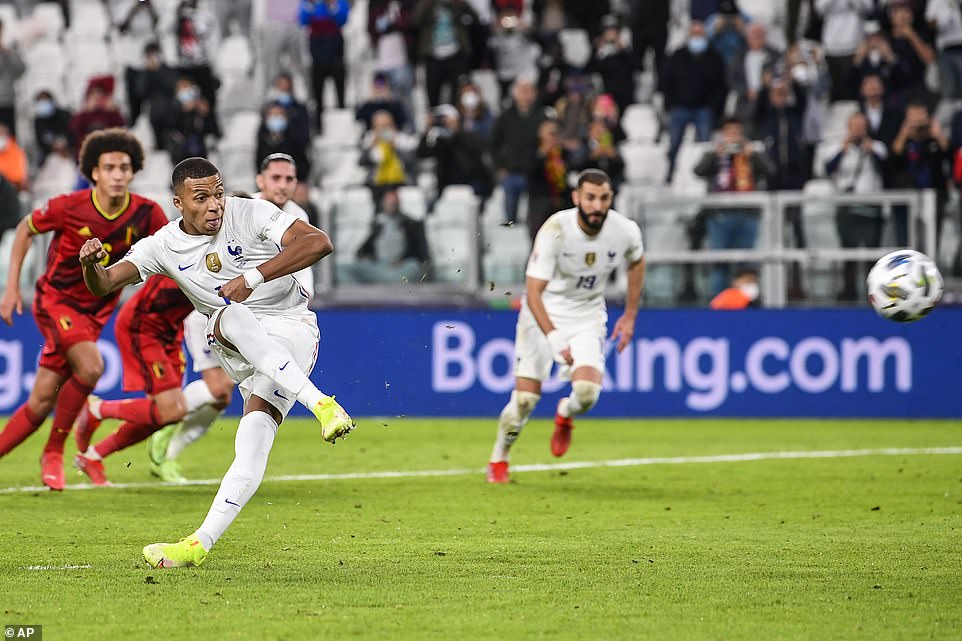 The French were transformed when their distinguished trio of strikers sparkled after the break. Benzema pulled a goal back in the 62nd minute, twisting in a crowded area to beat Real Madrid teammate Thibaut Courtois with a low shot and claim his 11th goal of the season.

Then Antoine Griezmann was adjudged by VAR to have been fouled by Youri Tielemans and up stepped Mbappe to take the penalty, three months after his miss in a shootout against Switzerland condemned France to an early exit from Euro 2020. This time, on the occasion of his 50th cap, the 22-year-old arrowed his spot kick into the top corner.

Pogba curled a free-kick onto the bar and Lukaku found the net only for VAR to rule it out for offside before the goal by Hernandez. ‘It felt like we lost the game twice,’ said Martinez. 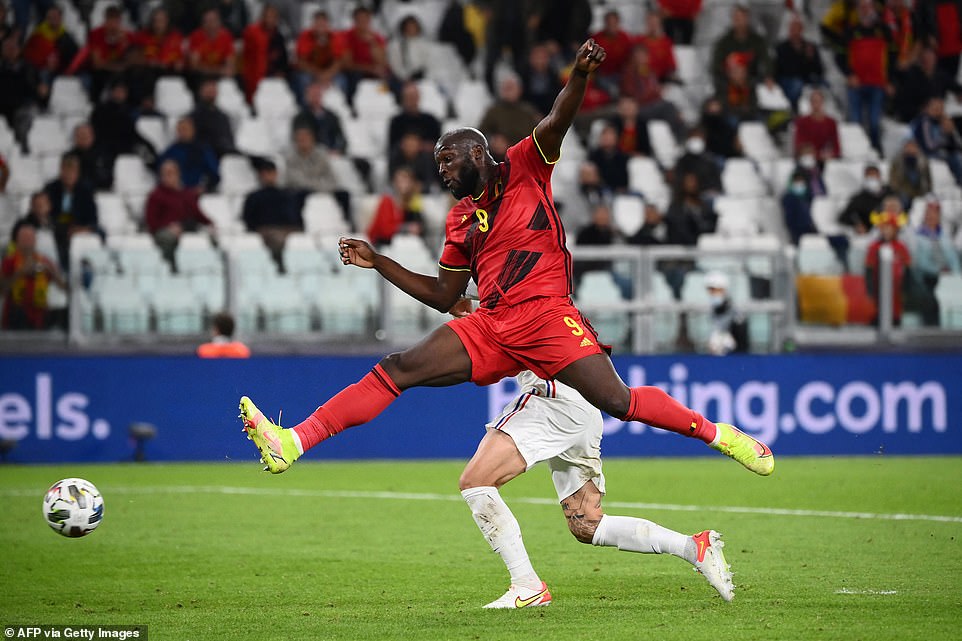 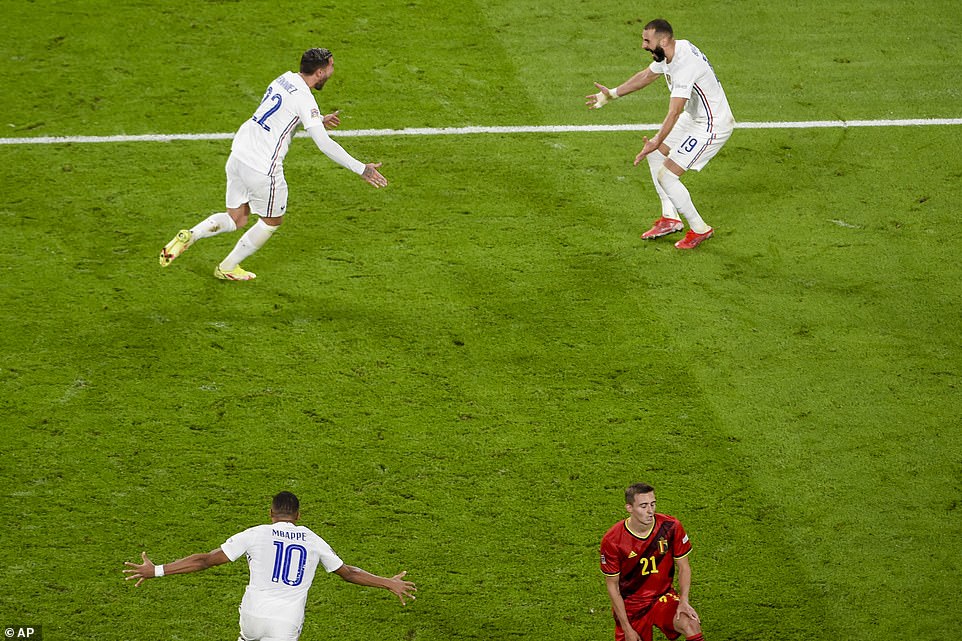