England all-rounder Ben Stokes has revealed the frightening moment when he feared for his life after choking on a tablet which had become lodged in his throat.

Stokes took an indefinite break from all cricket in July to prioritise his mental well-being and rest a finger, which he had fractured.

But the 30-year-old has detailed in his newspaper column that it was neither of those issues which had caused him the biggest concern ahead of the first Ashes Test in Brisbane from December 8-12. 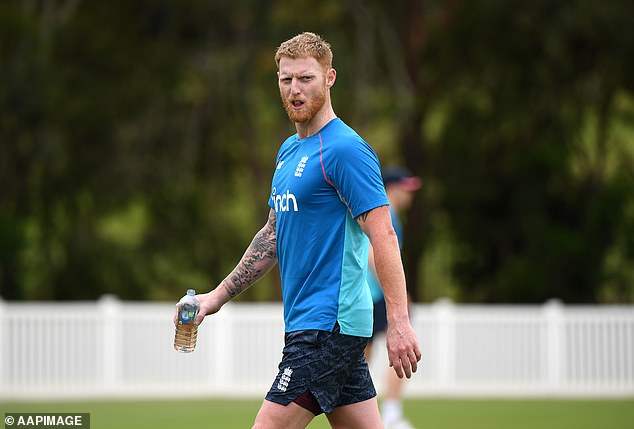 The article does not make clear exactly when the incident took place but it appears to have been on the current tour Down Under.

‘It was actually down to a simple tablet that went down the wrong way, and got stuck in my windpipe causing me to choke horribly before the glands in my face went into overdrive to flush it out,’ Stokes wrote in The Daily Mirror.

‘Until it actually came out, I thought this might be the end. We’ve all had those moments when something gets stuck in the throat, and usually someone can help you out.

‘But I was on my own in my room and I couldn’t breathe as it became lodged and started to dissolve. It felt like my mouth was on fire.

‘Without going into too much detail I have never seen as much saliva as I did on Sunday morning, it was a genuinely frightening experience.

‘The team doctor came to see me straight away and she explained what had happened with the body reacting the way it did. I’m glad it did, even though I was a mess.’

Stokes also feared he had suffered a broken arm after being hit by a ball in the nets, but was given the all-clear by the team’s physios.

Speaking earlier in the day, England managing director Ashley Giles said he was hopeful Stokes would be ready to face Australia in Brisbane following his lengthy spell out.

The Durham all-rounder’s return to action was also further delayed after England’s first Ashes warm-up match against England Lions was abandoned due to rain. 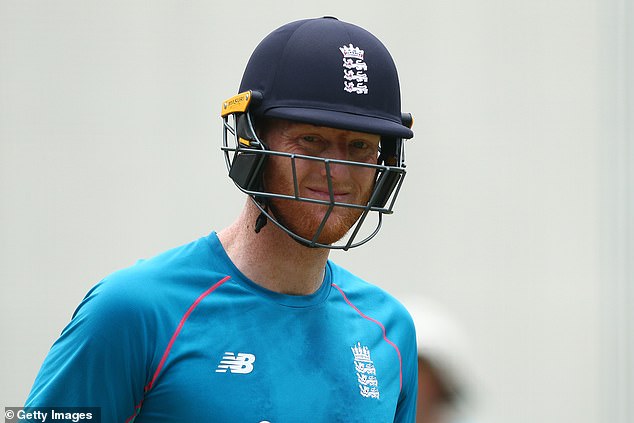 Giles said: ‘I’m hopeful and I’d always like to be confident, but we’ve got to treat Ben carefully, as we would anyone else who’s been in that position, of not having a lot of cricket under their belts.

‘But he’ll be a difficult man to hold back if he’s ready to go.

‘We’ve still got to be steady with him. He hasn’t played a lot of cricket recently and going back to the (lack of) preparation period, it’s not ideal for anyone, particularly those who haven’t had a lot of cricket under their belt.

‘So we’ll just keep building him up and we’ll see where we are at the end of this four-day game.’

Despite the disruption caused by coronavirus restrictions and the weather, Giles said England’s squad was the best-prepared for an Ashes series that he had been a part of.

‘Well certainly that I’ve been involved with in Australia, yes I do,’ Giles said when asked about how well prepared England were. 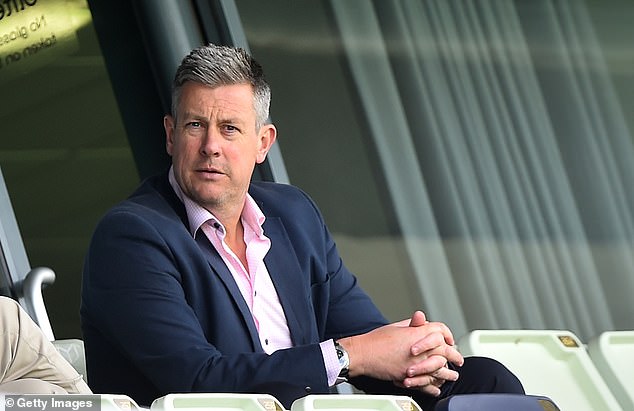 ‘We’ve thought long and deeply and planned long for this series and not all of it has gone perfectly and I suppose you never expect it to.

‘So we just need to make sure we’re more ready than the Australians when we hit day one at The Gabba and we all know how important that first Test match is.’