By Olivia Devereux-evans For Mailonline

Bild has sacked its editor-in-chief today over an affair with a junior worker after fresh investigations by rival journalists.

It follows a report published on Sunday by the New York Times containing more details of an internal probe by Axel Springer into Mr Reichelt’s affair with a trainee. 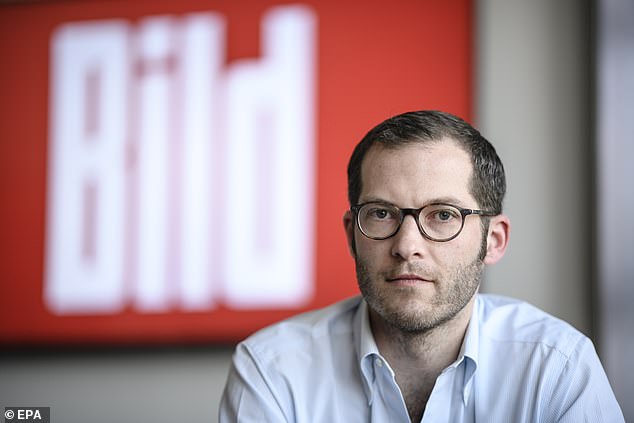 Mr Reichelt was on temporary leave earlier this year due to an investigation into his conduct with female staff.

He was later reinstated and cleared of wrongdoing by a compliance investigation which looked into abuse of power after Bild’s publishing company said his actions did not warrant dismissal.

Mr Reichelt has denied abusing his power and authority, according to Politico. 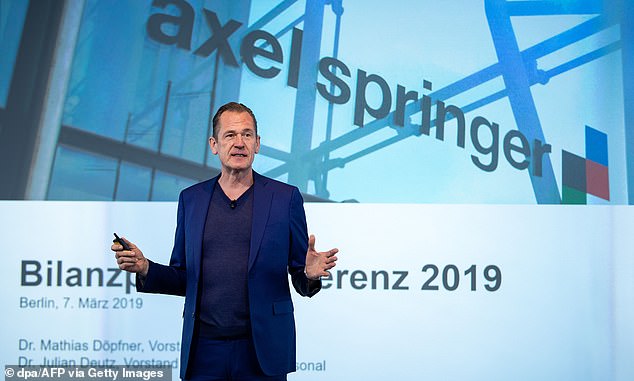 In a statement on its website the company said: ‘The management board learned that Julian Reichelt had not clearly separated private and professional matters even after the compliance proceedings were concluded in the spring’.

The statement also said Mr Reichelt ‘had not been forthcoming about the truth.’

Journalists at the newspaper group protested their publishers decision to halt an investigation into an alleged abuse of power by Mr Reichelt.

Ippen media group, run by publisher Dirk Ippen was accused of ‘breach of trust’ in a letter circulated on social media late on Sunday after halting a story about Mr Reichelt’s alleged  conduct which had been months in the making.

The letter was dated Friday and the report had been due to be published on Sunday.

Their investigation focused on Mr Reichelt’s alleged abuses of power. 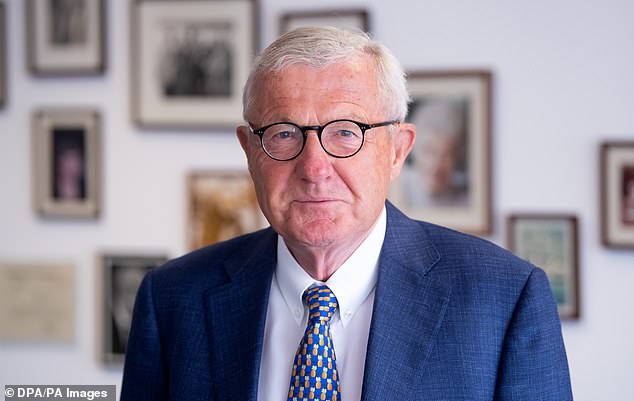 Ippen media group, run by publisher Dirk Ippen (pictured) was accused of ‘breach of trust’ in a letter circulated on social media late on Sunday

Four members of Ippen’s investigations team said in the letter that their report would have brought ‘new and exclusive’ information to light and was thoroughly fact checked and approved by lawyers.

‘The fact that you nevertheless decided not to let us publish the story runs counter to all the rules of independent reporting,’ the letter said.

The media group defended their decision to stop the story being published.

In a statement in response to the allegations, Axel Springer said: ‘Axel Springer is dedicated to the highest degree of transparency possible and principally does not have a problem with critical debate.

‘But such coverage has to reach a limit where it concerns the private and confidential sphere of employees as well as – in this particular case – witnesses, who were assured of strict anonymity as part of the compliance procedure that was concluded in the spring.

‘As far as Axel Springer is aware, there was no attempt to prevent publications linked to the compliance investigation.’ 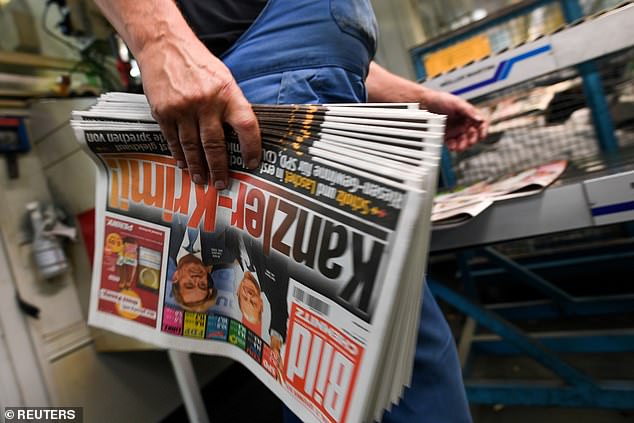 The company, which owns numerous newspapers in Germany and last year acquired Buzzfeed’s German brand, denied that there had been any pressure from Axel Springer executives about the decision.

They said communication with its rival publisher on the story had been limited to ‘the usual exchange of letters between lawyers on either side that occurs in such cases.’

Axel Springer has successfully expanded its business in the United States in recent years. It owns online media company Insider and the business-oriented Morning Brew, and in August it announced a deal to buy the U.S.-based political news company Politico and the tech news site Protocol.

Axel Springer did not immediately respond to a request for comment.