A criminal probe has been launched into a German doctor after he inoculated 20,000 people with a home-made Covid vaccine he developed in 30 minutes.

Winfried Stöcker, 74, staged an illegal vaccination event at Luebeck airport in the state of Schleswig-Holstein, northern Germany, on Saturday.

The billionaire scientist, who owns the airport where dozens were jabbed, has developed what he says is a vaccine, called Lubecavax, against coronavirus.

His jab has not been approved, nor has he sought approval, making it illegal.

He is now under investigation alongside three other people – the airport’s managing director and two retired doctors – over the vaccination event staged at the airport.

Mr Stöcker, who used to teach at a Wuhan university, claimed 20,000 people have received the vaccine which he made in less than half an hour in April last year.

A total of 107 were jabbed at the airport, reports Bild. 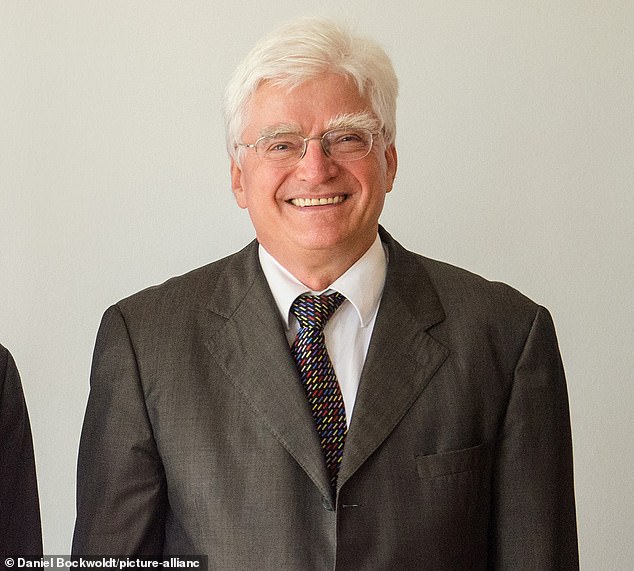 Winfried Stöcker (pictured above(, 74, staged an illegal vaccination event at Luebeck airport in the state of Schleswig-Holstein, northern Germany, on Saturday

He told the German newspaper: ‘Two doctors vaccinated people. Doctors have the right to mix together what they think will help people.

‘We are accountable to the patient, but not to the state. But then the police stopped everything. Around 600 people were waiting in line.’

He added: ‘So far, around 20,000 people have been vaccinated with the substance in Germany. 2,000 of them are under constant observation.

‘Side effects were not noted. 10 people had breakthroughs in their vaccinations.’

The entrepreneur once taught at a university in China’s Wuhan Province – the city where coronavirus was first detected.

He also created a company called Euroimmun, which he sold in 2019 to an American corporation for £973million.

Mr Stöcker does not want to wait for approval from the state to use his vaccine. He said: ‘That would take too long, it would cost millions.’

The public prosecutor sees it differently and has been investigating Stoecker for over a year on suspicion of criminal patient experiments. 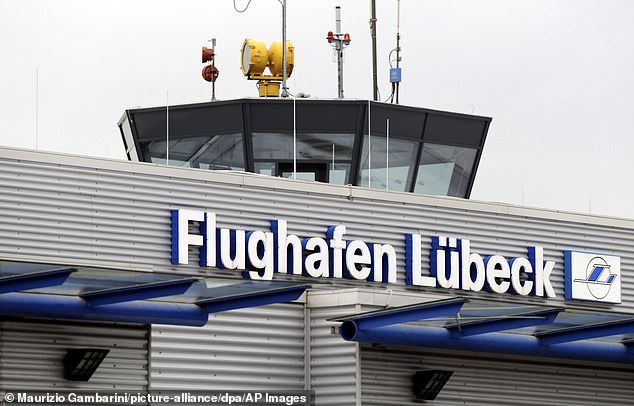 The billionaire scientist, who owns the airport (pictured above) where dozens were jabbed has developed what he says is a vaccine, called Lubecavax, against coronavirus

According to the Luebeck public prosecutor’s office, the investigation is looking into four men who are residents in the Segeberg district and the Duchy of Lauenburg.

They include Mr Stöcker, the airport’s managing director and two retired doctors, aged 80 and 81, reports The Independent.

Mr Stöcker has faced backlash over his decision not to seek approval for his vaccine.

Epidemic expert Karl Lauterbach, who is also a politician of the Social Democratic Party (SDP), said: ‘When vaccine specialists around the world are working at full throttle on vaccines, you have to be very confident to believe that you, as an individual, can still make a difference.

‘And when the vaccination is carried out without regulatory approval, it’s highly problematic. It raises all sorts of legal and ethical questions.’

Mr Stöcker was born in Upper Lusatia in 1947. He studied medicine in Wuerzburg and became a professor at Tongji University in 1999. He founded Euroimmun in 1987.