Federal MP Bob Katter has been refused entry to a NSW pub after he failed to show his Covid vaccine passport.

Mr Katter was at the Tamworth Hotel in the state’s mid-north west on Sunday afternoon.

The outspoken Queensland politician’s staff says he supports vaccines but he has also spoken at so-called ‘freedom rallies’ in his home state. 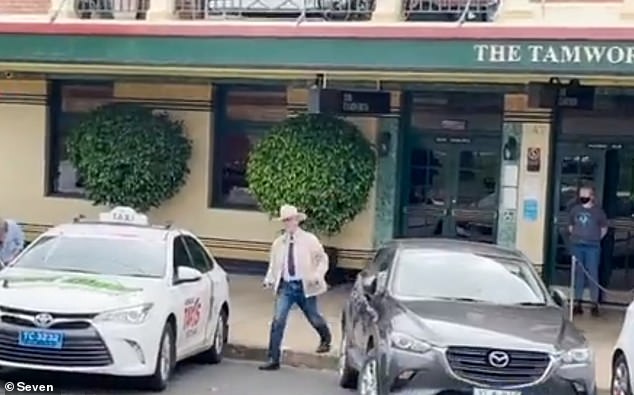 Mr Katter was spotted leaving the Tamworth Hotel at Tamworth on Sunday accompanied to the door by a member of staff.

Police told Daily Mail Australia the member for Kennedy had been with a group of people drinking at the train station – though he was not drinking himself – and the group was told to move on by officers.

He was then denied entry from the Tamworth Hotel for opting not to show his vaccine passport though this ‘is not a police matter’.

‘About 3pm on Sunday, officers attached to Oxley Police District were called to Tamworth Railway station after reports a group of people were drinking in an alcohol-free zone,’ the spokesperson said.

‘Police attended and gave a warning to some members of the group about drinking in the alcohol-free zone and they complied.’

‘No further police action will be taken.’

A spokesperson for Mr Katter’s office had previously confirmed he has had the jab.

‘Mr Katter himself is vaccinated and has encouraged people to go to their doctor, as he did, to discuss it,’ she told The Cairns Post.

‘Bob remains pro-vaccination but is anti-coercion and compulsion,’ she said.

Earlier in November, Mr Katter spoke at a ‘freedom’ rally in Cairns earning enthusiastic applause from the crowd.

At the rally he spoke of eight unnamed constituents who his office was notified about that he claimed had adverse reactions to the Covid vaccine – two of which he said were deadly.

He said another three had ”serious problems’, while two were ‘crippled’ and one had to go to visit intensive care. 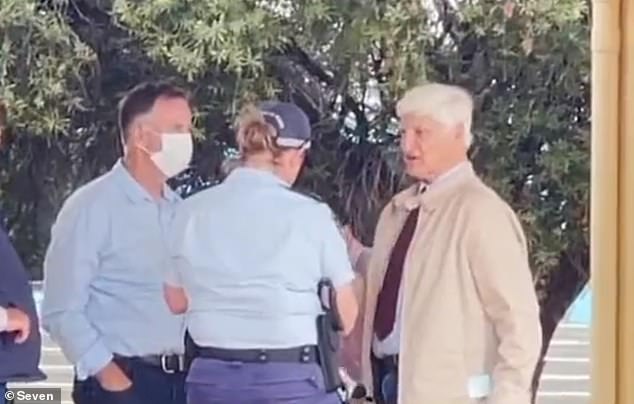