Boris Johnson today insisted UK forces can be ‘proud’ of their ‘achievements’ in Afghanistan – as Keir Starmer called for those involved in the Kabul airlift to get medals.

Addressing the Commons, the PM said the 20-year campaign in the country had meant millions of women had access to education and protected the West from terrorist attacks.

He said Britain was still demanding that those who want to leave Afghanistan are granted ‘safe passage’ and the rights of women are ‘respected’.

Sir Keir also heaped praise on the ‘remarkable’ efforts to troops in the evacuation from Kabul, and urged ministers to waive the 30-day deployment threshold so that their contribution can be ‘recognised’ with medals.

Mr Johnson told MPs: ‘On Saturday, we shall mark the 20th anniversary of the reason why we went into Afghanistan in the first place: the terrorist attacks on the United States which claimed 2,977 lives including those of 67 Britons.

He added: ‘There are very few countries which have the military capability to do what we have just done, and fewer still that would have felt the moral imperative to act in the same way. We can be proud of our armed forces and everything that they have achieved and for the legacy they leave behind, and what they did was in the best traditions of this country.’ 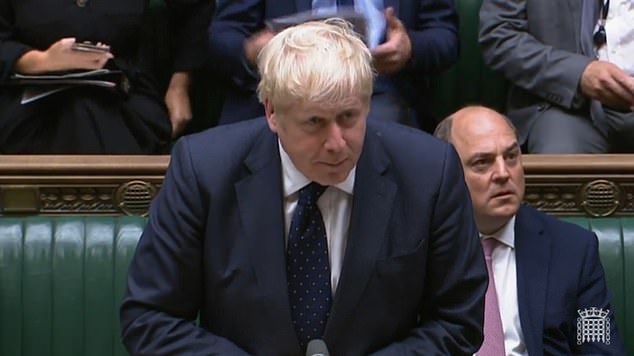 Addressing the Commons, the PM said the 20-year campaign in the country had meant millions of women were education and protected the West from terrorist attacks 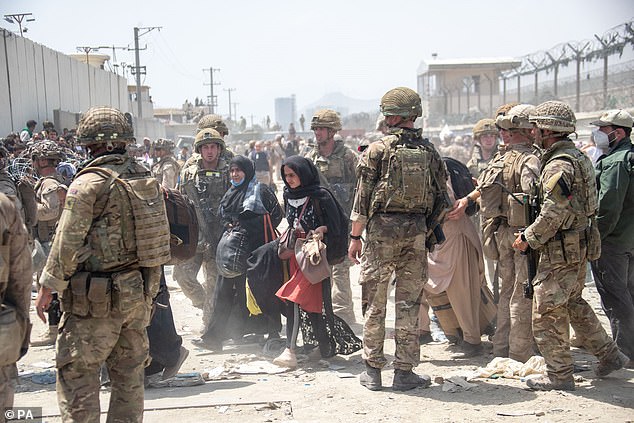 Sir Keir Starmer heaped praise on the ‘remarkable’ efforts to troops in the evacuation from Kabul (pictured), and urged ministers to waive the 30-day deployment threshold so that their contribution can be ‘recognised’ with medals 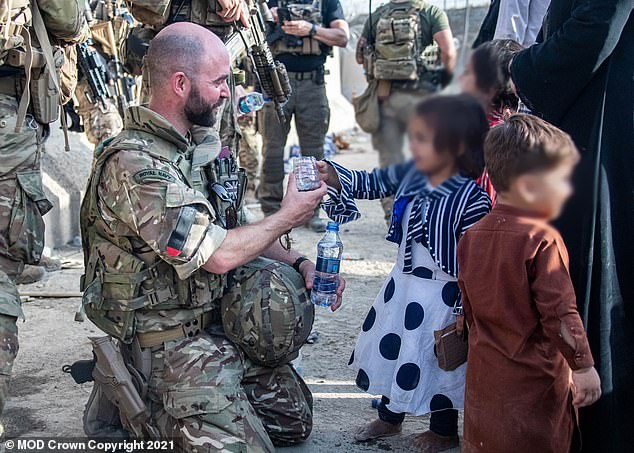 Mr Johnson said the UK will do ‘everything possible’ to help Afghans and others entitled to resettle in the UK.

‘Let me say to anyone who we’ve made commitments to and who is currently in Afghanistan: we are working urgently with our friends in the region to secure safe passage and as soon as routes are available we will do everything possible to help you to reach safety,’ he said.

Sir Keir called for British troops to receive a medal for their ‘remarkable’ efforts via Operation Pitting to evacuate thousands of people from Afghanistan.

He told the Commons: ‘Your service deserves recognition and honour and I hope the Prime Minister will accept Labour’s proposal to scrap the 30-day continuous service rule so that medals are awarded for your bravery.’

Mr Johnson said 311 people eligible to come to the UK from Afghanistan through a special refuge scheme are still in the country.

The SNP’s Westminster leader Ian Blackford asked the Prime Minister for details of how many candidates for the Afghan Relocations and Assistance Policy (Arap) remained in the country.

‘As for the question of how many Arap candidates are remaining I can tell him that the total number is 311, of which 192 responded to the calls that were put out and, I repeat, we will do absolutely everything we can to ensure that those people get the safe passage that they deserve using the levers that I have described,’ he said.

A Government minister who said at least one British military veteran who served in Afghanistan had taken their life in the wake of the Taliban takeover later admitted the claim may have been ‘inaccurate’.

Armed forces minister, James Heappey, who served in Afghanistan, told Sky News presenter Kay Burley that he was aware of at least one veteran who had taken their life ‘in the last week or so’ following the US-led withdrawal from the country.

But the minister said the report he was referring to may have been ‘inaccurate’ during an appearance on BBC Breakfast just minutes later.

During his interview with Sky News Mr Heappey said: ‘I know unfortunately there have been soldiers who have served in Afghanistan, indeed a soldier who served during my last tour of Afghanistan, who have taken their own lives in the last week or so because of the feelings they’ve had over what has happened in Afghanistan. 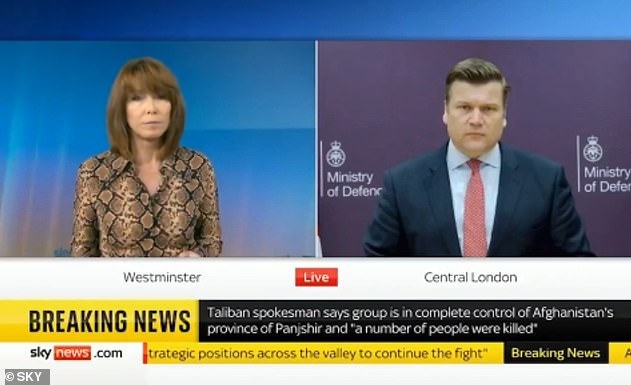 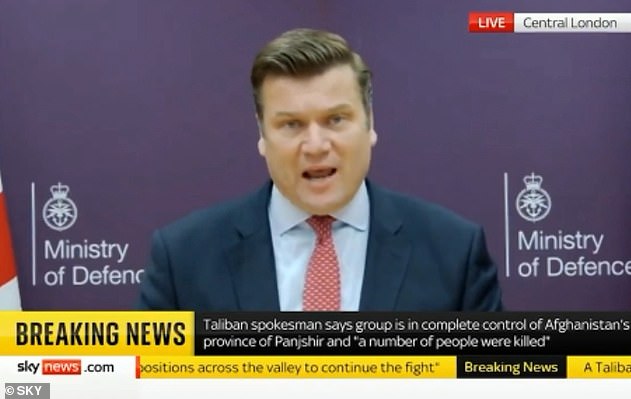 ‘That is hugely concerning and upsetting for people like me who are now in government and who served there.’

He added: ‘That makes me sick to the bottom of my stomach and fearful for many of my friends who I know are still struggling with what they saw on those tours of Afghanistan.

‘That’s why the Government, the nation, needs to put our arm round our veterans and tell them how proud we are of what they did.’

However the junior defence minister later withdrew his comments during an interview on the BBC and said the government was now ‘looking very carefully’ into the claim.

He said: ‘Since I mentioned that to your colleague Kay Burley on Sky only 20 minutes ago we have had a number of reports that actually the thing I was referring to was inaccurate.

‘We’re looking very carefully whether it is true that someone has taken their life in the last few days but actually that shouldn’t take away from the fact that far too many service people have taken their lives in the last ten years as a consequence of their service in Afghanistan.

‘A high number from my own regiment. We can leave no stone unturned in making sure that we support out veterans.

‘This will be an acutely challenging time for them when their service in Afghanistan will be called into question in their own minds and we need to reassure them that their service was worthwhile.

‘We need to get an arm around them as a nation, through the government, through charities, through the regimental associations to make sure they are supported.’