Boris Johnson today warned young people that getting jabs will be ‘helpful’ for going to nightclubs and festivals as he slapped down Michael Gove for branding vaccine refusers ‘selfish’.

The PM insisted jabs should instead be seen as a ‘positive thing to do’ as he distanced himself from the Cabinet Office minister’s swipe.

Pointing to plans to require proof of vaccination for entry to nightclubs and events, Mr Johnson said individuals would be ‘helping’ themselves as well as society.

The rebuke came after Mr Gove stepped up his rhetoric despite a gathering Tory mutiny over the prospect of demanding evidence of jabs, with a vote on the cards for September.

Keir Starmer appears to have softened his opposition to the measures by suggesting he could get on board if a negative test can be used as evidence as well as vaccination documentation.

On a visit to the Lighthouse testing lab in Glasgow, Mr Gove warned those who decline to be jabbed are ‘putting other people’s lives at risk’.

‘Ultimately, if you can be vaccinated and you refuse to, that is a selfish act,’ he said.

‘You’re putting other people’s health and lives at risk, you should get vaccinated.’ 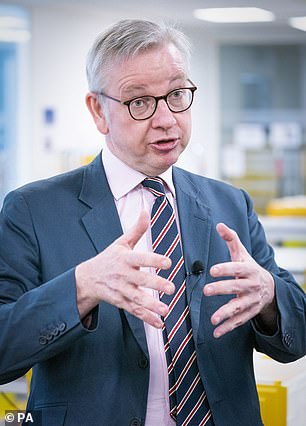 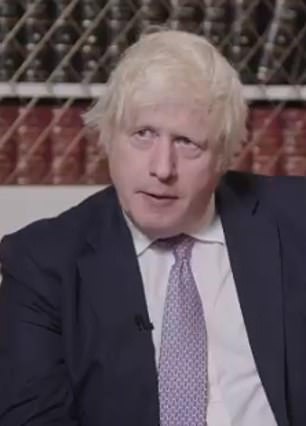 On a visit to the Lighthouse lab in Glasgow yesterday, Michael Gove (left) lashed out at ‘selfish’ vaccine refusers. But Boris Johnson (right) said he would not use that word 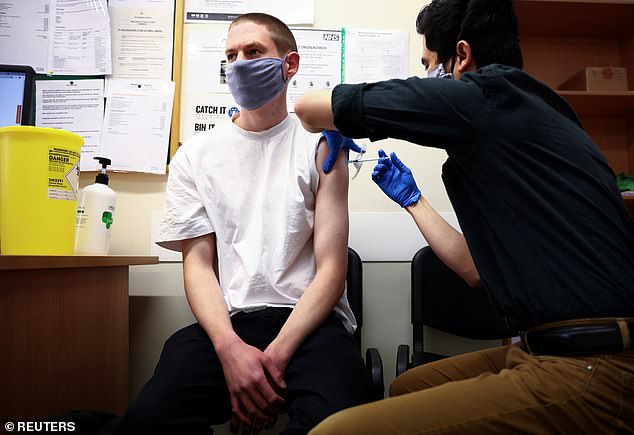 Mr Gove warned those who decline to be jabbed are ‘putting other people’s lives at risk’. Pictured, a young person getting a vaccine dose in London last month

When asked if refusal to be jabbed should prevent attendance at some mass events, the minister said: ‘It depends on which part of the United Kingdom you’re in and what the nature of the event is.

‘But if you deliberately refuse to get vaccinated and there are certain venues and certain events that require a certain level of safety, then, you know, the terms in which you will be able to get into those venues and those events will be barred to you.’

Tory MP Steve Baker said the issue of vaccine passports could cause a devastating rift in the party, but Mr Gove rejected the idea.

‘We’re going to do what’s right for public health and I think that Covid certification in certain limited venues and for certain limited events is a way of making people safer and giving more of us more freedom,’ he said.

But asked in an interview with LBC radio today if vaccine refusers were ‘selfish’, Mr Johnson said: ‘No, I think that I would put it the other way round and say that if you get one you are doing something massively positive for yourself, for your family.’

Challenged over the plan to require vaccine passports at nightclubs from September, he said: ‘It’s a very positive thing to do to get a vaccine…

‘People can obviously see, when you look at things like travel, like mass events, it’s going to be one of those things that will help you not hinder you.’

‘We want to encourage people to recognise the vaccine is safe and actually will help them but also other people around them too,’ she said in a round of interviews this morning.

‘I just really want to encourage people to be positive about the benefits to them, but also to wider society.

‘Taking the vaccine is a sensible, safe step forward.’ 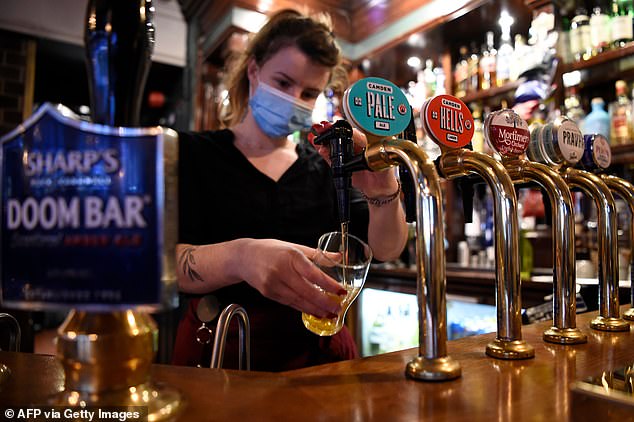