A 14-year-old boy has been arrested in connection with a terrifying spate of armed abductions in Washington DC where the teen and several other suspects forced victims to hand over their bank cards and details at gunpoint before visiting multiple ATMs to drain their accounts before letting them go, police said.

The young teen, who police only described as a juvenile male from Southeast DC, was apprehended on Tuesday and charged with five counts of kidnapping while armed with a gun and one count of armed robbery.

In all six incidents, the victims were either held at gunpoint and ordered into a nearby vehicle or simply robbed at gunpoint, with the suspects forcefully obtaining the victims’ bank account information before leaving them at a secondary location and fleeing.

Meanwhile, Washington DC cops are now hunting for the remaining gang of kidnappers, who they say abducted five people in just four days between August 24 and 28. 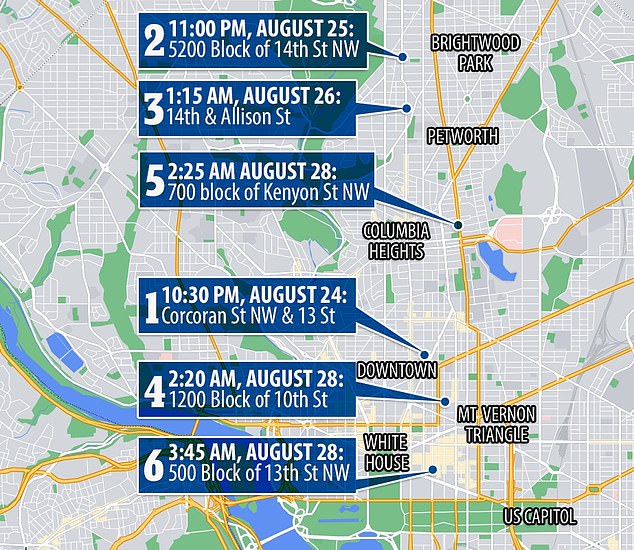 Police said the gang abducted four people between August 24 and 28 from the locations pictured above, bringing them to nearby ATMs and forcing them to withdraw cash 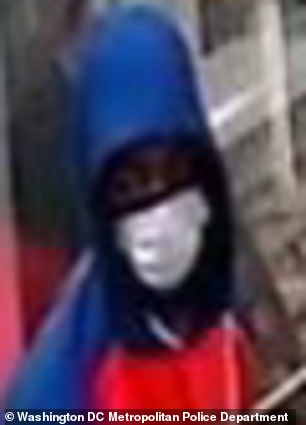 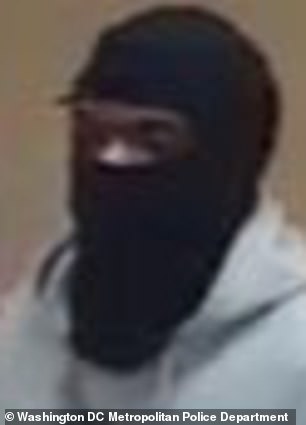 This gang are wanted for multiple kidnappings in the Washington DC area, abducting five people in just four days

August 24, 10.30pm:  First victim was forced into the group’s car at 1300 block of Corcoran Street Northwest and then driven to an ATM where he was forced to withdraw his money.

August 25, 11pm:  Second victim abducted on the 5200 block of 14th Street and forced to reveal his bank account information which they then used to withdraw money from, before they let him out of the car.

August 26, 1.14am: Third victim was assaulted and forced into vehicle at gunpoint at intersection of 14th and Allison Streets. They stole his property and banking information and drove him to ATMs before finally letting him go.

August 28, 2.20am:  Fourth victim taken from 1200 block of 10th Street Northwest, got their banking info, took their money from multiple ATMs.

August 28, 2.25 am: The 14-year-old and three accomplices robbed a victim at gunpoint in the 700 block of Kenyon Street Northwest before making off with cash and fleeing the scene.

August 28, 3.45am: Fifth victim abducted from 500 block of 13th Street, Northeast, driven to ATMs before being let go.

The city’s Metropolitan Police Department said they are seeking out three additional suspects, two of which were captured on CCTV footage from ATMs that was shared on the department’s social media pages.

Police said the remaining suspects are three black men between 20 and 29 years of age. One, they said, wore a curly high-top fade hairstyle.

Crime Solvers of Washington DC is offering a reward of up to $10,000 for any information that leads police to the remaining suspects.

The first incident took place on Tuesday around 10.30 pm when a suspect  menaced a victim with a handgun in the 1300 block of Corcoran Street Northwest, while several others forced the victim inside a vehicle.

According to a police report shared with MailOnline by the MPD, one of the suspects told the victim to ‘shut up and do what I say!’

A protective mask was put over the victim’s face. Police said the suspects then drove to different ATMs, where they took the victim’s four bank cards and withdrew a total of $1,400.

The next day, on August 25, another victim was frightened with a handgun and forced into a car by the group around 11pm as he was biking in the 5200 block of 14th Street Northwest.

‘Get in the car or f***ing get smoked here,’ the suspect allegedly said to the victim.

Three men went through his pockets at once, the victim told police. Simultaneously, one man said ‘I will kill you’ while another demanded his PIN numbers.

After ten minutes, the suspects shoved the victim out of their car and told him not to look at their license plate. He looked anyway, and shared the plate number with police, which they have used in their attempts to locate the gang.

Around 1.14 am on Thursday, the group brandished multiple handguns and approached a third victim at the intersection of 14th and Allison Street, Northwest.

The victim told police that the men kicked him in the leg, causing him to fall to the ground, then began punching his face and body. He reported that $600 in cash was stolen from his person, as well as his Samsung Galaxy phone and his debit card

The perpetrators put a white tee shirt over the man’s head and demanded his property and banking information – then, they hit multiple ATMs, using his information to withdraw a total of $500. Only then did they release their victim at an area children’s hospital.

After taking a day off from their kidnapping binge, the group of men doubled down and kidnapped two people on Saturday, police said.

ABDUCTION 1, August 24: CCTV footage shows two of the gang members as they withdrew money from an ATM using their kidnapping victim’s card 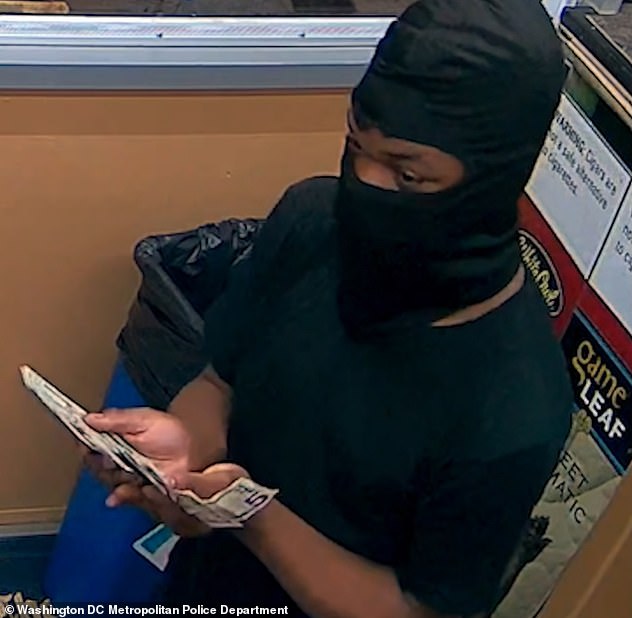 ABDUCTION 1, August 24: One of the gang members is seen fanning out the cash after withdrawing it from the victim’s bank account

Around 2.20 am, police said, the group flashed firearms in the 1200 block of 10th Street, Northwest. They forced a bag over a victim’s head, zip-tied his hands behind his back and forced him into their car. After getting banking info, the men took their money from multiple ATMs and left the victim at another location.

Just minutes later at 2.25 am, the 14-year-old and three accomplices robbed a victim at gunpoint in the 700 block of Kenyon Street Northwest before making off with cash and fleeing the scene.

Later that morning around 3.45 am, a final victim was forced at gunpoint into the group’s car at the 500 block of 13th Street, Northeast.  The victim told police that five men kidnapped him as he walked home from a friend’s house.

The men came out of an alley, he said, and put a bag over his head and bound his wrists with zip-ties. The suspects told the victim, according to police reports, that they would shoot him if he didn’t hand over his PIN numbers.

Once again, they drove to an ATM, withdrew money from their victim’s accounts and released him at another site. They laid the victim on the ground in another alley, face down, and told him to count to 30 as they fled the scene.

The group stole $50 in cash, a driver’s license, two credit cards, a debit card, a metro card, a number of store rewards cards, apartment keys, a key FOB and an iPhone 12.

Anyone who recognizes the pictured suspects or who has any information regarding the abductions is implored to contact the Metropolitan Police Department or Crime Stoppers of Washington DC. 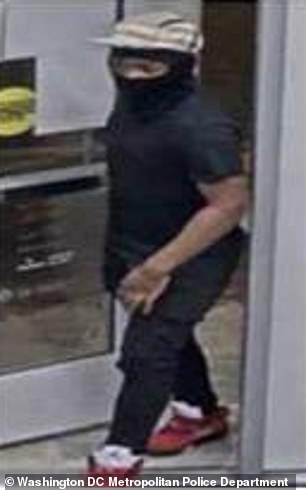 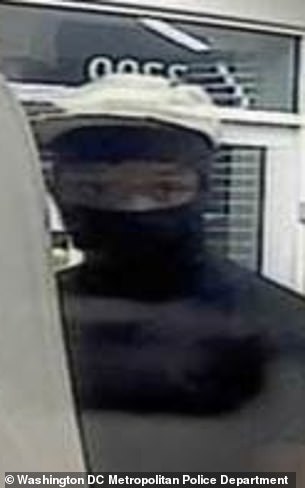 A surveillance camera captures one of the suspects going to use a victim’s card at the ATM during an abduction. Police have not released the date for this image 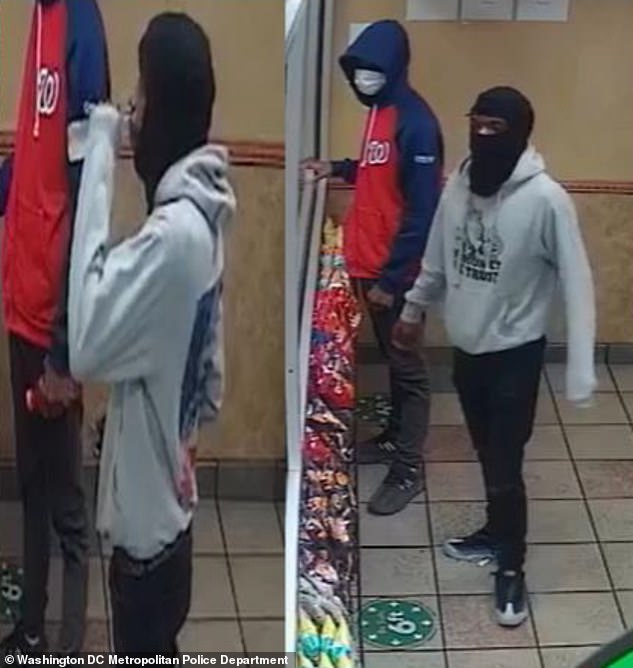 CCTV captures of two of the four armed robbers, captured during one of four abductions they allegedly carried out between August 24 and August 28. Police have not released the date for these images 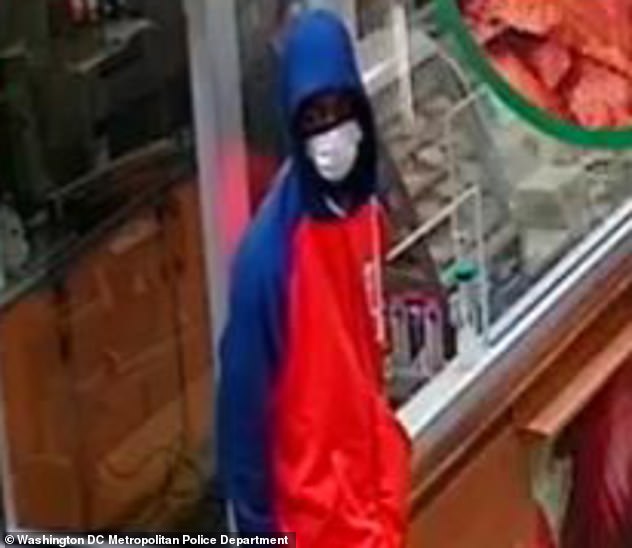 Anyone who recognizes the pictured suspects or who has any information regarding the abductions is implored to contact the Metropolitan Police Department or Crime Stoppers of Washington DC. Police have not released the date for this image

Daniil Medvedev on the 2021 US Open #englishheadline #Daniil #Medvedev #Open