A teenager from Scottsdale, Arizona has been arrested for allegedly raping two women, including a neighbor who lives in his apartment building.

DNA evidence linked the 16-year-old boy to the assaults, which happened one week apart on Oct. 18 and Oct. 24, police said.

The boy’s name has not been released because he is a juvenile and it has not yet been determined whether he will be tried as an adult. 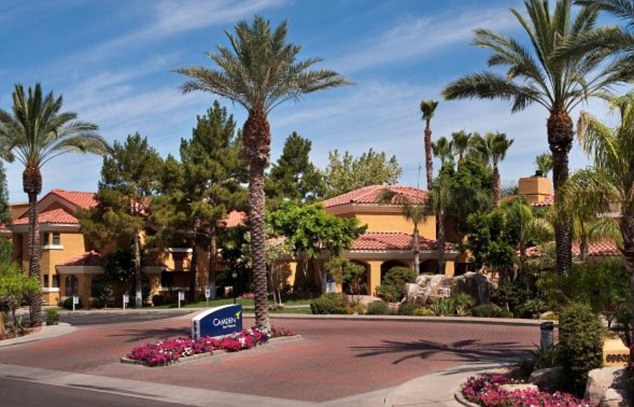 He is being held on sexual assault, kidnapping and burglary charges, and police believe he may be connected to more crimes in the area, according to a local Arizona television station, KPHO CBS 5.

The suspect’s DNA was already in the police agency’s database because he has a criminal past that includes crimes related to the ones he is currently being held for.

Authorities did not provide any further details on the boy’s former crimes.

They said DNA testing is ongoing, as police collected additional samples from the suspect’s home through a search warrant.

DNA samples that were on file have already been linked to both assaults.

The victims of the rapes could not identify the boy in a line-up of suspects, but police say there are some similarities between his appearance and a composite sketch of the suspect that was drawn with the help of the first victim’s description of her attacker.

In both attacks, the assailant entered first-floor apartments through unlocked patio doors of women who live alone.

In the first assault, which happened at 11 p.m. on October 18, the assailant entered an apartment naked and raped the 49-year-old woman living there, who had just finished showering.

He later fled, still wearing no clothes. The second assault occurred at an apartment building across the street around 11:30 p.m. on October 24.

The victim, 29, was sitting on a couch near the door in a nightgown when the assailant broke in, police said.

On Thursday, the day before police arrested the teenager, authorities exonerated a 22-year-old man who was previously arrested for the same crimes.

The entire community has been on watch as the investigation has been ongoing, with police urging resident to keep their doors and windows locked and their blinds drawn.

The suspect was described as a black male about 5-feet, 7-inches tall who has an athletic build.