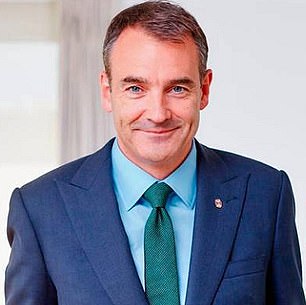 BP handed the North East another major boost yesterday by announcing it will turn Teesside into a ‘major hydrogen transport hub’.

The energy giant revealed plans to build HyGreen Teesside, a hydrogen production facility, which has been welcomed as a ‘coup’ for the region. Teesside is playing a key role in the transition to greener fuels and BP is already developing a ‘blue hydrogen’ project in the region.

The two sites will help the company deliver 30 per cent of the UK’s hydrogen target by 2030. Hydrogen is a key pillar of Prime Minister Boris Johnson’s strategy to cut Britain’s carbon emissions and get the country to net zero by 2050.

Green hydrogen is made by splitting water into oxygen and hydrogen using electricity from renewable sources.

Blue hydrogen is made using the same process but powered by gas. Critics argue blue hydrogen is only an interim solution at best and the Government should focus on green hydrogen.

It can be used as a low-carbon alternative to fossil fuels and HyGreen Teesside could deliver up to 500 megawatt electrical (MWe) worth of hydrogen, enough to power almost 11,000 trucks.

The site will be developed in two stages starting with a site capable of producing 60MWe by 2025.

BP chief executive Bernard Looney said: ‘We want to help transform one of the UK’s industrial hubs into the country’s green heart – and HyGreen Teesside is another step towards that.’

The oil supermajor announced its plans for the blue hydrogen plant in March as part of its green transition, having said it will reach net zero emissions by 2050 or sooner.

BP said the sites would create ‘high quality’ jobs across Teesside and it would also invest in local schools and other programs.

Tees Valley mayor Ben Houchen said: ‘This is yet another coup for the region as we lead the UK in creating the cleaner, safer and healthier jobs and communities of the future.

‘Whether it’s hydrogen, carbon capture, utilisation and storage or offshore wind, Teesside, Darlington and Hartlepool has the know-how, sites and ambition to deliver.’

Business Secretary Kwasi Kwarteng said on Twitter: ‘Great news from BP as they put hydrogen at the heart of their future investment plans.

‘All part of our plan to kick-start low carbon hydrogen production in the UK.’