Crafty Brazilian star Deyverson helps Palmeiras to Copa Libertadores glory and cons the officials with a hilarious example of time-wasting – after pretending he was injured when the referee patted him on the back!

Brazilian footballer Deyverson has employed some serious gamesmanship to help his Palmeiras side retain the Copa Libertadores title.

Palmeiras took the trophy after beating fellow Brazilian side Flamengo 2-1 after extra time at the Estadio Centenario in Uruguayan capital Montevideo.

Forward Deyverson scored the winner, a 95th minute strike which eventually proved crucial, but as a social media video shows, he time-wasted to great effect in hilarious circumstances to help run down the clock. 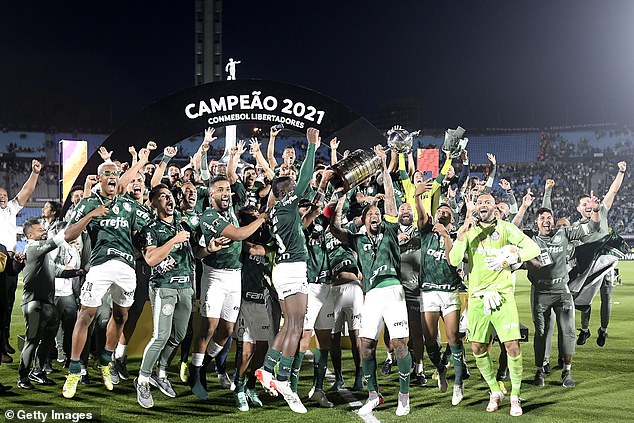 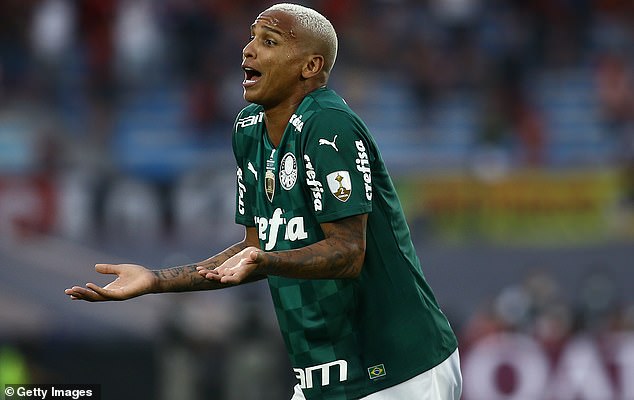 The Twitter video shows the referee lightly patting the 30-year-old, 6’2″ striker on the back as Flamengo desperately try to get the game restarted, before Deyverson threw himself to the ground in mock agony, rolling around for dramatic effect.

And the caption reads: ‘Incredible time-wasting effort from Deyverson in the last minute of the Copa Libertadores final,’ followed by a laughing emoji.

The champions had opened the scoring early through Raphael Veiga, before Flamengo levelled in the second half via Gabriel Barbosa. Deyverson, brought on as a substitute in the 90th minute, netted in the first half of extra time.

Palmeiras therefore become the first team in 20 years to win back-to-back titles after Boca Juniors won in 2000 and 2001, the first of those titles against Palmeiras, preventing the Brazilian side from retaining its first Copa title.

Flamengo didn’t level until the 72nd minute, courtesy of top scorer Barbosa. Assisted by Giorgian de Arrascaeta, ‘Gabigol’ slid it past goalkeeper Weverton, who was not quick enough to block the shot.

Barbosa had scored both Flamengo goals in the 2-1 final win against River Plate in their second and last Copa triumph in 2019.

The 1-1 looked fair at the end of 90 minutes – but it didn’t take long for Palmeiras to regain the upper hand. 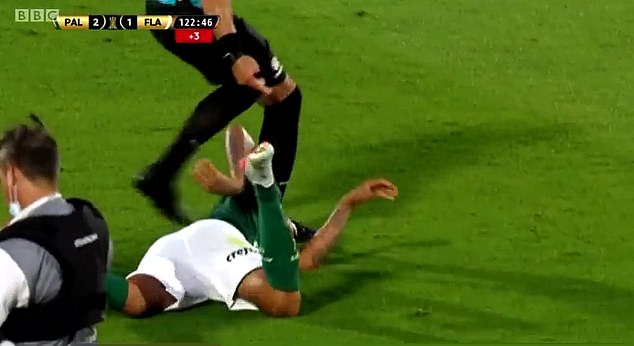 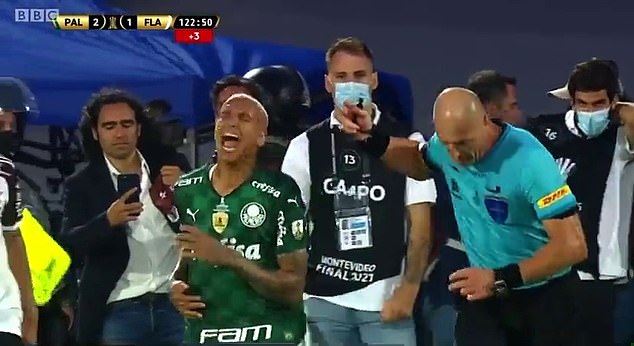 A slip by Flamengo midfielder Andreas Pereira, on loan from Manchester United, in the 95th minute made the difference. Deyverson, who replaced a fatigued Veiga minutes before, carried the ball all by himself and calmly found the net.

Deyverson returned to Palmeiras in June after a loan to Alaves, and was in tears after his first goal in this Copa tournament.

Brazil also contributed both finalists this week in the Copa Sudamericana, won by Athletico. This year marked the first time all four finalists of both Copas came from the same country.

Palmeiras’ success was the eighth since 2010 for a Brazilian club.