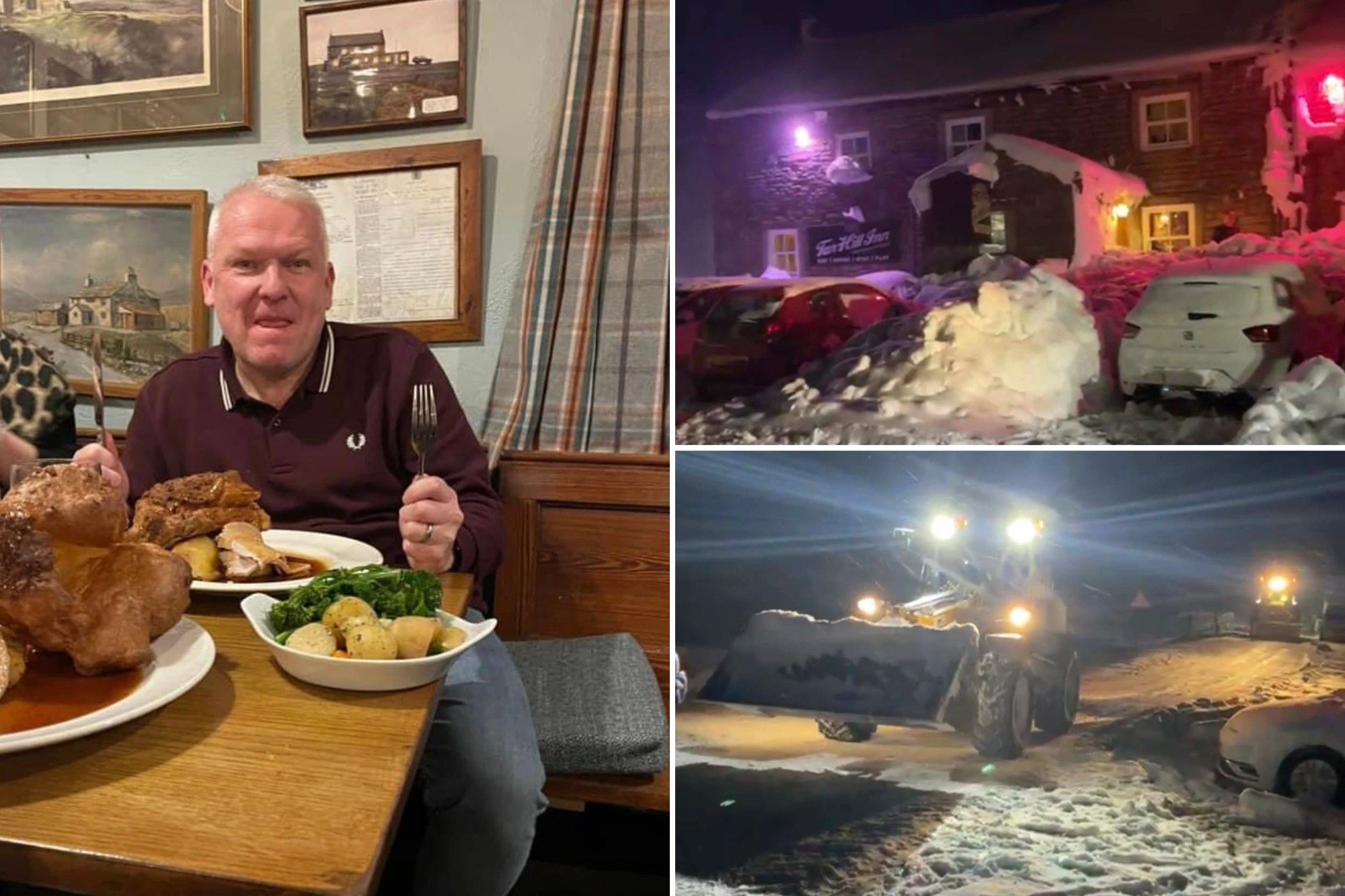 British fans of an Oasis tribute band spent the weekend confined to a remote Yorkshire pub with the group when a mountain of snow trapped them all in the bar.

Fans of Noasis had gathered at the Tan Hill Inn Friday night to hear renditions of their favorite rock songs when piles of snow up to three feet high blocked the pub’s exits, according to The New York Times.

Local authorities said it was not safe to travel, so 61 stranded pub-goers and employees hunkered down and spent the night, the paper said.

The conditions did not improve, so the shut-ins also slept in the pub on Saturday and were preparing to sleep over again on Sunday amid howling winds and swirling snow, according to the report.

Off-roaders and a mountain rescue group were able to transport several people out of the bar to attend to medical and family situations, but most patrons didn’t look back in anger and made the best of the situation with cold beer, a warm fire and plenty of “Wonderwall” singalongs, the article said.

Those who had not reserved rooms at the inn slept on couches and the floor but did not get “loud and drunk,” because they want to be “respectful of each other,” general manager Nicola Townsend told the paper.

The cover band, which pub-goers reportedly dubbed “Snowasis” told their Facebook followers that they had to cancel their Saturday night gig due to the emergency, as the Tan Hill Inn took to the platform to post frequent updates of the situation, jokingly calling the stuck patrons “inmates.”

“Let’s be honest. … being stuck anywhere is a trial, a challenge to the mental health of some people, and yes, some are at breaking point after 3 days of being #CONFINED,” the tavern playfully captioned a picture of a man enjoying a hearty meal Sunday.

“We will ALWAYS remember this group of amazing people who came together, and hopefully, in challenging circumstances, enjoyed what we all think was a life-changing experience,” another post read.

Townsend said the strangers-turned-friends were having so much fun playing games, eating roasts and drinking pints that had already started planning getting together for a reunion next year.

While the situation seemed cheery in the pub, the United Kingdom was grappling with thousands of power outages from Storm Arwen, which was responsible for at least three deaths, according to the report.