MAGGIE PAGANO: Gloves off at M&C Saatchi as tech tycoon Murria risks the wrath of the board with audacious new takeover bid

By Maggie Pagano For The Daily Mail

Vin Murria has taken M&C Saatchi’s mantra that ‘nothing is impossible’ to heart.

After being rebuffed several times, the tech tycoon has now gone over the heads of her fellow directors to make an audacious takeover bid to all shareholders.

It is Murria’s fourth attempt to gain control after becoming its biggest shareholder with a 22 per cent stake. 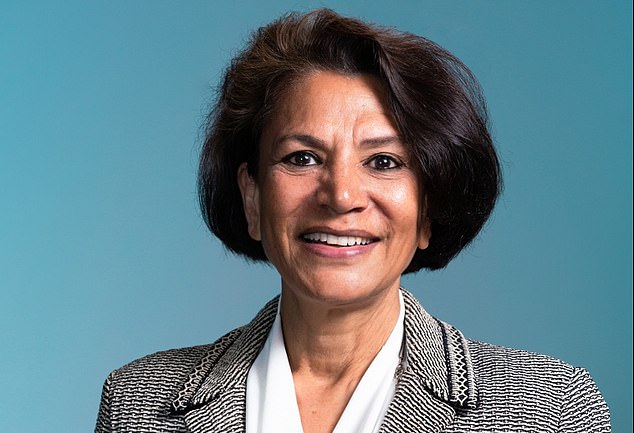 Having been rebuffed by M&C Saatchi several times, tech tycoon Vin Murria (pictured) has gone over the heads of her fellow directors to make an audacious bid to all shareholders

This latest offer – cash and shares – values Saatchi at £245million or 207.5p a share, a premium of nearly 30 per cent before she made her first approach.

Murria’s persistence is paying off. Her AdvT investment vehicle, which is backing the bid with private equity house Marwyn, claims to have support from another 20 per cent of shareholders, giving her close to half the shares.

The glamorous Indian-born technology multi-millionaire is taking the bid hostile because Saatchi’s independent directors refused to recommend her offer in January on the grounds that it did not reflect future growth.

They had a point: recent Saatchi results showed a return to profit after a few bad years.

Despite having such a torrid time, the agency also managed to keep hold of blue chip clients such as Reckitt, GSK, Lexus and Sonos. And they have managed to force her to pay more too.

What investors will want to know now is what she can do better than the existing board.

To date, Murria has only come up with the usual platitudes that Saatchi’s fortunes can be improved by combining its existing global brand and culture together with AdvT’s capital and experience to accelerate its digital growth strategy, organically and by acquisition.

Ironic, perhaps, but it was a dizzying takeover spree led by the Saatchi brothers and Sir Martin Sorrell during the 1980s which created the original Saatchi & Saatchi agency, one that has become one of the world’s most famous ad agencies, even more famous at times than its clients. (After falling out, the Saatchi brothers set up M&C).

Or as Maurice Saatchi once told me – grinning broadly – the Saatchi story is the most extraordinary story ever in corporate history.

He might be over-egging the claim but it’s certainly an extraordinary story: the agency that helped Margaret Thatcher to power in the early 1980s with its cheeky Labour Isn’t Working ad and helped push British Airways sky high with the World’s Favourite Airline slogan.

Brilliant copywriters – like Jeremy Sinclair – were the kings of adland. Hard to believe now but the agency’s campaign for the Health Education Council carried the picture of a pregnant man with the question: ‘Would you be more careful if it was you that got pregnant?’ Who knows whether they are responsible for the gender wars but they were certainly ahead of their time.

So it’s easy to see why Murria – who is also deputy chairman – wants to prize control of the best brand in the business. But she has a fight on her hands: the directors own around 13pc of the shares while 38pc of the stock is held by small investors with less than 5pc. If they are to sell up, Murria might want to call Sinclair to help her spell out in more detail how the next chapter in the Saatchi story unfolds.

The UK has more job vacancies than unemployed workers for the first time on record and the tightest labour market seen for at least 50 years.

As the ONS reports, the unemployment rate dropped to 3.7 per cent in the first three months of the year. This is great news.

But there are downsides as businesses have to put up wages to attract workers, thus fuelling the inflationary spiral. SMEs in retail and hospitality are particularly feeling the pinch as they face higher costs on every front from food to wages. Some may even close.

It’s this squeeze which is behind the Bank of England’s forecast that unemployment may jump to 5.5 per cent next year.

Yet there are signs too that the labour market will slacken off: there will be more graduates than usual looking for work later this year while immigration will increase again as restrictions have dropped off post-pandemic.

Which is why rather than trying to dampen demand, the authorities need to be pulling every lever they can to boost labour supply, which would boost economic growth, raise household incomes and help contain inflation. If only.

Hang on at Vodafone

Vodafone’s investors are getting twitchy. They were promised deals by Nick Read but so far there are none on the horizon.

They should be patient: the presence of Abu Dhabi telecoms rival, Etisalat, on the share register suggests there will be plenty of activity. Its rival didn’t pay over the odds to buy a 9.8 per cent stake just for fun.

Trending The woman who turned her life into TV gold: How Kay Mellor had experience of so many women’s worries English Headline