Rishi Sunak hinted yesterday that he could cut taxes further as he pledged more support to ease the cost of living crisis.

The Chancellor said he wants to ‘reduce the tax burden’ and admitted the Government ‘can do more’ to help people.

Downing Street also said it was keeping ‘all options open’ when it comes to addressing the squeeze on family finances. 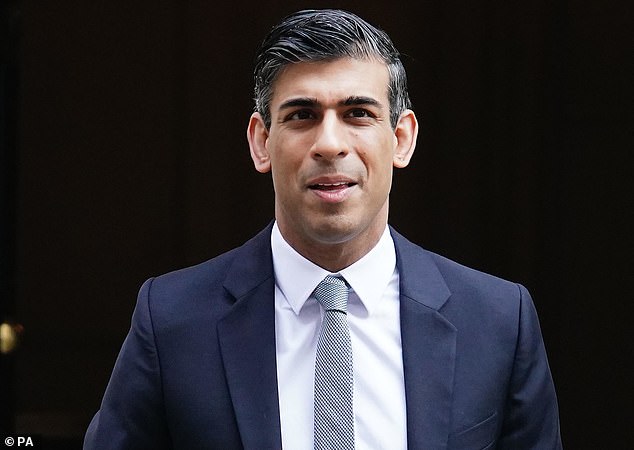 The comments came as Andy Haldane, the former chief economist at the Bank of England, warned the cost of living crisis could last until 2024 – the year of a possible general election.

And Michael Saunders, a member of the Bank’s rate-setting Monetary Policy Committee (MPC), said inflation was ‘uncomfortably high’ and may peak above the 10.25 per cent his colleagues predicted only last week.

Asked about how he would help those struggling with rising costs, Sunak told the Mail: ‘It’s not for me to speculate what form of support that might be, but I want to reduce the tax burden, that’s really important to me.’

Earlier this year, the Chancellor said he would introduce a 1p cut in income tax by 2024 in response to the fastest rise in the cost of living in three decades.

‘My priority as Chancellor is to reduce people’s taxes and we do that by managing the amount of money the Government spends. We need to get the debt levels down after this pandemic,’ he said.

Discussing the cost-of-living crisis, he added: ‘Can we do more? I’ve always been clear we can do more when we have a better sense of what energy prices in the autumn are going to be.’

Meanwhile, Downing Street said it was open to all options for dealing with mounting living costs.

The Prime Minister’s official spokesman said No 10 was still against a windfall tax on the profits of energy firms, arguing this would ‘deter investment at a time we need it most – not least in renewable energy’.

It came as Haldane, who is a government advisor, warned that inflation had ‘surpassed even my own worst expectations’. 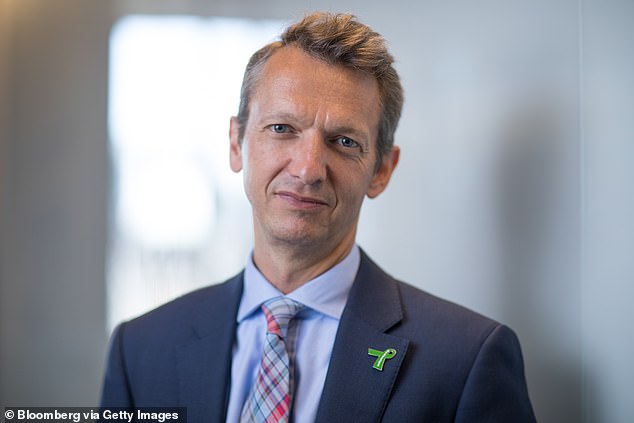 He told LBC: ‘I’m slightly fearful it might stick around for a little while as well. It could be years rather than months.’

The Bank has raised rates to a 13-year high of 1 per cent in a bid to tackle inflation.

Haldane warned: ‘We have a whole generation now of mortgage holders who have scarcely experienced a rise in interest rates,’ he said.

‘This is going to be a massive shock to the system, not just financially but psychologically.’

Haldane was critical of the Bank’s reluctance to increase interest rates earlier and warned Britain could be heading for recession, saying: ‘I think there is a better than evens chance we could find ourselves heading south rather than north.’

Saunders, meanwhile, warned that if the Bank does not raise rates quickly enough, a ‘sharper’ increase will be needed to bring inflation under control.

The result, he said, would be ‘an even worse outcome for real incomes and living standards’.

Saunders and two other MPC members voted to raise interest rates from 0.75 per cent to 1.25 per cent last week. They were outvoted by the other six members who opted for a smaller rate rise to 1 per cent.

Inflation, not abortion, is the likely key issue in US midterms #Breakingnews