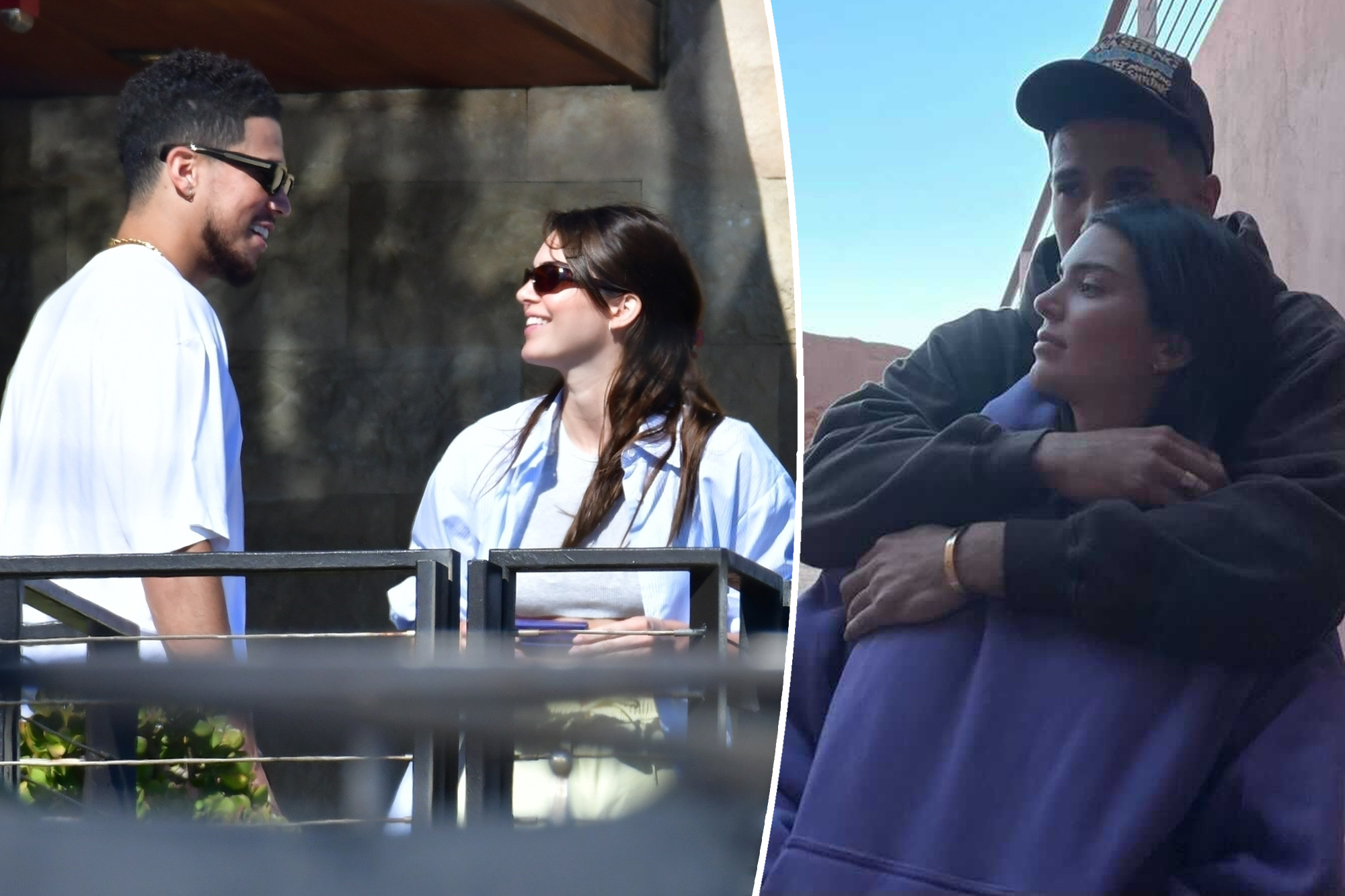 Kendall Jenner and Devin Booker were spotted hanging out again – less than a week after their reported breakup made headlines.

The supermodel, 26, and the NBA star, 25, spent some one-on-one time together at Soho House in Malibu, Calif., on Sunday.

In the paparazzi shots, the two seemed to be in good spirits as they smiled, talked, laughed and took in the beautiful views. At one point, it even looked like Booker was going in for a kiss.

Jenner sported a white cropped tank top beneath an open button-down of the same color, which she paired with cream-colored linen pants.

The Phoenix Suns player double-tapped on a carousel that began with an image of a nude Jenner sunbathing, prompting the “Kardashians” star to return the favor on a picture of Booker playing baseball.

Fans of the couple were shocked last week amid news that the duo reportedly called it quits after two years of dating.

“While they care for each other, Devin was not going to propose marriage and his priority is his career,” a source told us at the time. “Kendall’s career also dominates her life.”

Another source told E! News that the pair had been broken up for about a week-and-a-half.

They had a “really nice time” together at Kourtney Kardashian and Travis Barker’s Italian wedding, the insider noted, adding, “[But] once they got back, they started to feel like they weren’t aligned and realized they have very different lifestyles.”

Jenner and Booker began dating in 2020 but waited until February of the following year to make their romance Instagram-official.

Aside from a few social media shout-outs and vacation sightings, they rarely spoke publicly about their relationship.