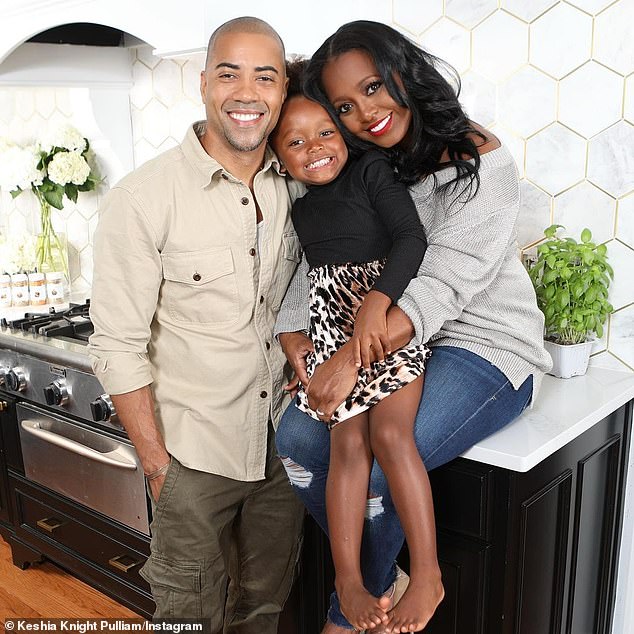 Keshia Knight Pulliam is opening up about the pandemic’s impact on her plans for a second child.

The actress, 42, was beginning the process of freezing her eggs in order to have a child with husband Brad James when the March 2020 shutdown put an end to all ‘elective’ procedures.’

Speaking with People, Keshia described the rapid sequence of events which forced her to postpone the procedure – and her hopes to make egg freezing more accessible to women.

‘They shut down all elective medical procedures’: Keshia Knight Pulliam is revealing how her plans to have a second child were postponed due to the COVID pandemic; Pulliam pictured with her husband Brad James and daughter Ella

She also discussed her new OWN documentary Eggs Over Easy: Black Women & Fertility, which ‘explores the taboo subject of fertility in the Black community’, according to OWN.

Not only does she host the show, but her story ended up being featured in the doc.

‘I never thought I would be one of the stories shared within the documentary,’ she told People. ‘I was 41 at the time and knew that I wanted another kid, but I knew that it wasn’t right now.’

‘I began the process of freezing my eggs,’ Keshia continued, ‘and then literally the day that I was supposed to start my meds is when, as a result of the pandemic, they shut down all elective medical procedures. So, I was unable to continue.’

‘It’s crazy that preserving your right and your ability to have a baby is considered elective. It shouldn’t,’ she said. ‘It should be an option that’s given to all women.’ 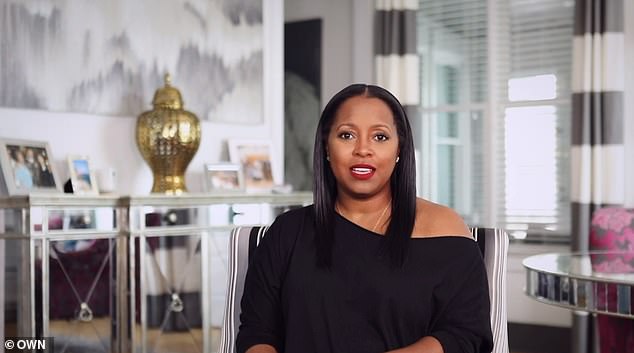 ‘I never thought I would be one of the stories shared’: She also discussed her new OWN documentary Eggs Over Easy: Black Women & Fertility, which she hosts and is also featured in

A myriad of fertility issues are discussed in the OWN documentary, from IVF to adoption, which Keshia believes are important conversations to have, particularly in the Black community.

‘We cannot feel shame around these issues,’ Keshia said. ‘And the more we talk about it, the more we share our stories, the more that we empower other women. And that’s what we have to do, specifically Black women.’

Pulliam also believes the conversation to begin egg freezing should be had earlier in a women’s life before ‘you hit your late 30s.’

‘[For] the average person, by the time you can actually afford it, it may be too late, because it is very, very expensive,’ Keshia said, adding that the procedure itself was ‘grueling’. 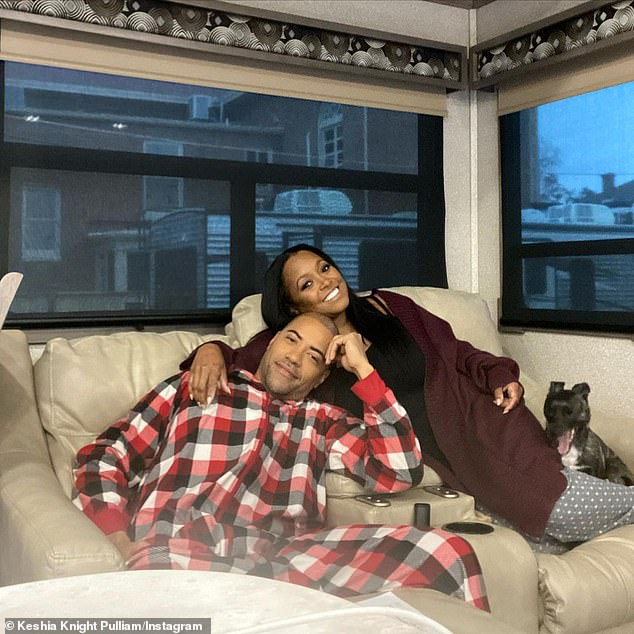 Soulmates! In October 2021 Keshia said ‘I do’ again as she wed Brad at their home in Atlanta, Georgia

In addition to having the tough talk earlier in life, Keshia thinks legislative steps should be implemented in order to make the procedure ‘more accessible’ to women and something insurance would pay towards.

Though postponing the egg freezing process was ‘definitely disappointing,’ Pulliam and her husband are now attempting to have a child together ‘the old fashion way.’

‘A couple of years ago, it was “Okay, we want a baby.” But not now,’ the actress said. ‘Now we’re open to getting pregnant. So, you know, we’ll see what happens.’

In October 2021 Keshia said ‘I do’ again as she wed Brad at their home in Atlanta, Georgia.

‘Last week my life forever changed… I married my best friend at our home surrounded by family & it was magical!!!’ the actress gushed on Instagram.

Like many other couples with lofty wedding dreams during the pandemic, the actress noted she had to scale back her original plans.

‘It wasn’t the large destination wedding we were originally planning. Instead, it was intimate, whimsical, full of love, laughter and joy… Absolutely perfect!! Maybe one day I will share the events that inspired our change of plans. However, for now I can say God makes no mistakes & the joy is in the journey.

‘Covid has definitely taught us to live in the moment and that the present is the greatest “present” that exists. Thank you to everyone who celebrated with us!! Most of all thank you to @mrbradjames my amazing husband, my person, my soulmate. Thank you for renewing my vulnerability & faith in unconditionally love.’ 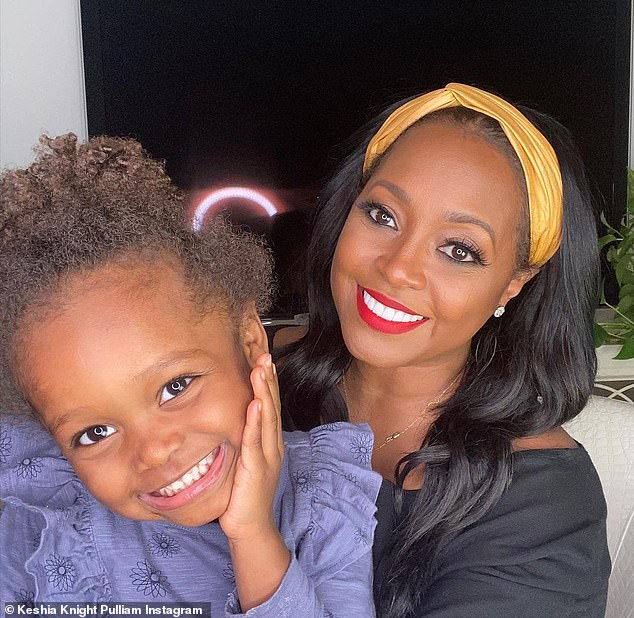 That’s her girl: The former Cosby Show actress already shares four-year-old daughter Ella Grace with her ex-husband Edgerton Hartwell, an NFL player she split from shortly after their 2016 wedding