‘I love that man so much!’ Hayden Christiansen says he is thrilled to be working again with Ewan McGregor for Obi-Wan series adding they ‘are very close’

By Heidi Parker For Dailymail.com

Hayden Christensen is happy to be working with Ewan McGregor on the Obi-Wan Kenobi series for Disney+ after they made three Star Wars prequels together.

The actor, who plays Anakin Skywalker/Darth Vader to Ewan’s Obi-Wan, told StarWars.com they are great friends and have love for each other.

‘We were very close and remain close. We just hadn’t seen each other in a little while. But we got together before we started filming, just to catch up, and it was so nice to reconnect with him. I love the man so much,’ shared the star. 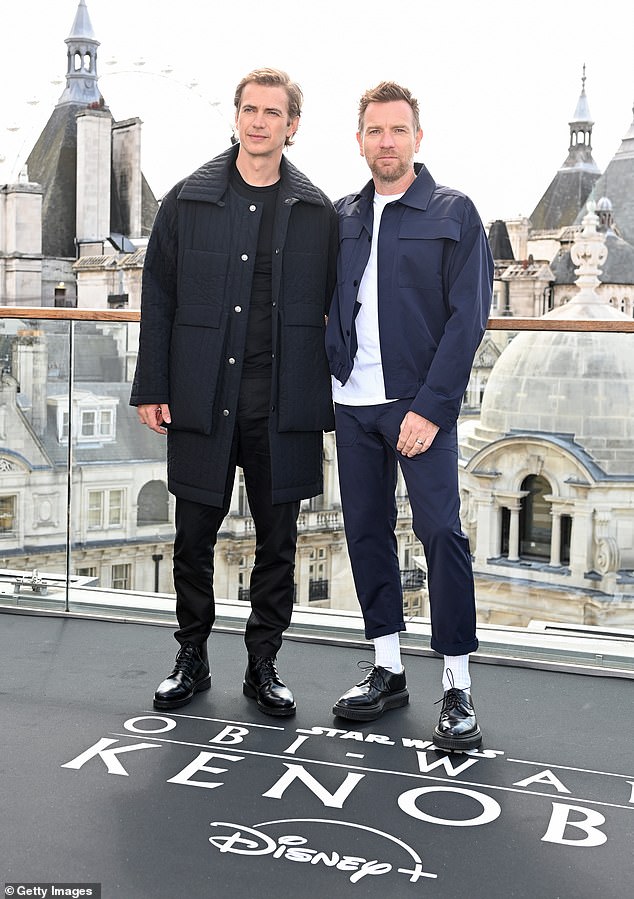 Buddies! Hayden Christensen is happy to be working with Ewan McGregor on the Obi-Wan Kenobi series for Disney+ after they made three Star Wars prequels together. Seen on May 12 in London 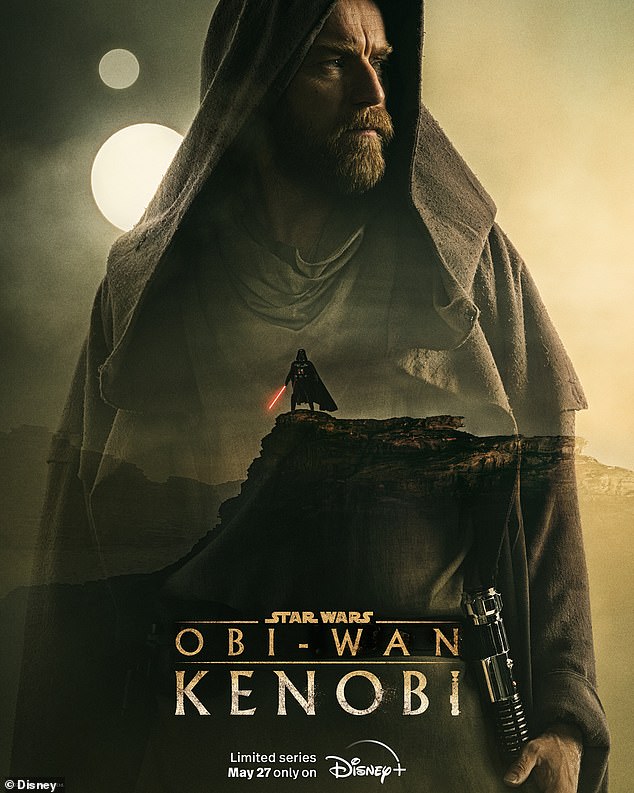 Coming soon: Ewan and Hayden are working together on the new series which debuts May 27

And Hayden is grateful to finally be embraced by Star Wars fans.

The 41-year-old actor portrayed Anakin Skywalker/Darth Vader in the prequel trilogy of the sci-fi franchise and is pleased that the movies have grown to be respected by fans after not being well-received at first.

‘It’s like those films had a gestation period, where they needed a little time to ferment in the public psyche. The reception that the films have now, it’s very heartwarming,’ Hayden told StarWars.com.

Pals: The actor, who plays Anakin Skywalker/Darth Vader to Ewan’s Obi-Wan, told StarWars.com they are great friends and have love for each other. Ewan in Obi-Wan

The actor is returning to the ‘Star Wars’ universe in the upcoming Disney+ spin-off series Obi-Wan Kenobi and was impressed when he watched the trilogy back in preparation for the role.

Hayden said: ‘Watching them again as a whole, I was really struck with the quality and depth of the storytelling and George’s vision for all of it. 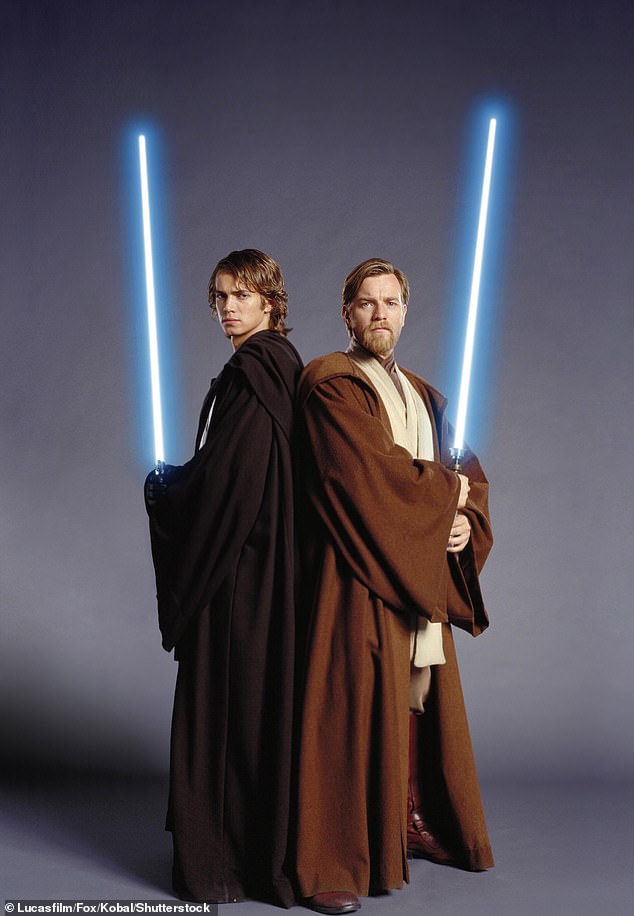 The way they were: Christensen and McGregor in Star Wars Episode III – Revenge Of The Sith – 2005

Ewan previously questioned the quality of the prequel series as he felt the scripts were lacking and said that filming could be ‘tedious’ due to director George Lucas’ obsession with using CGI technology.

The 51-year-old star recalled: ‘George loves technology and loves pushing into the realm. He wanted more and more control over what we see in the background.

‘After three or four months of that, it just gets really tedious – especially when the scenes are … I don’t want to be rude, but it’s not Shakespeare. There’s not something to dig into the dialogue that can satisfy you when there’s no environment there. It was quite hard to do.’