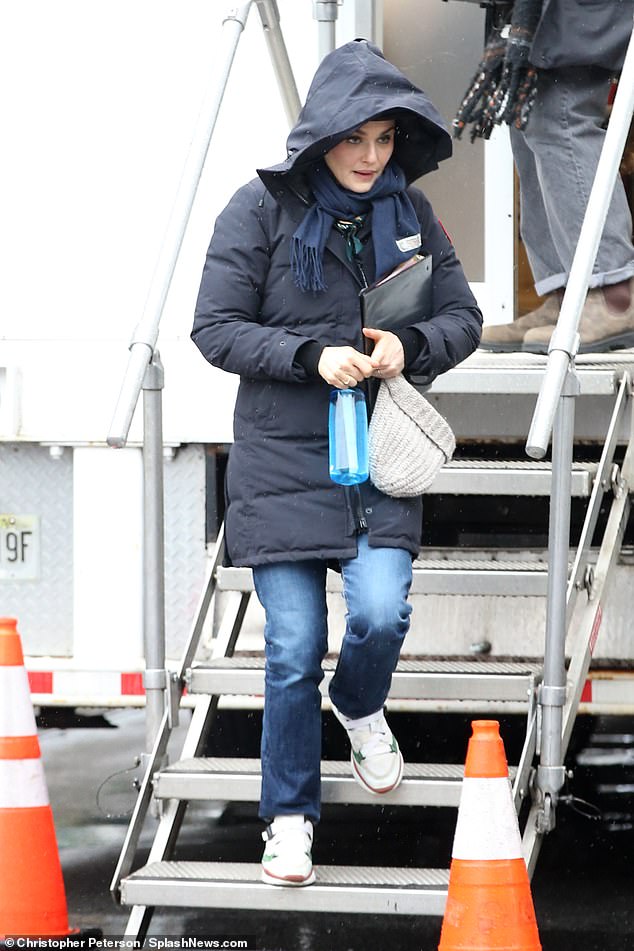 By Ellen Coughlan For Mailonline

She’s been busy filming TV series Dead Ringers for the past few months.

And Rachel Weisz wrapped up warm in a padded jacket as she braved the rain on set on Wednesday in New York.

The actress , 51, opted for comfort in casual jeans and wrapped a navy scarf around her neck.

Chilly: Rachel Weisz wrapped up warm in a padded jacket as she braved the rain on the set of TV series Dead Ringers in New York on Wednesday

She completed her relaxed outfit with white trainers and carried her belongings in a beige net bag.

The actor also carried a water bottle and a clip board in her hands as she left her trailer.

In another snap, the star was spotted wearing wellington boots and black fur earmuffs on set.

Even while stepping out in the bone-chilling temperatures, Rachel looked in good spirits. 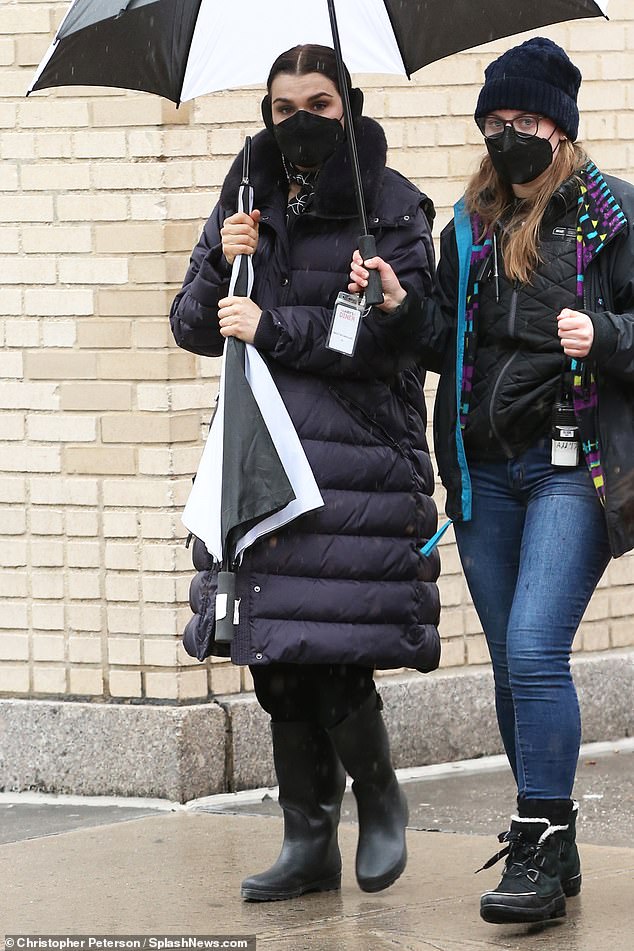 Cosy: The actor, 51, opted for comfort in casual jeans and wrapped a navy scarf around her neck as a crew member held an umbrella over her head

Rachel has been busy filming the upcoming series Dead Ringers in Brooklyn, a show based on David Cronenberg’s 1988 film of the same name.

The actress began working on the project last year, when it was announced that she would be starring in and producing the show.

The original film was partially based on the lives of Stewart and Cyril Marcus, a pair of gynecologists who also happened to be identical twins, as well as Bari West’s 1977 novel Twins.

The feature starred Jeremy Irons, who received much critical praise for his work.

The film was centered on a pair of twin gynecologists whose relationship begins to worsen after one of the two becomes attracted to a patient.

The new version of Dead Ringers will focus on a gender-swapped pair of medical practitioners living in New York.

According to Deadline, the updated take on the movie will also highlight various issues regarding the professional lives of women.

The media outlet also reported that Weisz had come up with the idea for the show and contacted Alice Birch, who previously worked on Hulu’s Normal People, to write its first script.

The project was eventually given a straight-to-series order by Amazon executives last year.

Dead Ringers season one is set to premiere in March 2022. 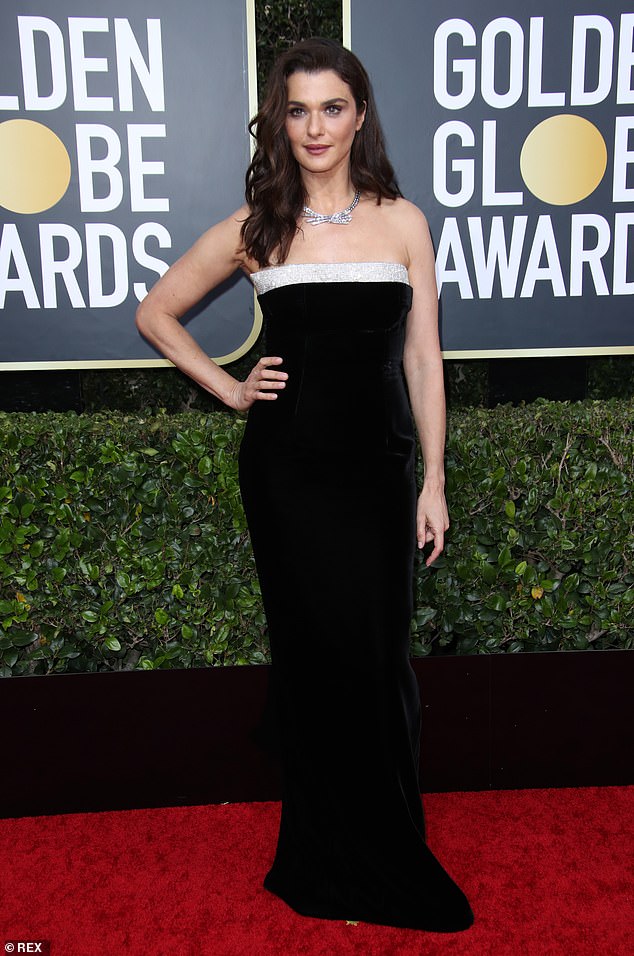 Stunning: Dead Ringers season one is set to premiere in March 2022 (pictured in 2020)