Chinese President Xi Jinping and other Communist officials have been directly linked to atrocities against Uyghur Muslims in a new leak of top secret documents.

The trove contains what appear to be transcripts of speeches given by Xi, Chinese Premier Li Keqiang and other officials that directly led to the creation of re-education camps, forced sterilization, and forced labour transfers of Uyghurs, analysts say. The papers, which run to 317 pages, were first handed to the Uyghur Tribunal currently underway in London and were passed to a panel of experts led by German academic Adrian Zenz for analysis.

His summary of the documents, including translations and original papers, was published for the first time on Saturday.

Dr Zenz lays out how speeches given by Xi, Li and other officials in the wake of terror attacks in China in 2013 and 2014 – blamed on Uyghur separatists – led to the creation of a regime which now represses and persecutes Muslims in Xinjiang.

His analysis details how words spoken by Xi and others were later quoted – sometimes verbatim – by those who developed and implemented the regime.

A very similar phrase was then used by Cheng Quanguo, a party official overseeing the Uyghur crackdown in Xinjiang, when he gave an infamous 2017 speech in which he said ’round up everyone who should be rounded up.’

Tens of thousands of Uyghurs have been thrown into forced reeducation camps, forcibly sterilized and had their families broken up in a Chinese crackdown on the minority

Quanguo’s speech was given in the context of rounding up Uyghur’s to be sent to forced ‘re-education’ camps.

In another speech, Xi referred to religious extremism as a ‘poison’ that had to be corrected with ‘medicine’ to ‘support the correct, remove the evil.’

In 2017, a work report from a re-education camp used the exact same phrase – ‘support the correct, remove the evil’ – while assessing the aim of its work.

Xi’s 2014 speeches also seem to have inspired the forced sterilization and birth control campaigns targeting Uyghur women in Xinjiang, after he said that ‘population proportion an population security are important foundations for long-term peace and stability.’

That statement was then quoted verbatim by a senior Xinjiang official in July 2020, who used it to argue that Xinjian’s ethnic Han Chinese population was ‘too low’.

Xi also stated that birth control policies should be made ‘equal for all ethnic groups’, a phrase that was later used by the Xinjiang Health Commission as its stated aim while it tried to reduce birth rates among Uyghur populations. 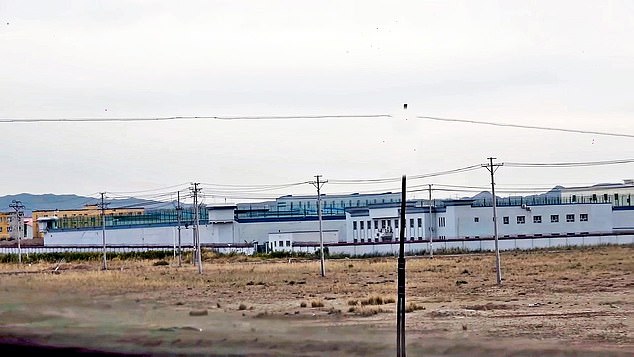 Other speeches also linked Xi’s ideas with policies that forced Uyghurs to relocate for work, forced children to attend Han boarding schools, repressed religious ceremonies such as weddings, and forced of Han and Uyghur households to merge.

It is not the first time that senior Chinese leaders have been linked to the crackdown on Uyghurs in Xinjiang.

In 2019, the New York Times published its own trove of information that Dr Zenz said includes many of the same documents he was asked to analyse.

But, he said the papers published by the NTY ‘didn’t mention several key documents, didn’t bring out key links, and didn’t disclose the secrecy level of Xi’s speeches’.

Beijing has vehemently and consistently denied that its policies in Xinjiang constitute ‘genocide’, and argues it is carrying out anti-terror operations.