An Australian comedian who lost his mother in the 9/11 terror attacks will be unable to visit a memorial on the 20 year anniversary due to Sydney’s Covid restrictions, and has asked those local to the plaque to lay flowers on his behalf.

Simon Kennedy’s mother, Yvonne, was one of the 10 Australians killed when terrorists crashed four hijacked planes into New York’s Trade Centre towers, the Pentagon, and Shanksville, Pennsylvania on September 11, 2001.

She was travelling on American Airlines Flight 77 from Washington DC to Los Angeles when it was flown into the Pentagon, killing all 189 on board.

On Saturday, it will be two decades since almost 3,000 people lost their lives in the series of co-ordinated attacks led by militant Islamist terrorist group al-Qaeda. 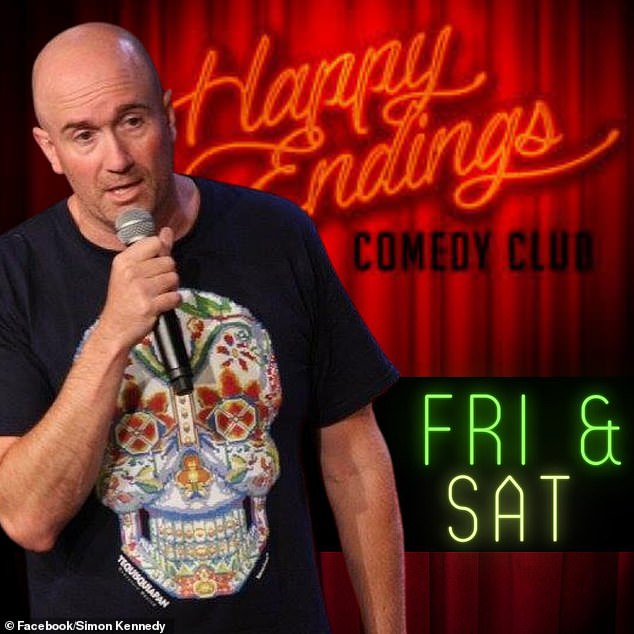 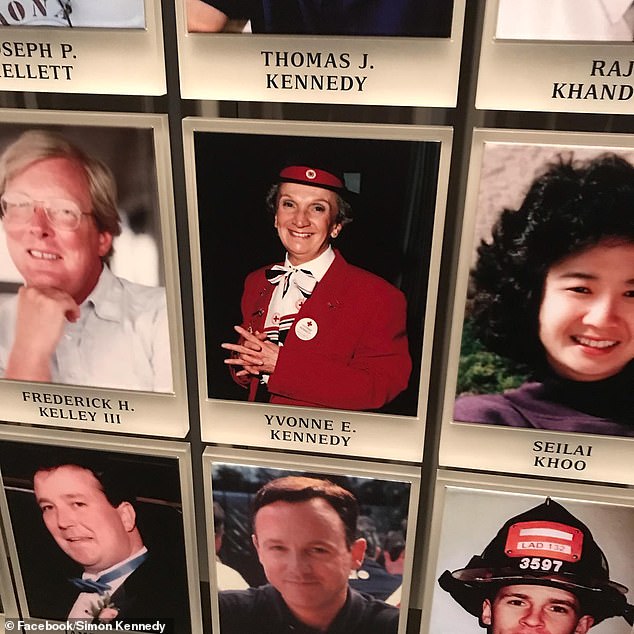 Mr Kennedy’s mother Yvonne was on American Airlines Flight 77, which crashed into the Pentagon in Washington DC

Mr Kennedy had hoped to visit the memorial tree and plaque in Sydney’s CBD, but under the city’s Covid rules, residents are banned from travelling more than 5kms away from home.

‘This Saturday marks 20 years since our mum and nine other Australians were lost in the 9/11 attacks,’ he tweeted this week.

‘I can’t be at the Pentagon to remember her, I can’t even visit this tree that was dedicated to the 10 Aussie victims as it’s more than 5km from my house.

‘I know there are folks who have missed funerals, last breaths, births & other moments because of Covid restrictions – so I’m not going to complain or try & find a workaround (I’m looking at you @ScottMorrisonMP). 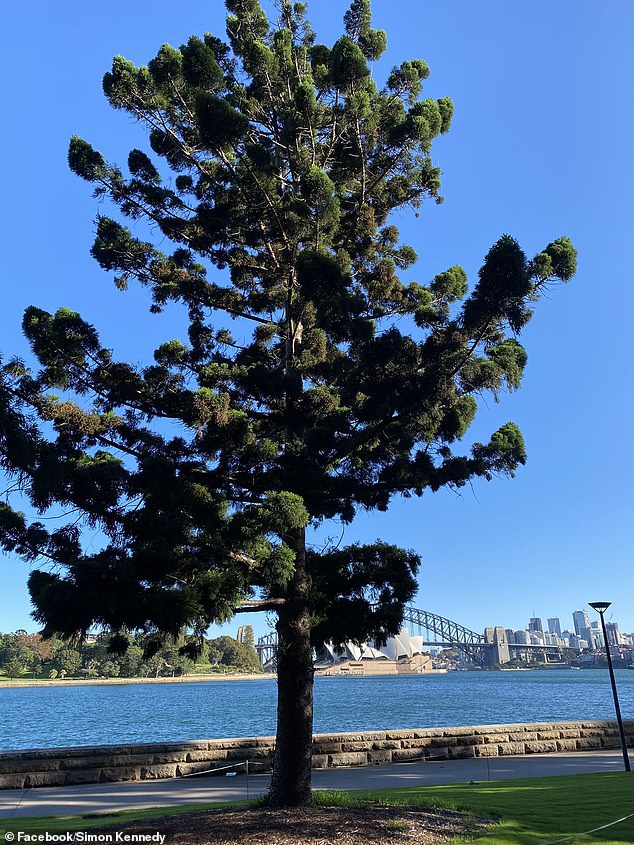 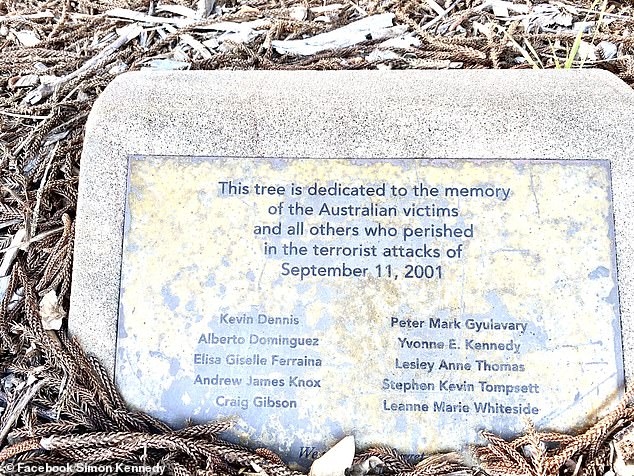 Instead, Mr Kennedy made a heartfelt appeal to locals to pay tribute to those who tragically lost their lives by laying flowers at the site on his behalf.

‘I will put this out there – if *you* happen to live within 5kms of this beautiful Araucaria “Norfolk” Pine (close to where the opera stage often is) and feel like laying some flowers on Saturday, I’d be most grateful,’ he said.

The memorial, which is inscribed with the names of the 10 Australian victims, is nestled in the Royal Botanic Garden between the Opera House and Mrs Macquarie’s Chair.

‘This tree is dedicated to the memory of the Australian victims and all others who perished in the terrorist attacks of September 11, 2001,’ the plaque reads.

‘We will never forget.’ 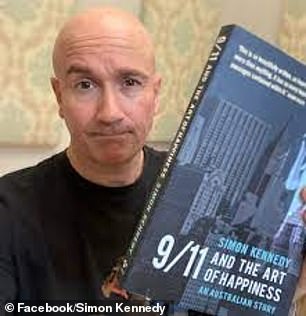 Mr Kennedy said he will instead mark the anniversary ‘quietly with my wife and kids, remembering what an amazing woman Yvonne Kennedy was’.

A commemoration is held every year at the 9/11 Memorial plaza in New York, where family members read aloud the names of the 2983 victims of the terror attack and 1993 World Trade Centre bombing.

The ceremony observes six moments of silence to correspond with when each of the planes crashed into the four landmarks and when the two Trade Centre towers fell.

In 2014, Mr Kennedy published a memoir reflecting on the loss of his mother, titled: ‘9/11 and the Art of Happiness: An Australian Story.