Girl, 15, is the youngest person in Victoria to die after contracting Covid

A COVID-positive teenage girl with other health conditions has become the youngest Victorian to die during the current outbreak.

Victoria’s COVID-19 commander Jeroen Weimar on Saturday confirmed a 15-year-old girl had died while infected with the virus.

She was among seven deaths reported over the past 24 hours, with the others involving three men and two women aged in their 50s to 80s.

Their deaths takes the toll from the current COVID-19 outbreak to 138. 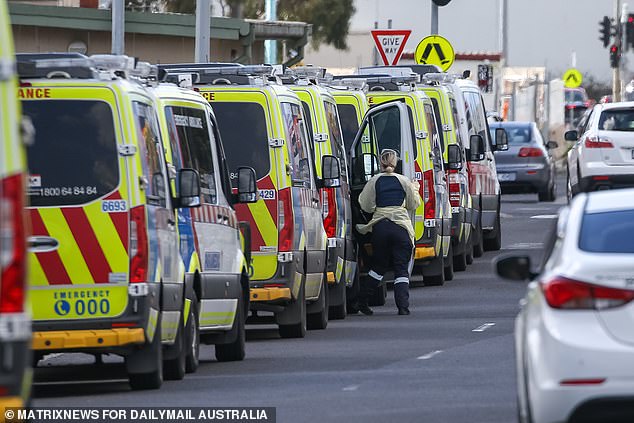 ‘That is a sad and tragic case, we won’t be making more comments on her. But we will send our best wishes to her family and the family of all those who have lost their lives with COVID, particularly in the last 24 hours,’ Mr Weimar told reporters.

Victoria reported a further 1993 locally acquired infections on Saturday, as its active cases jumped to 21,600.

Almost 80,000 virus tests were conducted on Friday, while more than 40,000 vaccine doses were administered at state-run hubs as the state closes in on its 70 per cent full vaccination target.

Mr Weimar said 88.5 per cent of Victoria’s over-16 population have now had one vaccine dose and 64.3 per cent both.

Meanwhile, the Victorian government is under fire over a COVID-19 restriction ‘anomaly’ that will let fully vaccinated people from NSW travel across the state before Melbourne residents.

Doubled-dosed Victorians and non-residents from ‘red zones’ such as Greater Sydney will be able to enter Victoria without quarantining for 14 days from 11.59pm on October 19.

They must still return a negative COVID-19 test 72 hours before arrival in Victoria, and then isolate, get tested again within 72 hours and remain in isolation until they receive a negative result.

Fully vaccinated travellers from “orange zones” will also no longer be required to get tested or isolate upon arrival.

The permit changes, which do not apply to unvaccinated or partially vaccinated people, open the door for Victorians to reunite with family and friends from NSW weeks before those in the state’s regions. 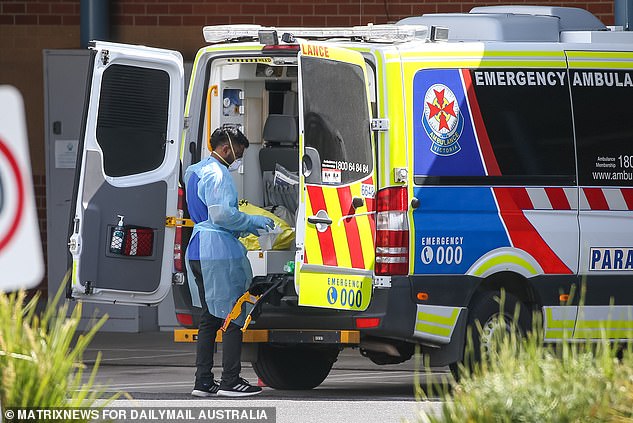 Melburnians are currently subject to a 15 kilometre travel limit, which will expand to 25km when 70 per cent of people over 16 are fully vaccinated, and regional travel is banned until it hits 80 per cent coverage under the state’s roadmap.

When pressed on the inconsistency on Friday, Health Minister Martin Foley told reporters to ‘take a chill pill’.

‘There will of course be transitional anomalies but as we get to 70 and 80 per cent, as per the roadmap, they will evaporate,’ he said.

Shadow Treasurer David Davis said it was “bizarre” and “strange” Sydneysiders would be able to go to any part of Victoria and follow local restrictions rules, while he couldn’t visit his father on the Mornington Peninsula.

‘It clearly doesn’t make sense that you can have people flow in from NSW in that way and yet 5.5 million Melburnians are locked down,’ he said.

Premier Daniel Andrews is expected to announce the exact date Melbourne will exit its sixth lockdown on Sunday, with the state to hit 70 per cent full vaccination ahead of schedule next week.