By Sam Joseph Semon For Dailymail.com

DC gave fans a first look at the concept art for the upcoming Batgirl film at the DC FanDome event on Saturday.

In the image, the counterpart to the Caped Crusader was seen making her way to the end of a gargoyle-esque structure while taking in a view of a neon-lit Gotham City.

In The Heights’ Leslie Grace and directors Adil El Arbi and Bilall Fallah also appeared at the event, where they revealed that the new incarnation of the character would wear a cowl as opposed to a mask and that she would have bright red hair. 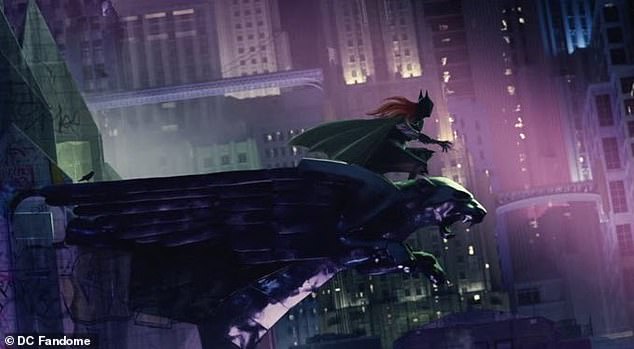 An inside look: DC gave its fans a look at the concept art for the upcoming Batgirl film during the DC FanDome event on Saturday

Development on a Batgirl film initially was initially reported on in 2017, when it was announced that Joss Whedon had signed on to write, direct and produce a feature based on the character.

At the time, Variety revealed that the feature would be set in the burgeoning DC Extended Universe.

However, it was revealed that the 57-year-old screenwriter had dropped the project the following year, when it was supposed to go into production.

Whedon later spoke to The Hollywood Reporter and told the media outlet that ‘it took me months to realize I really didn’t have a story.’ 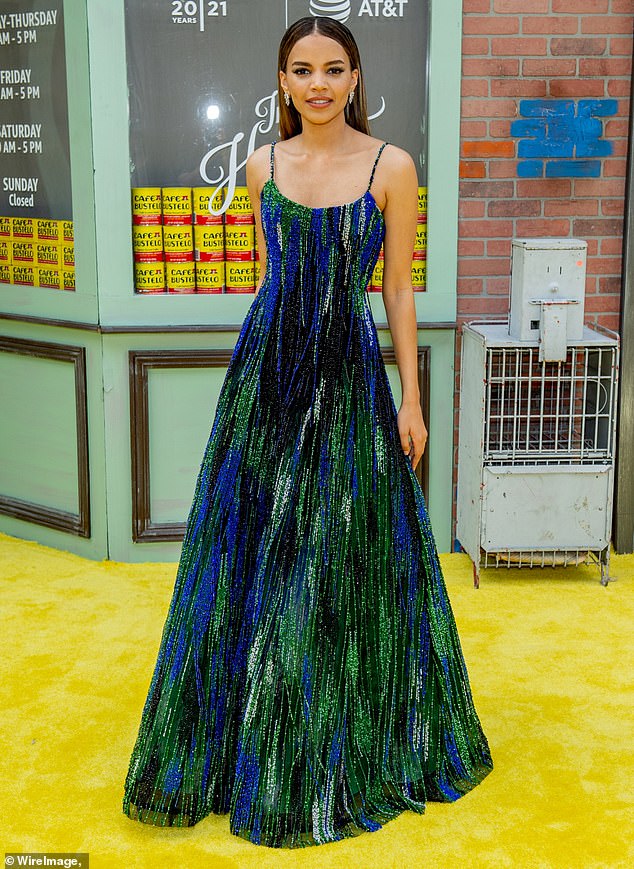 Speaking out: Leslie Grace also appeared at the event and gave fans a bit of insight into the upcoming feature’s themes; she is seen in June 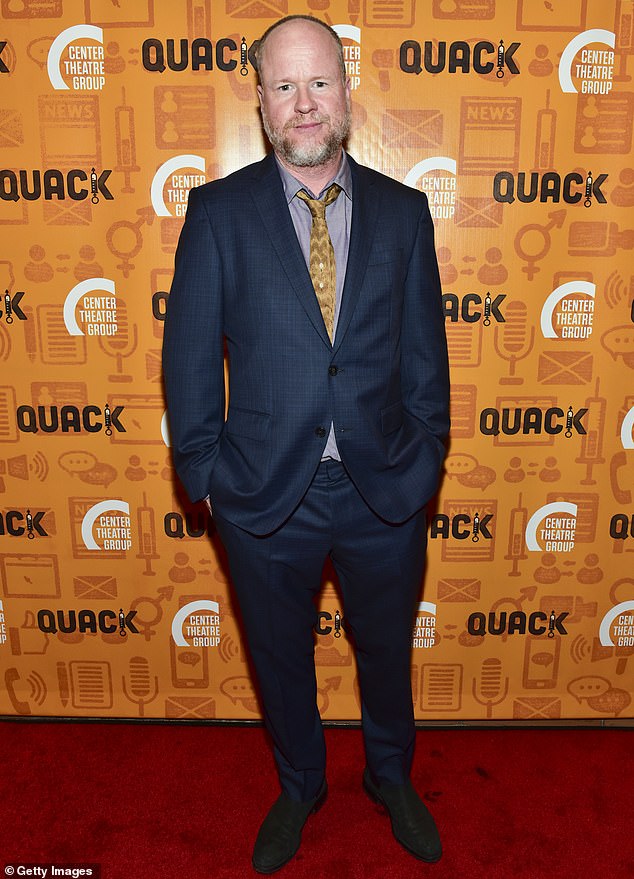 In the past: Joss Whedon previously signed on the helm the feature, although he left the project in 2018; he is seen in October of that year

The embattled producer added: ‘everyone who was so welcoming when I arrived, and so understanding when I…uh, is there a sexier word for “failed”?’

That April, it was reported that Bumblebee writer Christina Hodson had signed on to pen the feature’s script in the director’s place.

El Arbi and Fallah, who are known for helming films such as Bad Boys For Life, joined the project this past May.

Producer Kristin Burr previously spoke to The Hollywood Reporter and told the media outlet that the feature would show off new elements of the character and her surroundings. 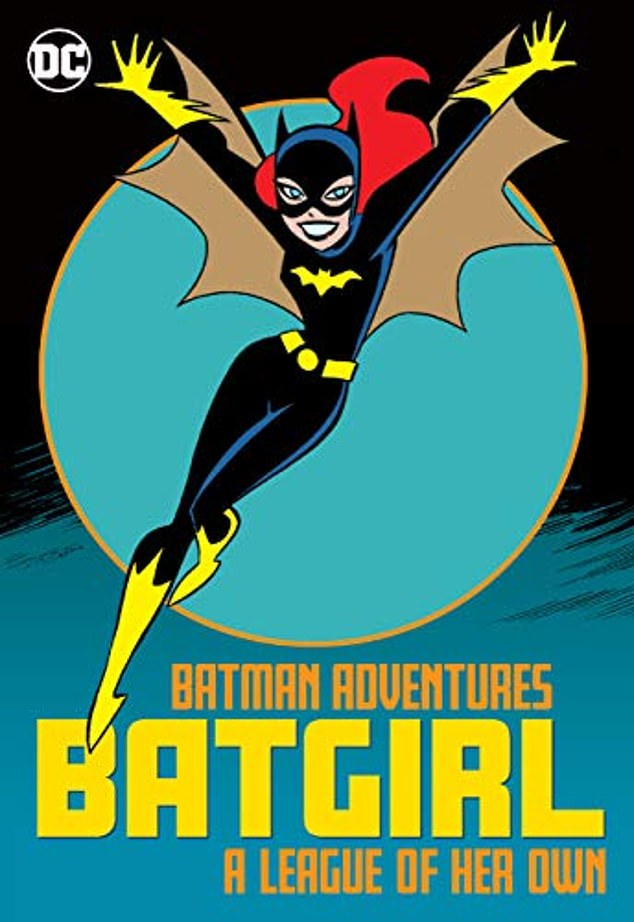 Moving on: After Whedon left the project, Christina Hodson signed on to write its screenplay

‘With Batgirl, we hope to take the audience on a fun ride and see a different side of Gotham,’ she said.

The producer also noted that she was happy to be working with the project’s creative team, in whom she placed her faith.

‘Christina’s script is crackling with spirit. Adil and Bilall have an excited and joyous energy, which is infectious, making them the perfect filmmakers for this Batproject. And I’m just psyched I get to be part of the DC universe, which is super cool.’

Screen testing for Batgirl’s title role later began in July, with actresses such as Zoey Deutch, Isabela Merced and Haley Lu Richardson vying for the spot. 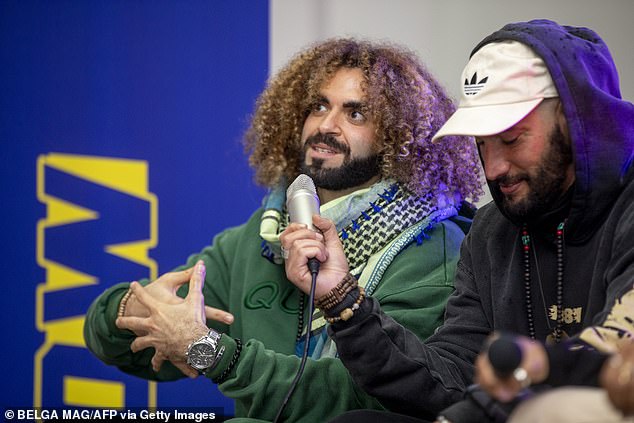 Working well: Producer Kristin Burr previously noted that El Arbi and Fallah would bring ‘an excited and joyous energy’ to the project; they are seen in May

After a period of consideration, Grace was eventually picked and inked a deal to appear in the forthcoming feature.

It was later revealed that J.K Simmons was in talks to reprise his role as Commissioner James Gordon for the upcoming film.

The performer previously portrayed the figure in 2017’s Justice League and was also featured in Zack Snyder’s cut of the flick, which was released this past March.

Batgirl is currently set to be released on the HBO Max streaming service at some point in 2022. 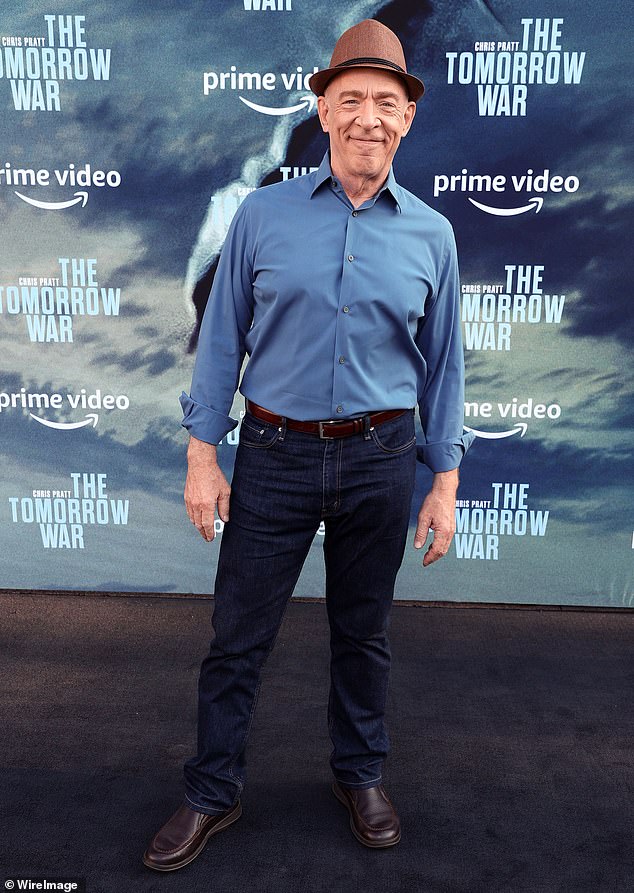 Back at it again: J.K Simmons was previously revealed to have been in talks to reprise his role as Commissioner James Gordon in Batgirl; he is seen in June