D.C. House member bizarrely denies she released six zebras that went on the run the capital and claims she ‘has an alibi’

Washington, DC‘s nonvoting delegate to the House of Representatives did not release a small herd of zebras that have been running rampant across the capital’s suburbs for a week, she claimed in a humorous statement released Friday.

Authorities were first alerted to six zebras that reportedly escaped a private Maryland farm 20 miles away from Washington on August 31.

Since then they’ve been spotted behind backyards and grazing in fields that are common in the rural area.

But on Friday, DC Congresswoman Eleanor Holmes Norton wanted the world to know she had nothing to do with it.

In a statement headlined ‘Norton Denies Responsibility for Setting Zebras Free, Supports Freedom Generally,’ the Congresswoman revealed that ‘a member of the public’ had accused her of being the culprit. 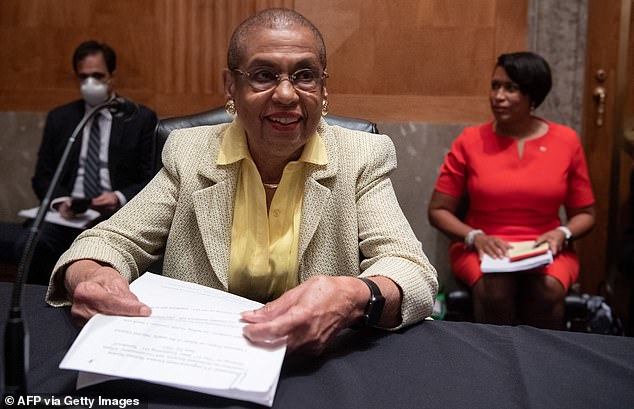 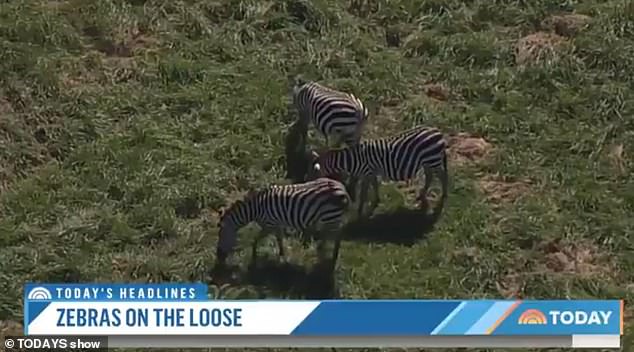 The unknown accuser ‘noted that, historically, Norton has valued the principle of consent of the governed, most notably in the fight for statehood for the District,’ she said in the introduction to her statement.

The DC delegate has long been known for spearheading efforts to get statehood for her city, which currently has no voting rights in the House or Senate.

‘Local news has reported that the zebras were let loose on Saturday or Sunday of last weekend, a period of time during which I was enjoying quiet time at home with family,’ Norton wrote.

‘My alibi is solid, but given my career of fighting for statehood for the District, which includes years of explaining the importance of having consent of the governed, and given my recent opposition to fences, I can understand why the charge was made.

Norton wished the owners luck in finding their animals and expressed hope they would ‘live long, full lives.’

A herd of 39 zebras – also known as a ‘zeal’ or ‘dazzle’ of zebras – reportedly live on a farm in Maryland. It’s believed the six animals escaped from there. 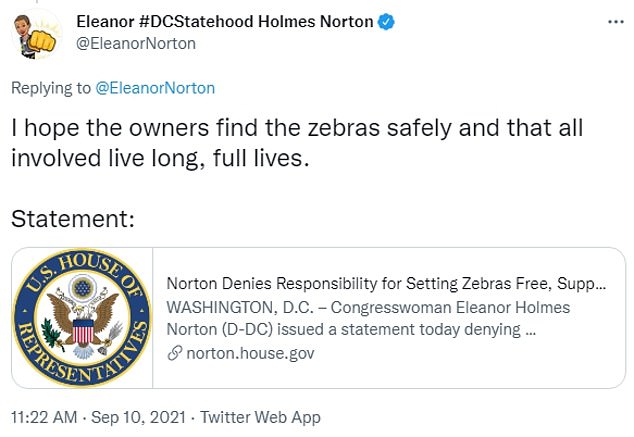 They are legally owned and were brought to the farm from Florida roughly two weeks prior, the New York Times reports.

Prince George’s County Animal Services Division chief Rodney Taylor told the outlet he doesn’t know why the zebras are being held in Maryland, but that they aren’t part of a zoo or other public display.

Taylor described efforts to corral the zebras to a local ABC affiliate on Wednesday.

‘You can’t hunt them down. They’re just too fast, they run, they won’t let you get near them,’ he said.

Taylor said authorities have set up a feeding station for the animals and they are ‘winning their confidence,’ adding the zebras now regularly eat there in the early morning hours between 2 a.m. and 4 p.m.

After the zebras are comfortable enough Taylor said they will add ‘corral panels’ around the feeding station and slowly create a closed pen where they will be tranquilized and returned to the farm.

He mentioned the exotic animal farm where they escaped from has had one other runaway – but couldn’t say which creature it was.

‘Have at it’: Biden vows to take on Republicans trying to overturn his vaccine mandates #englishheadline #Biden #vows #Republicans #overturn #vaccine #mandates