The operator of an obscure website about tunnels under Washington, DC, alerted the FBI about a huge spike in traffic from militia sites and apparent Trump supporters in the days before the January 6 Capitol riots.

Former Capitol Hill intern Elliot Carter is the creator and curator of WashingtonTunnels.com, a website dedicated to the underground tunnels and pipe systems in the nation’s Capitol.

The site includes maps and details of the underground transit rail system, along with water and sewer systems and has a steady following among local history and city planning buffs.

It also has maps of the underground tunnels on the Hill, usually used by staffers and occasional visitors to travel from the Capitol building to House and Senate Office Buildings, the Library of Congress and the Capitol Visitor Center.

In the days before the Capitol riots, Carter notified the FBI’s Washington Field Office after noticing an uptick in traffic to his site with views coming from unusual sources – including anonymous message boards, sites and forums named after militias or firearms, or using Donald Trump’s name.

His tip was mentioned in a Senate review of the insurrection as part of a mountain of evidence that authorities were forewarned about potential violence on January 6 but failed to prepare. 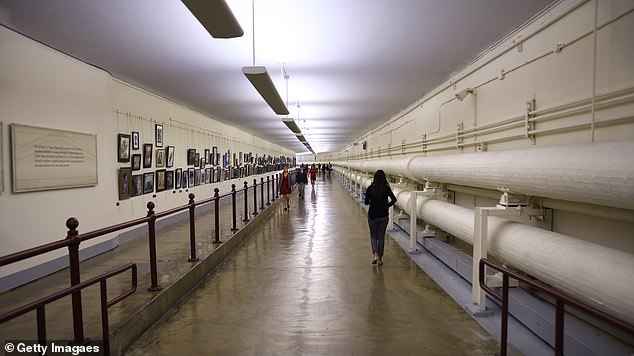 The website WashingtonTunnels.com is dedicated to the underground tunnels and pipe systems in the nation’s capitol 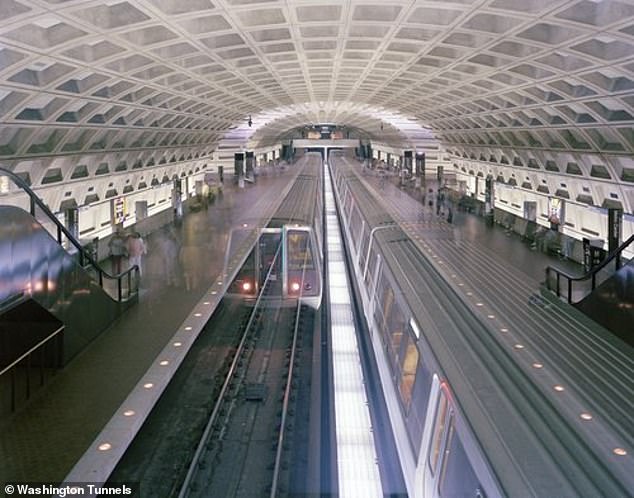 Included on the site are maps of the underground tunnels on the Hill, usually used by staffers and occasional visitors to travel from the Capitol building to House and Senate Office Buildings, the Library of Congress and the Capitol Visitor Center

Carter told NBC Washington his traffic is normally limited to visitors and referrals from people in DC and in nearby communities in Virginia and Maryland.

Starting on New Year’s Day the website saw an unusual spike in traffic from all over the country.

‘These people were suddenly obsessed with the Capitol building,’ Carter said.

According to Carter, analytics revealed that the page views were coming from hyperlinks shared on anonymous message boards, sites and forums named after militias or firearms, or using Donald Trump’s name.

‘These were names I really didn’t recognize,’ he added.

Carter said he was so concerned that he decided to contact the FBI’s Washington Field Office.

Although he never got a reply to his email, his the tip about his website was mentioned in the US Senate Rules Committee’s June 2021 review of the U.S. Capitol insurrection.

The report cited an ‘online tip’ was ‘received by the FBI National Threat Operations Center of a ‘significant uptick’ in new visitors to the website WashingtonTunnels.com.’ 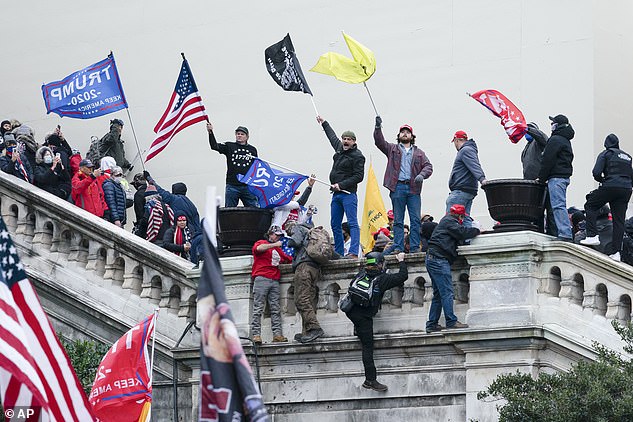 A Capitol Police spokesman confirmed to NBC Washington that they were alerted by a law enforcement source about the spike in website traffic regarding the maps but they were not prepared for the incoming insurrection.

‘Ahead of January 6, the USCP knew Congress and the Capitol grounds were to be the focus of a large demonstration attracting various groups, including some encouraging violence,’ the spokesman said in a statement. ‘Based on this information, the Department enhanced its security posture. What the intelligence didn’t reveal was the large-scale demonstration would become a large-scale attack on the Capitol Building, as there was no specific, credible intelligence about such an attack.’

‘The USCP consumes intelligence from every federal agency. At no point prior to January 6 did it receive actionable intelligence about a large-scale attack,’ the statement added.

NBC Washington reported that the traffic that flooded the site might have started on anonymous message boards, but went mainstream when a hyperlink to the website was shared on Twitter on January 4, which

Kristofer Goldsmith, a military veteran who studies extremist groups and their use of social media and communications technology, told NBC that it was inevitable that Carter’s site would be shared on a more mainstream social media platform.

‘It may start in the dark corners of the internet, but where it becomes dangerous is when it ends up on these mainstream platforms,’ he said.

Following the riots, Carter took the website offline, but later brought it back online because the site does not actually contain any sensitive information that is not already public knowledge.

Just before the attack, Trump delivered fiery remarks at the White House and then encouraged his supporters to march to Capitol Hill.

Trump has denied any wrong doing although he spent the weeks after the November election falsely claiming he won and was the victim of voter fraud.

He was impeached a second time on charges of he incited an insurrection at the Capitol. He was acquitted by the Senate.

Four people died on the day of the violence, one shot dead by police and the other three of natural causes.

A Capitol Police officer who had been attacked by protesters died the following day.