Dominic Cummings has labelled Boris Johnson‘s Cabinet shake-up a ‘Carrie Reshuffle’ as he reignited his war of words with the Prime Minister.

But Downing Street categorically rejected the suggestion that Mr Johnson had consulted his wife about ministerial appointments.

It came as Number 10 refused to say when Mr Johnson had formulated his reshuffle blueprint after saying yesterday there were ‘no plans’ to change the PM’s top team. 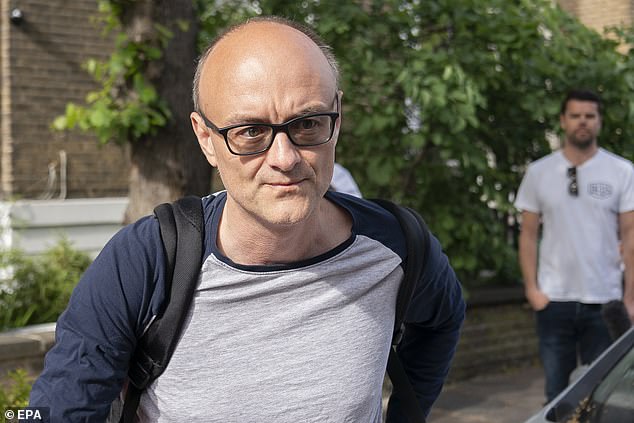 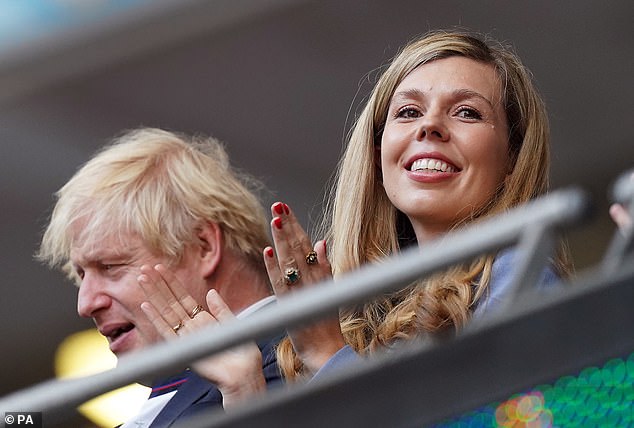 Mr Cummings has been a vocal critic of Mr and Mrs Johnson since he left Downing Street in November 2020 after losing an internal power struggle.

He tweeted this morning to take aim at Health Secretary Sajid Javid for defending Tory MPs for not wearing masks in the House of Commons and to criticise the Government’s Winter Plan for tackling the spread of Covid-19.

‘- MPs dont need masks cos ‘theyre not strangers’! – Plan B kicks in AFTER it’s ‘out of control’!

Asked at lunchtime if the PM had consulted Mrs Johnson on this afternoon’s reshuffle, the Prime Minister’s Official Spokesman said: ‘No.’

The spokesman would not be drawn on when Mr Johnson had drawn up his reshuffle plans.

Asked why it took place today, he said: ‘As you have seen, we have produced our autumn winter plan for coronavirus yesterday, that remains a key priority for us.

‘But we know the public also want us to deliver on their priorities and that is why the Prime Minister wants to ensure we have the right team in place for that.’

Reports had circulated last week that Mrs Johnson wanted Liz Truss to be sacked from her role as international trade secretary amid claims of a row about animal welfare protections in trade deals.

Ms Truss was today promoted as she replaced Dominic Raab as Foreign Secretary.